Why I’m More Optimistic than Ever about Biodiversity Conservation 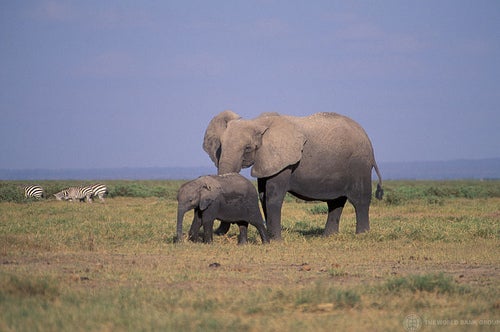 Conservation biology was baptized as an interdisciplinary problem science in 1978 at a University of California San Diego conference. But the conservation movement precedes this conference by at least a century, when the first national park was established in Yellowstone in 1872 and signed into law by U.S. President Ulysses S. Grant. Both the academic discipline and the practice of conservation have had two things in common for a long time: they remained steadfast to their original mission to protect nature and their proponents were largely American and European and mostly middle class.

But nothing stays the same forever.
At a recent high-level panel on biodiversity and the sustainable development goals hosted by the Prime Minster of Malaysia, I remarked upon a watershed moment that has arrived to signal a change in biodiversity conservation. In fact, it’s more like three moments that together signal new maturity in a field that for too long has been dismissed as a luxury pursuit unrelated to economic growth or poverty alleviation.

Firstly, the science and practice of the conservation and sustainable use of biodiversity is no longer fixated on the impact other sectors have on biodiversity. Rather, as a discipline, we are experiencing a shift towards a discussion of what biodiversity can do for other sectors – how the goods and services that biodiversity provides underpin agricultural yield, make wild protein available for communities and families who need it, prolong the life of infrastructure investments, and act as vehicles to attract public and private investment at the rural frontier. That’s not to say that impact isn’t still important. Growing strong economies means that all forms of capital – economic, financial, social and natural – are carefully stewarded and investments in one do not undermine the sustainability and growth of another. But through vehicles such as the WAVES partnership (Wealth Accounting and Valuation of Ecosystem Services), the biodiversity community has found a language in which to discuss how nature, natural capacity and biodiversity can drive strong economies and underpin healthy communities.

WAVES is a global partnership that promotes sustainable development by ensuring that natural resources are mainstreamed in development planning and national economic accounts. It is the culmination of a shift in environmental thinking, which has moved from impact to dependencies. It is also the vehicle by which the biodiversity community has been able to achieve a second moment of import: changing its audience from the choir to the unconverted.

Secondly, the biodiversity community has focused its energies on building the capacity of environment ministries worldwide and developing for them a strong civil society counterpart.  This has been, and will remain, critical. But now the community also recognizes the importance of helping those self-same environment ministries to dialogue with ministries of finance, economy and planning. Tools such as those developed by WAVES under the UN System of Environmental Economic Accounts, or the use of adjusted net savings measures (ANS) as a sustainability indicator building on the concepts of green national accounts, have translated information on biodiversity and ecosystem services into a language that resonates with decision-makers more broadly across economies. While the community has always spoken to these ministries, they have never done so in a language that is immediately understandable as an input to decision-making. Never before have we been able to show conclusively that conservation and sustainable use drives economic growth and poverty alleviation now and into the future, or talk convincingly about the reality of trade-offs across landscapes. Already, the idea that conservation and sustainable growth are linked is gaining traction, and countries like Botswana, Colombia, Indonesia, the Philippines, Rwanda, and others have begun working with WAVES to include natural resources in their development planning.

The third and perhaps most noticeable change is that leaders are increasingly coming from developing and middle-income countries, and leadership on these issues is being pushed by countries from the global south. Many of the most important voices in the community are coming from women, many of whom are making the case for biodiversity from their countries. Women like President Ellen Johnson-Sirleaf or the head of her Environment Protection Agency, Anyaa Vohiri, who have prioritized conservation and sustainable use of natural capital as critical to economic growth and poverty alleviation in Liberia; or Nicole Leotaud, Executive Director of The Caribbean Natural Resources Institute (CANARI), a leader in building home-grown capacity for participatory biodiversity conservation and sustainable use in pursuit of equitable growth. Just three of the cadre of amazing women who have begun to make the biodiversity community in their own image.

We have reached a moment where we have people with the moral authority to speak compellingly and convincingly to influencers, not just about protecting nature but about biodiversity as a vehicle to deliver public services. Because of these changes, I’m more optimistic than ever about the future of biodiversity.
Topics
Agriculture and Food
Climate Change
Environment
Water
Countries
Botswana
Colombia
Indonesia
Philippines
Rwanda
Regions
Africa
Latin America & Caribbean