Why Women Don't Work in the Western Balkans 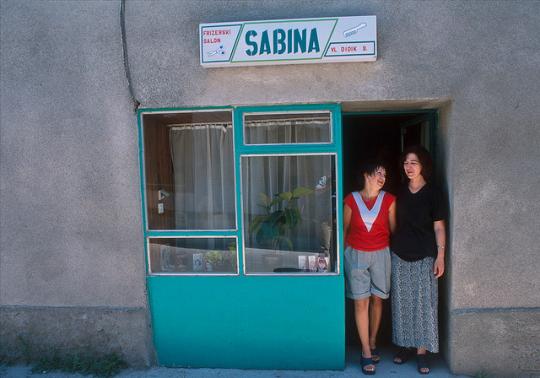 Only half of the working age population participates in the labor force in the Western Balkans. This is low by both European and global standards - but participation among women is even worse. This rate was only about 42% in Bosnia and Herzegovina, and a mere 18% in Kosovo in 2012 - the lowest in all of Europe and Central Asia. This participation gap persists throughout a woman’s life, contributing to low employment rates, and widens during child bearing years. In Bosnia and Herzegovina, the gap between male and female employment rates has reached a whopping 44 percentage points for those aged 25 to 49 years with a young child living at home.

Failure to address these labor market inequalities is a missed opportunity for faster economic growth, poverty reduction, and increased shared prosperity in a region struggling to recover from the neighborhood effects of the Eurozone crisis. Here is what women had to say in recent interviews granted for a World Bank Gender Assessment in the Western Balkans:

“My latest CV, as recommended by the (employment agency) director, contains the following: ‘I am a single parent with two underage children, I am not planning to get married again, I AM NOT PLANNING TO HAVE ANY MORE CHILDREN’– I had to write this in capital letters, underlined.” --- Unemployed woman in Serbia

“When a woman gets pregnant, she is fired. She is laid off.  Every private employer does this. We all know it; it is not a secret at all! When she gets fired because of the pregnancy, she registers with the agency and receives about 300 Bosnian marks for three months.  There is no one to look after the baby and there is no place in day-care centers even for (the children of) women who still work.” --- Employment agency officer in Bosnia and Herzegovina

Women of child-bearing age feel compelled to convince potential employers that family concerns will not distract from the job. Pregnant women are left wondering if they will still have a job after their maternity leave. And as parents age, women face the choice between their careers and their parents’ well-being. This inequality stems from gender norms regarding family roles, and from insufficient institutional response addressing childcare and aging.  Family responsibilities tend to fall on women, irrespective of schooling or work duties. And flexible work arrangements and affordable and high-quality child care options are limited.

Of course, much progress has been made on gender equality and women’s welfare in the Western Balkans, particularly by global standards. These countries have seen significant improvements in women’s health and education outcomes. Maternal mortality is low - significantly lower than the average for upper middle income countries. The gender gap in primary education enrollment has virtually disappeared and in secondary education has been significantly narrowed (although disadvantaged groups like the Roma still face high gender inequalities in education).

We at the World Bank are supporting country-specific diagnostics to understand the barriers to labor market participation and employment in the Western Balkans, including for women. And for every project we support in the region, we ensure that gender issues are taken into account at the design stage, including monitoring gender activities whenever possible and relevant. One example of this work is a joint project with the Swiss Agency for Development and Cooperation (SDC) covering four Western Balkan countries and designed to increase women’s access to economic opportunities. By focusing on the creation of knowledge and building evidence on how to remove economic barriers that women face when trying to enter the labor force – by analyzing how to create more time for women by improving the supply of child and elder care services, assessing whether skills demanded by employers match skills that men and women have, and testing innovative ways to change the aspirations and mindsets of girls.

This project gives me hope that these barriers can be systematically identified and removed sooner rather than later.

The countries of the Western Balkans have turned a corner in their economic recovery and should generate more opportunities this year and next for women to enter the labor force and contribute to economic growth. By generating real information and gaining a better understanding of the underlying problems women face when entering the labor force – and by replicating initiatives that remove barriers to participation – our work can help address remaining gender inequalities in the Western Balkans. That will benefit not just women in the region, but can also help set these countries on a higher path toward prosperity for all citizens.
Topics
Gender
Countries
Albania
Bosnia and Herzegovina
Kosovo
Montenegro
Serbia
Regions
Europe and Central Asia Dear Ms Goldstein,
Thank you very much for this post. The issue should be discussed as much as possible, always pointing out individual experiences, as you did.
Few weeks ago was held Women Election Convention organized by Belgrade Fund for Political Excellence. The speakers were women actively involved in political parties. The problems mentioned were related to wage differences, family violence and female entrepreneurship, but nobody stressed out gender issues in corporations and private sector in general.
I hope there will be many other regional projects addressing the gender equality in labour market.
Best regards from Belgrade,
Marina Savković

Dear Ms Goldstein,
Thank you for a great article. I can see both sides of this story, both employers' and women - employees. It is difficult to keep employees happy and improve profitability of a business, too. I think that it should go hand in hand, and MI-BOSPO is probably a good example of it. However, it is truly expensive to run a business, especially in B&H: three legal systems, three taxation systems, three salary calculation systems, three employees' benefit systems.
MI-BOSPO has been serving women since 1996, and we have more than 50% women employees, and we are truly committed to women and children. We try our best to provide inclusive policies... and it is tough, markets move and you have to be there...
I believe that women who come back from maternity leaves are more committed to MI-BOSPO, they work hard and they become truly loyal. They understand how much MI-BOSPO invested in their maternity leaves. Some of them decide to come back earlier, they stay home six months not 12 as given by law. And this is great for MI-BOSPO. We can continue building our main competitive advantage: our human resources.
I believe that women should be more supported by the society, with child care, longer working hours of kindergartens. But, look, women work there, too.
This is a great discussion, I just wanted to add a different perspective. If I did?
Best, Nejira