In a rural area about 60 miles north of Cairo lies the town of Toukh El Aqlam, situated on Egypt’s busy Cairo-Alexandria agricultural road. The region has long-suffered from a lack of sanitation services, creating a serious impact on the health and social development of its inhabitants. On October 16th, 2018, the World Bank’s Program for Results (PforR) team and representatives from Egypt’s Ministry of Housing visited Toukh El Aqlam, where 30,000 citizens now benefit from 5,000 new sanitation connections in rural Dakahliya governorate. 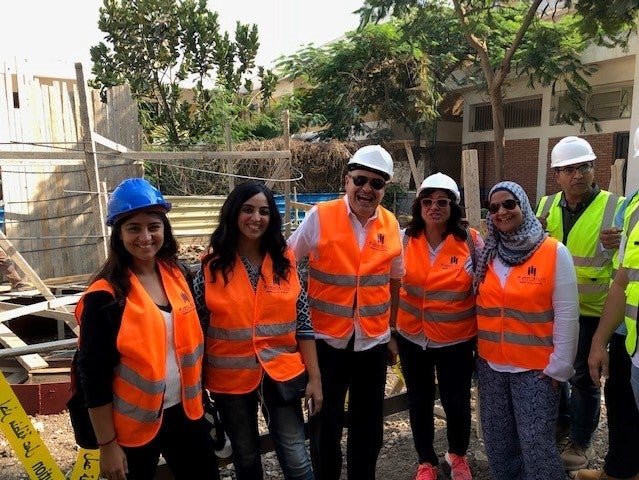 The Dakahliya Water and Sanitation Company (WSC) is one of three WSCs participating in the World Bank-supported Sustainable Rural Sanitation Services Program (SRSSP), along with Beheira and Sharkiya. Approved by the Bank in July 2015, the Program is already delivering results on the ground in its efforts to achieve sustainable access to sanitation services, reduce water pollution in the Nile Delta, and improve water sector governance.

The WSC serving Toukh El Aqlam has made significant progress on KPIs supported by the Program. The number of reported sewerage flooding events over each 100 km of the network in a year was 426.9, well below the benchmark of 450. The operating ratio is currently 90%, above and beyond the targeted 79%. Through a decentralized approach to service delivery, the program is empowering the WSCs in different activities that were previously managed by central agencies, such as the design and construction of sanitation infrastructure. 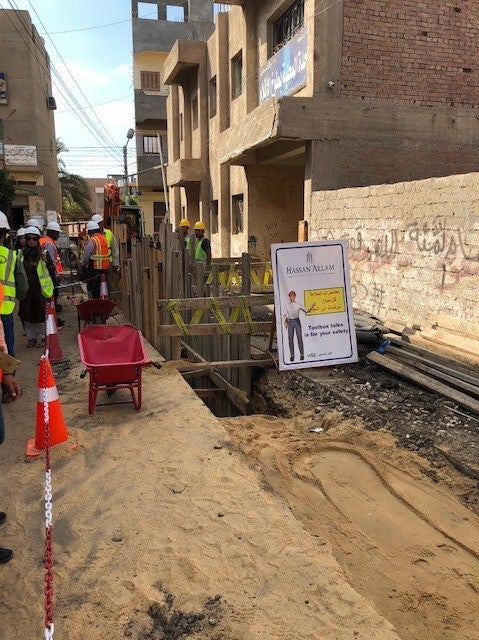 Financial incentives embedded in the program have proven to be one of the key reasons this approach is succeeding. Performance-based capital grants provide a fiscal transfer mechanism from the national government to the WSCs, with strong incentives for performance improvements and the timely execution of the investment program.

“The community is extremely satisfied with the amount of professionalism the Program has to offer,” said Dr. Enas Abd El Shafei Atteya, the Local Administration Officer of Simbelaween.  “The Program emphasizes the importance of the health and safety of those living in the community while improving the sanitation systems of the village."

Citizen engagement has also improved significantly.  A Grievance Redressal Mechanism has been set up under the Program to give community members the chance to address their complaints, as well as get a hold of information in a more transparent manner. With the increase in community involvement, land acquisition issues are more easily resolved.

Unlike previous programs, the PforR includes a clear bottom-up approach, instead of a traditional top-down method, allowing subnational WSCs to gradually gain more autonomy and decision-making power. And by first testing the approach on just a few WSCs, successful experiences can be replicated and applied to the whole sector.

Building on the success of the initial phase of the Program, the Bank recently approved additional financing, co-financed by the Asian Infrastructure Investment Bank. This will allow the Program to scale up from US$550 million to a US$1.15 billion. While this is still far from the US$14 billion needed to achieve sustainable access to sanitation in rural areas across Egypt, the new approach is attracting other development partners and building the foundations for a complete transformation of the Water and Sanitation Sector in Egypt and the turnaround of service providers to achieve the Sustainable Development Goals. This project sounds great for reducing water pollution, improving governance and health of local people. However, sanitation is a problem across Africa, the demand for projects such as these are overwhelming. Has the demand for addressing sanitation across Africa outstripped the capacity to supply? Keep up the good work.

This is a good initiative towards bridging the finance gap in the WaSH sector. Now we need to think of self sustainability up and above when funding stops.