Can fragility in countries be addressed outside of politics?

*We present two blogs that address the complex challenge of development in fragile and conflict affected environments. Dr. Alaa Tartir of Al-Shabaka, the Palestinian Policy Network, uses the example of the Palestinian Territories to emphasize the need to understand the political dimensions of instability in order to develop effective policies to address it. Steen Jorgensen, World Bank Country Director for the Palestinian Territories argues that aid is especially urgent in fragile environments, to protect most vulnerable and promote the development that is key to ultimate peace and stability. 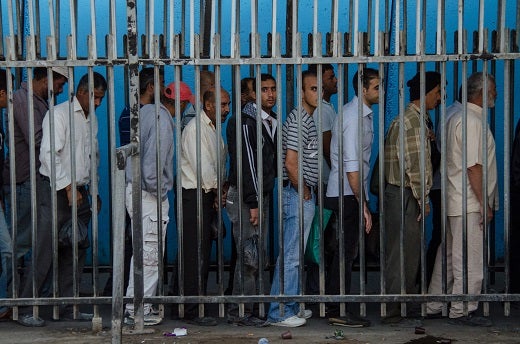 Have the ‘good intentions’ of the international community and institutions such as the World Bank hindered progress in countries and territories vulnerable to instability and violence? The case of the Occupied Palestinian Territories (OPT) suggests a resounding ‘yes’.

In addressing what has come to be known as ‘fragility’, international donors have remained faithful to an approach that is devoid of any political context. Instead their approach emphasizes two main themes: quantitative, indicator-based evidence over ideology in influencing and shaping policies; and the power of being pro-active, positive and not defensive.

As a result, instead of addressing the root causes of fragility in the OPT, donors, including the World Bank, have mainly dealt with the symptoms of the problem. In turn they have sustained the status quo of fragility, conflict-management, military occupation, and human rights violations. The result is a further entrenchment of fragility, state-failure, and de-development.

It is important to acknowledge that the main causes of fragility in the OPT are the Israeli military occupation, colonisation, and systems and structures of apartheid. Therefore economic policies and interventions need to respond to this reality, and not to consider Palestine as a post-conflict fragile context. It is also important to remember that poverty, unemployment, inequality, and other development challenges originate from the politics, i.e. they are politically constructed. These realities, which make the economic analysis an unusual and difficult one, need to be the starting point of any external intervention. In other words, instead of trying to fit the case of the OPT into a box, it should be used to expand that box to encompass the multiple levels of complexities.

Undoubtedly, the counter-argument could be that Palestine is an outlier and an exceptional case. I disagree. Indeed, I argue that if the World Bank wants to “revolutionize” its work in the domain of fragility, it should take the case of occupied Palestine as its yardstick to measure its success or failure. The OPT  is not an exceptional case especially as World Bank officials have told me that they plan to export the quarter-of-a-century old “Palestinian model” to the new Arab world. (A further analysis on the international aid industry in the OPT in the aftermath of the 2010 Arab uprisings can be found here).

Although it may be argued that the World Bank has a limited mandate and that it does not intervene in politics, I believe that the policies of the World Bank in particular, and of the broad international donors community, are politically motivated with an economic rationale and/or result in major political implications and consequences. Hence, there is serious tension here that needs to be addressed to guarantee better results.

Technical solutions alone, regardless of how good they are, will always fall short in tackling the outcome of political problems such as fragility. As an evolving concept, it is crucial to question the assumptions and the set of policy recommendations fragility generates. It is also equally important to frame and analyse fragility in a political economy framework, which is currently missing. How is it possible to decouple politics and the analysis of fragility? How is it possible to guarantee that the existing framework and understanding of fragility, as adopted by the World Bank and other major actors in the international aid industry, do not-directly or indirectly-sustain the status quo of persistent conflicts? This is vital because sustaining the status quo means sustaining the key factors that created the fragile conditions in the very first place.

By dismissing politics we will keep circling around the problem and never address its root causes. It is far better to recognize that the causes of fragility are fundamentally and inherently political.
Finally, it is about time that the international aid system takes seriously the need for self-determination and for local democratic ownership of the development process. Above all, it is human dignity that is the most crucial element in addressing fragility and de-development. Humiliation is not only bitter: It also entrenches fragility and consequently increases economic costs. Respect for and promotion of human dignity in fragile contexts is not an ideologically driven approach; rather, it is a choice that is supported by a wealth of evidence.
Countries
West Bank and Gaza
Regions
Middle East and North Africa