Tawasol and the inspiring story of Om Rania

In the past week, I was asked by three different entities to speak about Women’s Day to inspire others. And I thought it is a bit strange that I am the one who is getting recognition on International Women’s Day, whereas, for example, someone like the Egyptian lady Om Rania, or as I call her Affaf, in my opinion is the one who deserves all the attention.

In 2005, Affaf joined the sewing center in Mokattam, Cairo and started to learn how to sew until she mastered everything. She is now the manager of the center, and she deals with clients, gives them quotations, manages the women and their problems, distributes the work, and is always smiling and always grateful. She works hard to support her family.

But if you look closely you would find out that for almost the past ten years, Affaf has been struggling a lot in her life. She had to solely provide income for her four kids, paying rent and tuition fees, helping her eldest daughter get married  as her husband wasn’t doing well as a construction painter. She had applied for an apartment and paid the down payment to secure a place for her family but wrote it in the name of her husband to respect the norms of our culture. Her husband who has always been indebted was imprisoned several times. So when her husband was released once he went behind her back to sell the apartment, their only source of security “to pay his debts.” But this wouldn’t solve the problem, because what happens in these societies is when you sign for a loan, you return it with almost thirty percent interest. When you are late in paying, the interest increases so it becomes very hard to pay it back, and in the end one ends up in prison because of the bills of exchange signed by the loan receiver.

Affaf was devastated and didn’t know how to stop him because the law was against her.  And he had the right to sell the apartment, since it is under his name. The law can’t make an exception for her conditions, although she is the one who saved to pay the down payment because she respected our male-dominant society rules.

And then all of a sudden Mostafa, the husband, got a stroke and stayed in El Hussein hospital for days. Affaf, against all odds, was sleeping on the floor. Day and night she took care of her husband, the father of her children, who was now almost paralyzed sleeping in their rented apartment. She is still taking care of him with all the financial implications.

When a man came to propose to her second girl Dalia, she prayed that he wouldn’t back off because of their history. She prayed that the marriage would happen quickly before Mostafa gets arrested again. Now Dalia is the mother of baby Youssef. But in order for Dalia to get married, Affaf had to spend all of the money she was able to save. She is also indebted, and in the last four months her father and brother passed away, so Affaf now is also the carrier of their debts. Every day that I call her she has this soothing calming voice—always cheerful, always optimistic. Affaf is a woman who deserves a true recognition.

Affaf is an example of many struggling to survive to provide a living for their family. 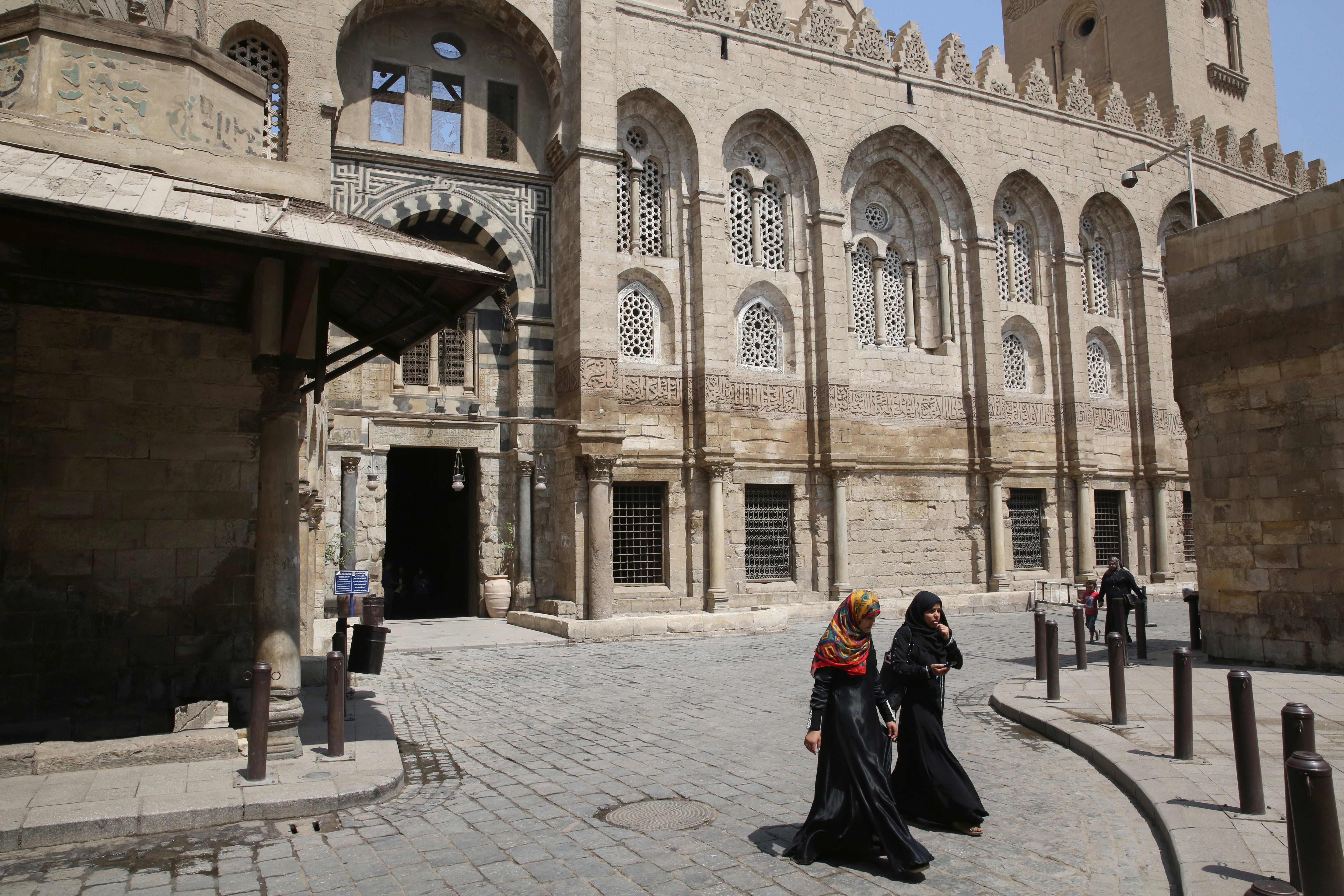 I never knew that a question in 1997 would change my life. A request by a janitor at the American University in Cairo (AUC) would impact my way of thinking for the rest of my life. I was sitting on the steps in front of Ewart Hall, helping my folklore trainer son in his studies, when all of a sudden I was interrupted by a man asking if I can help him learn how to read and write to be able to study with his kids. Yes I can help. Yes I have spare time. Yes I can find space from the university to teach the workers in this community, and yes, I can mobilize my friends to teach as well, to serve more people and to have a greater impact. And after a while I realized that nothing beats the satisfaction feeling one gets after making a difference and touching lives. And all of this was done with no budget at all. My time and efforts and connections all that it entailed.

After graduating and started working in our family business, I had two feelings.

First, I was grateful that we were much better off than many others, so I felt in return it was my duty to help those less fortunate ones, I had to try to create a better source of income for them. Second, like any other business we had rough times. But the more it was tough, the more I felt it was my duty to work for needy people, so that God would ease up our situation in the business and make it better with less obstacles.

The route started in 2000 with trying to create a source of income for women who support their own families, bearing in mind that I had just graduated with not much experience so I let the streets, markets, people, and situations be my mentors. We created a sewing center. And hence the journey of education started. Education about identity, quality, taste, production, and management started.
And the challenge was, and remains, to come up with a product that has Egyptian identity made by the hands of the women in need that would tailor to the taste of buyers so that we could sell more and produce more and more.

As the journey continued, it was evident that to make an impact on the long term we have to start from the younger age and to provide high quality education. So we started a community school for the children who have never attended school due to their families' social and economic conditions in Ezzbet Khairalla, one of the biggest slums in Cairo. We also started vocational center to increase the family income and to train the students on a craft that could generate income. I also believe that the true sense of belonging to the school is the self-actualization feeling that the kids get while performing on stage trough the performing arts department associated with the school.

And answering the question of the guy who interrupted me in 1997 on the Ewart Hall stairs caused the journey of a very special thing in my heart called Tawasol. Vice President for Procurement, Marketing, and Communications for Shores Hotels