Tunisia: Looking ahead or back to the future?

This article was originally published in Huffpost Maghreb​ 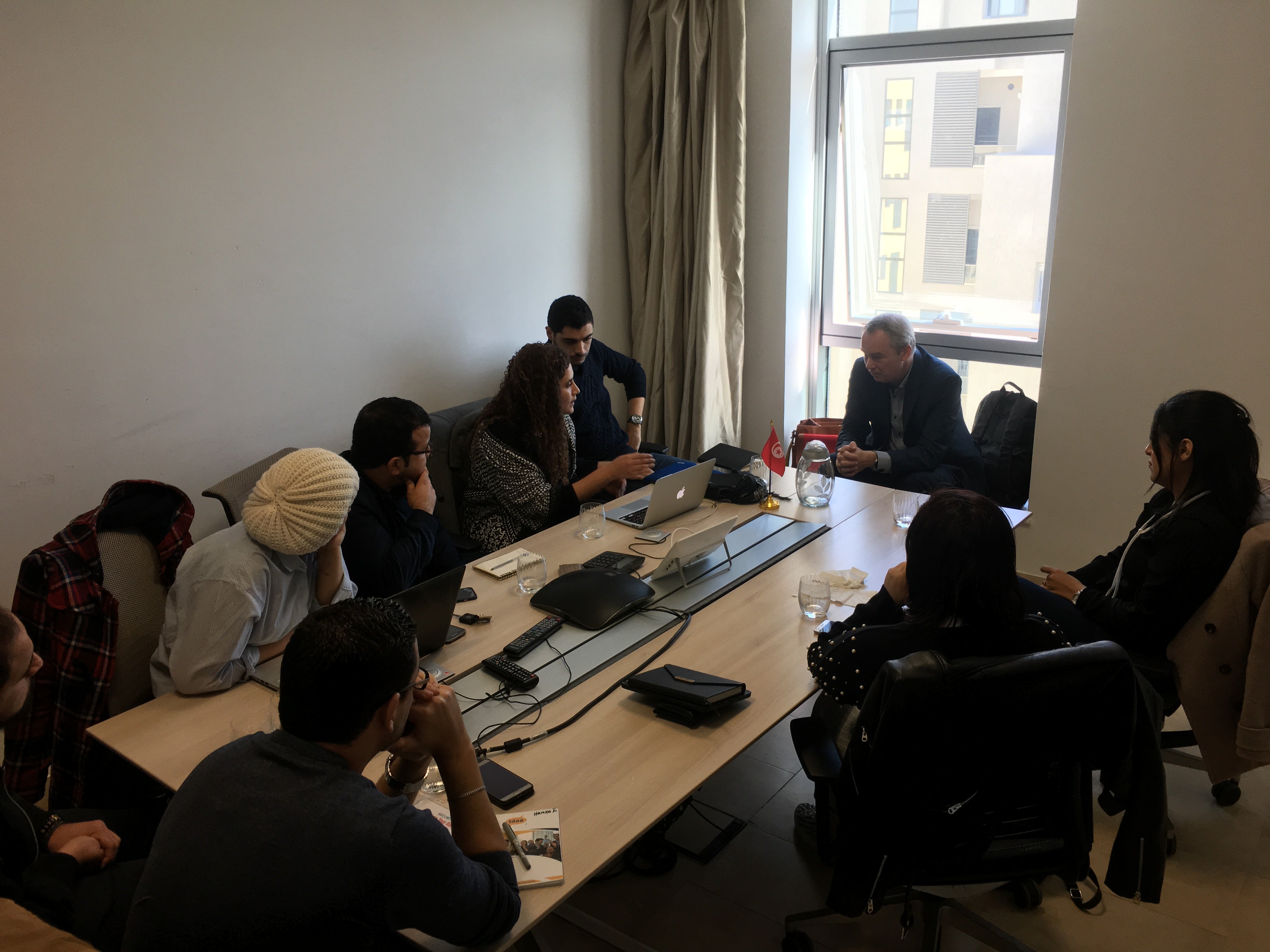 I had the privilege recently to spend an unscheduled hour of discussion with a group of young Tunisians who were visiting our offices. As often, on these occasions it is hard not to get captured by the energy and impatience of the young people in this region. It gives hope that entrepreneurial spirit is really alive and well in a country where reliable private sector services, let alone public ones, remain otherwise hard to come by. If one combines the energy of youth with the message in a recent, equally energetic, speech by the Minister of Development to a large group of investors, one gets a sense that Tunisia is indeed looking ahead and not to the past.

Yet, as always, reality is far more complex, and often we are confronted with a much gloomier picture of a country that is perceived as, economically, turning inward. This is the case even more so now, as Tunisia comes under immense pressure to get its public finances in order. This has generated some decisions that go right against the message of openness and dynamism that one gets when meeting with young Tunisians. It all begs the question, for a newcomer like myself, which of the parallel universes is the real one, and, as in a movie, which one ultimately will prevail.

The numbers, and day to day news reports, would argue for the gloomy version. In recent reports, a rapid slide on the ‘doing business’ ratings followed an equally concerning slide on the World Competitiveness Index. What is more worrying, as discussed recently with the association of young business managers, is that the slide in ratings concerns those aspects that are most important to the renewal of the economy: the ease of starting a business, access to credit and paying taxes.

Why does this matter? It matters because foreign investors decide where to invest, in part, based on the SME infrastructure in a country -- they need a healthy SME sector to supply them with parts and services. In this sense, the recent story of one young entrepreneur whose friends’ businesses never made it because they could not finance the inputs they needed to produce and deliver goods to their clients was a painful illustration of this reality. So, when it comes to creating better conditions for small and medium-size companies to prosper, there is a lot of work to be done. In terms of signaling intentions, the recently announced restrictions on financing imports are another measure, which, while meant to stop a deteriorating balance of payment, will definitely not help attract investors.

Luckily we know that while the world may be obsessed with numbers, these only tell part of the story. In the case of Tunisia, numbers tell very little about the subculture of innovative, mostly young entrepreneurs that have started creating a buzz in the global capitals of innovation. It is not without reason that some of the global gurus of innovation are making Tunisia a regular stopover. In my experience, having worked in most of the Bank’s regional departments, governments tend to overlook the power that an image of success of young innovators can portray for a country, and tend to either ignore or, at worst, prematurely try to use it as a source of raising revenue (instead of investing in it…).

It is true that countries like Poland, Croatia and Serbia, which have gone through economic transitions not so different from Tunisia, took years to warm to an idea that others, like Finland and Estonia, embraced from the outset. The last two countries remain unlikely global hubs for innovation and start-ups, but have provided much advice and expertise to others on what it takes to build a flourishing innovation system. What experts from such countries tend to tell us is that, at best, government should provide the grant funding that such initiatives need to get going (and the big investors will come to invest in those that survive), and make sure that laws don’t nip them in the bud.

Looking at all this, Tunisia is a country of not one, but multiple parallel universes: the parallel universe of the dynamic youth interested in connecting with global hubs and an inward looking traditional business elite that wants to shield itself from the same. The other parallel universe exists of struggling ‘traditional’ SMEs and a small but well working segment of high value start-ups. While there are examples of countries that rebuild economies based on digitization and high value start-ups, these are few and far between, much smaller than Tunisia, and based on an education system that promotes openness and excellence, which today we don’t have.

This is why the eager young entrepreneurs with bright ideas need the other parts of the economy to perform as well as their much-praised start-up sector. If that does not happen, they will likely vote with their feet, and make the gloomy parallel universe prevail. Hence, the need for the Tunisian government to be bold, especially now, and choose openness over inward looking interests, choose better conditions for creating SMEs over overregulating the financial sector and support youth over the economy of the past.
Topics
Financial Inclusion
Financial Sector
Macroeconomics and Fiscal Management
Governance
Digital Development
Countries
Croatia
Poland
Serbia
Tunisia
Regions
Middle East and North Africa