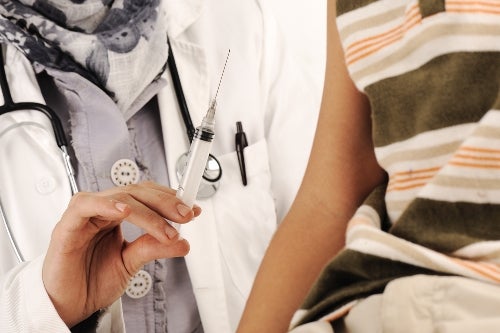 “Ethical finance” is a term used to describe finance that is put to good social and environmental use. Interest in it has risen since the 2008 global financial crisis, with Islamic finance and socially responsible investment (SRI) funds becoming its two fastest areas of growth.

Until recently, these two markets have been largely distinct, involving different investors in different geographic regions. Now, however, the World Bank Treasury has brought the two together by helping the International Finance Facility for Immunization (IFFIm) issue two Sukuks (sometimes referred to as "Islamic bonds") in less than a year.

IFFIm is an international organization that finances child immunization and strengthens health systems related to it in some of the poorest countries of the world through Gavi, the Vaccine Alliance. Backed by nine sovereign governments—the United Kingdom, France, Italy, Norway, Australia, Spain, the Netherlands, Sweden, and South Africa—the organization raises money in the international capital markets. This fundraising is handled by the World Bank, IFFIm’s Treasury Manager, under the direction of the organization’s volunteer Board of Directors.

IFFIm issued its first Sukuk in December 2014, a three-year, US$500 million transaction that was the largest debut Sukuk ever issued by a supra-national entity. Referred to as the “Vaccine Sukuk”, it brought the concept of socially responsible investing to the Sukuk market. This marked the first time most Sukuk investors had ever considered investing in something that provided both economic and social returns—it paid a competitive rate of return while supporting the immunization of more children in developing parts of the world.

This inaugural Sukuk was warmly received by the markets and won numerous awards from Euromoney’s “best innovation in Islamic finance” to the Financial Times’s “best achievement in transformational finance”, the term used for financing that effects real change in the world outside. The ability of IFFIm to use the capital markets to front load donor pledges for Gavi’s life-saving mission, combined with the innovative structure that has allowed a conventional issuer to tap the Islamic finance markets, are two of the features that make the IFFIm Sukuks so ground-breaking. The success of the inaugural transaction led IFFIm and the World Bank to decide to return to the Sukuk market again in September, 2015.

The second Vaccine Sukuk was jointly lead-managed by Standard Chartered Bank (which also acted as Global Coordinator), Emirates NBD, Maybank, the National Bank of Abu Dhabi, and NCB Capital. In addition to this very strong group, IFFIm also brought in two international banks to act as co-lead managers, Morgan Stanley and Credit Agricole, specifically to focus on bringing conventional sustainable investors on board. This involved telling investors much more about the nature of the Sukuk and explaining the underlying transactions necessary to make it Sharia compliant.

While the economics of the Vaccine Sukuk mirrored those of a floating rate note (a bond with an interest rate that is variable based on a spread over an underlying reference rate), the Sukuk structure itself was new to most sustainable investors. In particular, they needed to understand the use of a special purpose vehicle (SPV) issuer within a Sukuk structure.

Many conventional investors equate an SPV-issued security with structured investments like an asset-backed securitization (ABS), where the underlying assets of an entity are moved into a legally distinct vehicle in order to structure debt where investors take the risk of the underlying assets rather than the original entity. In some cases, they have their own restrictions about purchasing these types of structured investments.

While the financing structure of the Vaccine Sukuk shared certain similarities with that of an ABS, the credit risk borne by the investors was wholly that of IFFIm, the double-A rated obligor (one of the highest credit ratings possible), meaning that IFFIm would repay investors irrespective of the value of the underlying assets based on its own intrinsic financial strength. Ensuring conventional investors understood this element of the structure was a critical aspect of marketing the ethical Sukuk.

In the case of the Vaccine Sukuks, the investor education efforts paid off for IFFIm. The second Vaccine Sukuk was another three-year transaction, this time for US$200 million. It was over-subscribed by 1.6 times. In aggregate, the two Vaccine Sukuks raised US$700 million on orders of well over US$1 billion in less than one year. This high level of demand from both traditional Sukuk investors and conventional investors, including those with a socially responsible investment focus, proves the convergence of Islamic finance and conventional sustainable investing is very possible.
Topics
Financial Inclusion
Financial Sector Can the World Bank also promote infrastructure Sukuk for African countries to fund power generation and transmission, road construction, water supply and sanitation systems? These infrastructure investment can generate revenues that can service the Sukuk and be Sharia compliant.