Why Aren’t Young People Voting in the Tunisian Elections? 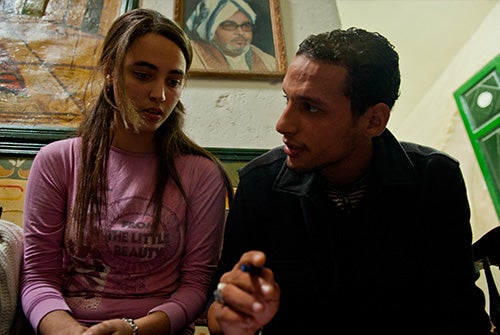 As Tunisia approaches the country’s Presidential elections on November 23, the ‘Arab Spring’ birthplace has a lot to be proud of, having safely wrapped up its first Parliamentary elections since the new constitution was ratified. However, election observers indicate that, as expected, the youth, the revolution’s driving force, remain reluctant to cast their vote.

Tunisia’s parliamentary election has been hailed as a success story by both national and international observers. On October 26, 3.5 million Tunisians, 69% of the registered voters, cast their vote in what was deemed a free and fair election process. Secularist political party Nidaa Tounes gained the majority of votes, 85 of the 217 parliamentary seats, followed by moderate Islamist party Ennahdha (with 69 seats), as Tunisians defied prior concerns of low voter turnout. However, despite the fact that there are no official numbers yet for youth participation, it is widely acknowledged that relatively few of the country’s young cared to visit the polls.

Election observers such as International Republican Institute (IRI) concluded that the polling stations (organized by ID numbers) with the higher ID numbers, where younger voters would cast their ballots, had a lower voter turnout.  It was in front of the polling stations with lower ID numbers, for older voters that lines formed in the early hours of that Sunday morning. “It seems that the youth was the one group that voted in lower numbers,” concluded IRI’s Tunisia Resident Country Director, Djordje Todorovic.

Young voter and youth consultant, Hend Hassassi experienced this first hand. At her polling centre, few of her 20-something-old fellow citizens came to cast their vote. “I feel like the [election] result is not representative of the youth,” said Hassassi.

That Tunisia’s younger generations would be reluctant to vote was one of the fears prior to the elections. But why is the revolution’s driving force boycotting the democratic right that they fought so hard for?

“I know many people who didn’t go vote because they feel excluded, they feel the revolution has been hijacked,” explained Hassassi. Many political parties claim they stand for youth empowerment but it is nothing but “empty words, empty promises.” She is also disappointed by The Independent High Authority for Elections (ISIE), arguing that they should have made more of an effort to make the election campaigns more appealing to younger voters. “The slogan for 2014, “Vote for Tunisia because you love her” wasn’t creative,” argued Hassassi. “It was better for the last election - more engaging.”

Hassassi described the mood in 2011, when Tunisia held its first democratic election since the ousting of former President Zine El Abidine Ben Ali, as one of excitement. “Now, with the same opposition politicians, no new faces, it is ‘revolution fatigue’,” she sighed, adding that she could relate to her peers who refused to vote out of disappointment over the country’s post-revolutionary development.

After the revolution, Tunisians, especially the young, wanted rapid change. “I think that especially for young people it is hard to recognise that change takes time and that no transition happens over night,” explained Tunis based Oxford University researcher Monica Marks. “When you don’t see rapid change, it is easy to be disillusioned.”

One important aspect of the youth’s political detachment, apparent in the Presidential election round, is the aged political scene. “It is Jurassic Park politicians,” commented Marks. “Many Tunisian politicians are old and I don’t know if they have been able to connect with the young.”

One of the candidates in Sunday’s Presidential race is 87-year-old Nidaa Tounes head, Beji Caid Essebsi, who served both former presidents of Tunisia. While some are drawn to Essebsi’s promise of strong leadership, others are concerned it could bring back authoritarian tendencies. “Essebsi is too old to govern,” said Jbeli Hella, a 21-year-old student who boycotted the elections. “All parties are the same,” she said with distrust.

One of Essebsi’s leading opponents is 69-year-old former human rights activist, Moncef Marzouki, a revolutionary leader. “Marzouki has gotten higher numbers than any other politician among the youth,” explained Marks, arguing that it is because he is one of the few that continues to speak a revolutionary discourse. “I will vote for Marzouki,” declared 21-year-old Hajer Ben Hamida, who was unhappy that Essebsi was still in politics.

“Some of my leftist friends didn’t vote,” said 26-year-old teacher, Sheyma Arfewi, explaining that they are against those involved with the former regime remaining on the political scene. “They ask: what was then the point of the revolution?”

With politicians they cannot relate to, and disappointed by the pace of change, it is an open question as to how many young people will show up to vote on Sunday.
Topics
Governance
Countries
Tunisia
Regions
Middle East and North Africa The blog is informative but it leaves the impression that young people are not able to wait… but one could argue that three years is not a short time.
Also, it would be good if such type of blog would lay out some proposed solutions, in addition to stating the problem.

Thanks for your comment, Gloria, and I agree with you, three years is not a short period of time for all the young unemployed who continue to live with little (if any) economic improvement, for them each day is a day too many. While of course from a macro-perspective, and from a democratic transition perspective, three years is still considered a relatively short period. The young really need to see some positive outcome and I do sometimes worry about what will happen if Tunisia is unable to improve the economy next year because many young are losing the little that is left of their patience and hope. A worrying development.
And I totally agree, now would be a good time to make a solution-focused blog post, as the country will officially enter a new phase next year, in which, economy (and security) will be priority one. If I would manage to put something together I will for sure send it your way.
Btw. I really enjoyed your YouTube video of youth in Tunisia and the economic barriers they face: https://www.youtube.com/watch?v=fZXVGdA6Eb8 We also spread it on Your Middle East: http://www.yourmiddleeast.com/videos/take-3-minutes-to-watch-this-video…

many thanks for your response, Christine and stay tuned – my colleague Tobias Lectenfeld is preparing a solutions-orientated blog. I will look forward to your comments.