At a meeting of the Asia Society in New York last week, Prime Minister Sheikh Hasina of Bangladesh, estimated that a 1 degree increase in the planet’s temperature (we are already at .8 degrees) would cost her country 3-4% of its GDP growth annually. At the same time, DARA, a European-based NGO, and the Climate Vulnerability Forum released the second Climate Vulnerability Monitor, which estimates that climate change is already costing the world 1.6% of GDP growth globally, and contributing to over 400,000 deaths. The report, written by over 50 scientists, economists and policy experts, also estimates that by 2030 climate change and air pollution combined could cost the world 3.2% of growth globally, and up to 11% in the world’s least developed countries. 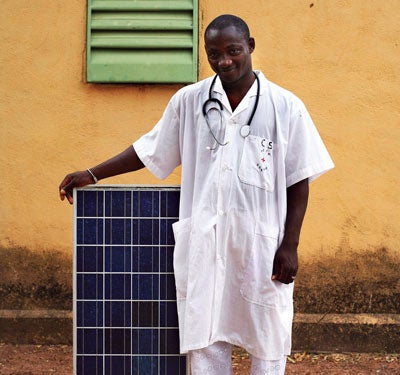 I spent  nine of the last 20 years living in Africa, watching the continent struggle terribly with negative growth in the 90’s, fight its way to positive growth and eventually celebrate a 5-8% growth rate that allowed many African countries to put a serious dent in poverty. But clearly, those hard won gains in poverty reduction and development are at risk, and sooner than we thought. The most important message of DARA’s report is that climate change is not just a problem for future generations.

But as former President José María Figueres of Costa Rica reminded a United Nations General Assembly audience last week, climate change also presents an enormous economic opportunity. Bloomberg’s New Energy Finance reported that over $1 trillion was invested in clean energy last year. And the feeling is that this figure could be much higher if we could just figure out the policies and financial instruments to unleash capital in the direction of green growth. So which path will we seize for our changing climate? The one which builds on the growth and development of past decades or the one which leads to the grim prospect of losing hard fought gains against poverty? The race to choose is on, and for those of us whose dream is a world free of poverty, for those of us who couldn’t bear to see Africa return to the economic and social struggles of the 90’s, we’d better get sprinting.

So today ─ against this very compelling background ─ we launch our new Climate Policy and Finance Department (CPF) at the World Bank. This department brings together the Climate Change team, the Climate Investment Funds (CIFs) Admin Unit, the Carbon Finance program, the GEF and Montreal Protocol teams around this essential question: what can the World Bank Group do to help countries take climate action at a faster speed and larger scale, and turn climate change into an engine for growth?

Two weeks ago in Venice – a beautiful but very climate vulnerable city – the San Giorgio Group met for its second annual meeting to discuss how to unleash capital towards mitigation and adaptation. This is a gathering of climate policy and finance experts, who are led by the Climate Policy Initiative. We heard the results of three case studies where significant investments fused private and public funds, and domestic and international capital, into packages which financed investments in off shore wind, solar water heaters and concentrated solar power. The CIFs were directly involved in the financing of the cases presented for solar projects in Morocco and South Africa. The projects used an array of supportive policy incentives and innovative financial instruments to encourage investors and allocate risk – and everyone in the room was desperate to learn how.

In a second day, focused on risk management, we learned that the World Bank’s own Partial Risk Guarantees are considered the best existing instruments for leveraging in private capital. And we learned that while there are a number of instruments available to cover political risk in developing countries, there are few instruments available to cover policy risk anywhere. Policy risk turns out to be quite important in our world with uncertain global regulations for carbon and financial crises putting pressure on even the most climate progressive countries.

These lessons in project finance may seem a bit dry, but if we can learn and help our clients apply them fast enough, we can help to unleash the flows needed for transforming our economies into engines of inclusive green growth, and turn the threat of poverty’s return into an opportunity for its defeat. So CPF is off and running!