Mobile-Enhanced Participatory Budgeting in the DRC 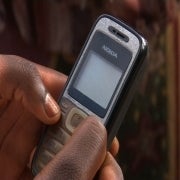 In the Democratic Republic of the Congo, Information and Communication Technologies (ICTs) are helping increase citizen participation, positively transforming the relation between citizens and their government, ultimately resulting in more effective public service delivery.

Mobile phones are performing a key role in enhancing transparency and accountability. Mobile penetration in the DRC is increasing rapidly, from 16% to an estimated 47% in 2013. In addition, 55% of the country’s population resides in areas currently covered by mobile networks, including most rural areas from the eastern province of South Kivu.

The country has long suffered from conditions that have prevented the full development of its citizens and communities. Citizens have suffered the effects of conflict, and remain, in many cases, unable to access the most basic of public services. “Our realities are African realities,” explained Thomas Maketa, a DRC-based member of the ICT4Gov team. While many citizens in the province don’t have access to water or electricity in their homes, they do have mobile phones.

The World Bank Institute’s ICT4Gov program is introducing mobile technology to enhance participatory budgeting processes. Citizens are now empowered to demand and work towards improved governance. Through mobile technology, citizens can now express and vote on the priorities that are most pressing for their communities. When they have reached an agreement the local government devotes a percentage of the local investment budget to the project selected by the citizens.

To enhance these efforts, ICT4Gov is using mobile phones for four purposes. The first is to invite citizens to the participatory budgeting assemblies through geo-targeted SMS messages. These messages, reaching all the phones receiving signal from a particular tower, announce the date, time and location of the assemblies. Mobile phones are also being used for voting, allowing the citizens to send a text to identify which of the priorities they would like to see addressed in their community.

Additionally, mobile phones are being used to announce the voted decision, making the process more transparent and inclusive than ever before. Finally, mobile phones are being used to ask citizens about the projects that had been chosen. Through text messages, citizens are able to offer feedback and monitor the projects. Over 250,000 text messages have already been sent throughout the different stages of this initiative. 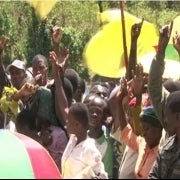 The preliminary results of an external evaluation suggest a reduction of tax evasion at the local level, with citizens more willing to pay taxes as they link government spending to improvement in the delivery of services. For the first time, communities such as Ibanda have gone from not having any investment budget to having 40% of their budget devoted to investments. In 2011, the Ministry of the Budget started the process of institutionalization of Participatory Budgeting in the Province.

The increase in the transfer of funds from the provincial to the local level has benefited communities, which now have more resources to deliver public services to the poor. For instance, the process has allowed to begin repairing 54 classrooms and a bridge in Luhindja , creating a health center and repairing the sewage system in Bagira, and building a water fountain, as well as toilets in local markets in Ibanda.

“Beyond creating a more inclusive environment, the beauty of the ICT4Gov project in South Kivu is that citizen participation translates into demonstrated and measurable results on mobilizing more public funds for services for the poor. This makes a strong case when we ask ourselves where the return of investment of Open Government approaches is,” explained Boris Weber, Senior Governance Specialist at the World Bank Institute, and team leader for the ICT4Gov program.

In South Kivu, citizens are now empowered to participate in the decisions that impact their community through processes that are more transparent, more inclusive and more effective than ever before.

Through the use of mobile phones citizens in the Democratic Republic of the Congo are changing the way they engage with their governments, with their communities, and with one another. Through this practice people are positively transforming their lives and the lives of those in their communities, one SMS at a time.

For more information on this initiative, watch the following video: