How Ho Chi Minh City got a facelift: sustainable development solutions are changing a city 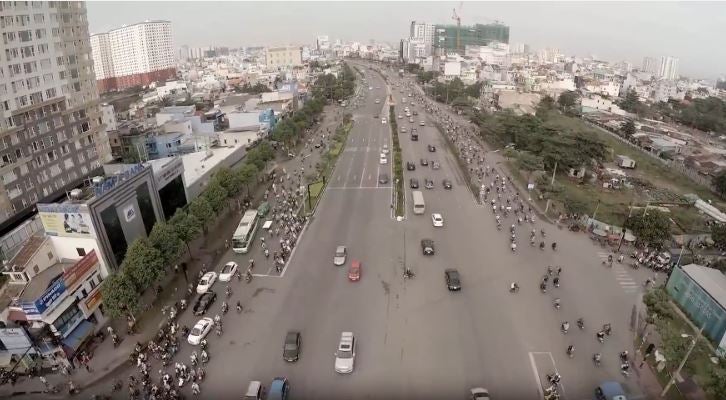 When I visited Vietnam for the first time three years ago, I imagined a Ho Chi Minh City out of Hollywood movies, with panoramic buildings of French architecture, tree-lined, long boulevards and the melting pot of Indochine cuisine.

After I began working in the city as an urban professional in 2012, I quickly learned to see it as much more: a vibrant, young, hip and energetic city with a vision and determination to become a leading metropolis in East Asia, not just in Vietnam, one of the fastest-growing emerging economies in the region.

And it has taken all the right steps just to do that, combining infrastructure development with social services to make sure the city is more livable and growth more sustainable. As the World Cities Day approaches, I thought it would be useful to share the city’s experience with the world.

With a population of eight million people, Ho Chi Minh City has a huge number of immigrants of all income levels. City living comes with a major challenge: It is surrounded by water. Located next to the Sai Gon River, it is built on a network of canals and small rivers, the majority of its land area is less than two meters above sea level. That makes it particularly vulnerable to flooding.

To make city living more manageable, the city government focused on urban improvements, flood-risk management, and institutional reforms to boost competitiveness and sustainability. But then it set an ambitious goal to build a greener and healthier urban living environment. In 2002, HCMC started the Ho Chi Minh City Environmental Sanitation Project, which was designed to revive the Nhieu Loc–Thi Nghe Canal running through seven business districts.

Ten years later, the project turned a polluted canal that posed a health risk to people living near it to a clean waterway, with a sewer system that helps to reduce flooding and collects wastewater safely. The project has also led to a demonstration effect for other cities in Vietnam who aspire to follow the same model.

“It has significantly reduced flooding and pollution, creating a better living environment for over 1.2 million people,” said the City Mayor Le Hoang Quan.

“I am happy and proud to see the new and beautiful face of the canal,” said Nguyen Thanh Suong, who has lived next to the canal for two decades.

In addition to investing in primary infrastructure, there was a focus on improving the living conditions of the city’s poor population. Based on priorities set by communities, the city government identified nearly 200 areas for improvements, followed by investments in services such as roads, electricity, schools, and hospitals. 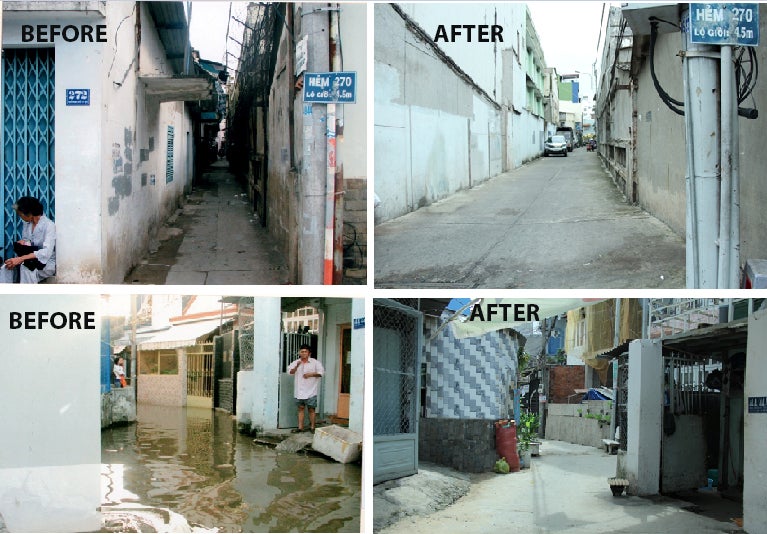 Through the Vietnam Urban Upgrading Project, which ran from 2004 to 2014, nearly 100 poor areas in the city were improved, benefiting about 250,000 households.  Houses now have access to the water supply, drainage, electricity, and sanitation services. What used to be narrow, dirty and flooded alleys are now paved, wider,  cleaner and safer. Ambulances and fire trucks can now access houses, children can play around the neighborhood, and residents can expand their businesses. This  project led to the development of national urban upgrading program which is one of the best practice program in the World Bank.

“Running my business is much easier because the street is cleaner and safer,” said Bui Thi Mai, a shop owner in District 8. “Trucks can carry goods to my door. More  shops and restaurants have been opening along this big street.”

The proposed World Bank-supported HCMC Flood Risk Management Project will address flood risk in the northern part of the city and complete the city’s ambitious  plan to address flood risk in the most populated urban areas. Another project, to be completed by 2021, is investing in a wastewater treatment plant to collect and treat  the wastewater in the Nhieu Loc-Thi Nghe sub-catchment.

In addition, the city is increasing multi-function green spaces, and enhancing its public transport system with a Bus Rapid Transit system and several metro lines, strengthening its municipal financial system, and promoting private sector involvement to boost the city’s competitiveness.

The full package of integrated solutions rolled out required strong leadership, community participation, and support from development partners such as the World Bank. I was happy to do my part to help Ho Chi Minh City become the green, competitive, inclusive, and resilient city that I call home. Thank Madhu for these projects which will have huge economic and development impacts for HCMC residents! I am very much hopeful for the successful and timely implementation!