Surveying ICT use in education in Latin America & the Caribbean 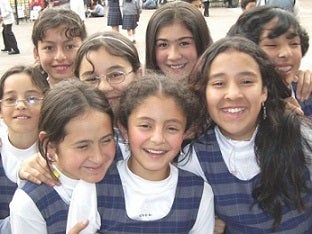 Almost a decade ago, delegates from over 175 countries gathered in Geneva for the first 'World Summit on the Information Society',  a two-part conference (the second stage followed two years later in Tunis) sponsored by the United Nations meant to serve as a platform for global discussion about how new information and communication technologies were impacting and changing economic, political and cultural activities and developments around the world. Specific attention and focus was paid to issues related to the so-called 'digital divide' -- the (growing) gap (and thus growing inequality) between groups who were benefiting from the diffusion and use of ICTs, and those who were not. One of the challenges that inhibited  discussions at the event was the fact that, while a whole variety of inequalities were readily apparent to pretty much everyone, these inequalities were very difficult to quantify, given the fact that we had only incomplete data with which to describe them. The Partnership on Measuring ICT for Development, an international, multi-stakeholder initiative to improve the availability and quality of ICT data and indicators, was formed as a result, and constituent members of this partnership set out to try to bridge data gaps in a variety of sectors. The UNESCO Institute for Statistics (UIS) took the lead on doing this in the education sector, convening and chairing a Working Group on ICT Statistics in Education (in which the World Bank participates, as part of its SABER-ICT initiative) to help address related challenges. At the start, two basic questions confronted the UIS, the World Bank, the IDB, OECD, ECLAC, UNESCO, KERIS and many other like-minded participating members of the working group (out of whose acronyms a near-complete alphabet could be built):

What type of data should be collected related to ICT use in education?

What type of data could be collected,
given that so little of it was being rigorously gathered
across the world as a whole,
relevant to rich and poor countries alike,
in ways that permitted comparisons across regions and countries?

Comparing ICT use in education across all countries was quite difficult back then. In 2003/2004, the single most common question related to the use of ICTs in education I was asked when meeting with ministers of education was: What should be our target student:computer ratio? Now, one can certainly argue with the premise that this should have been the most commonly posed question (the answer from many groups and people soon became -- rather famously, in fact -- '1-to-1', e.g. 'one laptop per child'). That said, the fact that we were unable to offer globally comparable data in response to such a seemingly basic question did little to enhance the credibility of those who argued this was, in many ways, the wrong question to be asking. Comparing ICT use in education across all countries remains difficult today -- but in many regards, this task is becoming much easier.

The UIS spent a few years meeting with national statistical agencies around the world in a process of proposing, and then pilot testing, an initial set of indicators related to ICT use in education that eventually could be used to collect data at regular intervals in countries from A(ustria) to Z(imbabwe). In 2009 it published a very useful Guide to Measuring Information and Communication Technologies (ICT) in Education" [pdf] around the world. The fruits from this work are just now beginning to bloom. In December, the UIS released results from its first regional data collection effort. ICT in Education in Latin America and the Caribbean (full report [pdf]) provides a "regional analysis of ICT integration and e-readiness", informed by the results of a survey process that utilized a standard questionnaire [pdf]. It is the first of three such analyses will be released over the course of twelve months (results from the use of the questionnaire in five Arab States were just published -- more about that in next week's blog post -- with a final set of data and analysis from countries in Asia due to emerge later in 2013). While the report doesn't really contain any surprises (and, given that it is pretty dense with statistics, it will be tough for many people to read from cover to cover), its publication represents an important milestone. Countries around the world have been spending serious money on buying computers and connecting schools, and plan to spend much more in the coming years -- it's time we got serious about collecting data so that we can better track what is happening as a result. 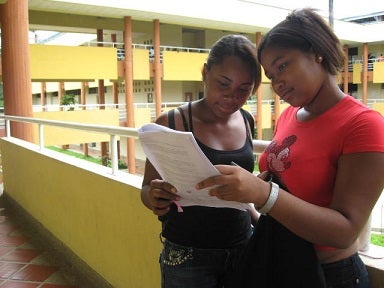 In the words of Peter Wallet, who oversaw this work at UIS, "The UIS questionnaire aims to assess e-readiness since it provides a useful concept of the preparedness level of countries to really engage with ICTs in education ..... The paper measures e-readiness, since it focuses on infrastructure, electricity, Internet connectivity, the availability of different forms of ICT-assisted instruction in schools, enrolment in programmes offering ICTs, and teachers’ general preparedness to use and teach with ICTs. This paper is meant to show country differences on several of these measures."

This is not the first attempt to survey and learn from ICT use across the region. Way back in 1982, An Overview of Educational Technology in Latin America discussed the findings of "a survey of 474 Latin American projects which used educational technology at all educational levels." More recently, publications from the Inter-american Development Bank like Projects for the Use of Information and Communication Technologies in Education: Conceptual Framework and One-to-One Laptop Programs in Latin America and the Caribbean: Panorama and Perspectives have proposed ways of analyzing ICT use in education across the region, as well as cataloging activities in key areas. Publications from UN ECLAC have looked at methodological issues related to ICT/education indicators and policies and practices across the region, together with related risks and opportunities. In 2009, the World Bank's infoDev program published the results of its Survey of ICT and Education in the Caribbean in two volumes. The UIS work complements such work in important and fundamental ways, and (one hopes) kicks off a process of regular data collection in the region, and in other regions of the world, using the same definitions, methodologies and processes. By doing so, it means to provide a foundation level of comparable data upon which subsequent analytical work can build.

Some quick highlights of patterns and trends documented in the UIS survey:

Much of the data, it should be noted, relates to infrastructure. In other words, the survey focuses largely on what is available, and not how ICTs are being used. Nor does it look at the impact of ICT use on teaching and learning. As such, this work could be (and no doubt will be, in some quarters) criticized for "searching under the lamp post". (For those not familiar with the joke: A man is diligently exploring the area around a lamp post late one night. He explains to a person passing by that he has lost his keys. The person asks: "Have you lost your keys under the lamp post?" When the man replies that he has not, the person then asks, "If you have not lost them there, why are you looking under the lamp post?" The man replies, "Because that's where the light is!") It's a fair enough criticism. That said, for the most part we haven't had much good, reliable data about can be found under lamp posts around the world. Before we go out wandering too far in the dark, perhaps we should examine what we can see most clearly.  As an earlier EduTech blog post about this effort, written back in 2009 at the workshop where the indicators and questionnaires were being finalized, stated:

"No doubt there will be criticism of just what data are being collected -- and what are not.  It is of course *much* easier to criticize individual indicators and related questionnaire items (or the absence of such indicators and items) than to suggest options in their place.  One participant voiced the (widely-shared) opinion that "It is a mistake to separate out technology infrastructure from pedagogical practices."  Fair enough.  But getting data on the former is (relatively) easy; the latter is quite difficult. The UIS-led process should be seen as a very important first step in the process of truly global data collection activities on this topic, a process that will no doubt be refined and expanded in the coming years." 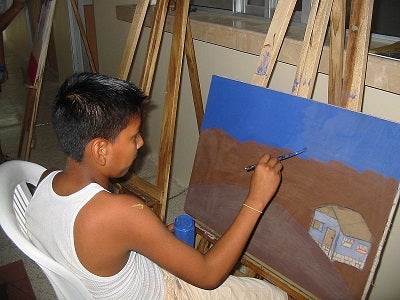 One challenge for data collection efforts related to ICT use in education is that the ICTs themselves change over time. Indeed, reading through this report, one would find little evidence of the types of initiatives and practices related to the use of mobile phones and similar devices across the region of the sort that UNESCO itself recently catalogued in publications on Turning on Mobile Learning in Latin America [pdf] and Mobile Learning for Teachers in Latin America [pdf]. For what it's worth, indicators related to the use of things like mobile phones were considered (and hotly debated) when the initial questionnaires were discussed and piloted a half-decade ago, but it was decided not to include them, given that they weren't yet much in evidence at the time, and because it was thought that energies could be more productively directed to trying to measure what we already knew was out there (but weren't counting) than to try to predict would might be coming in the future. Those who criticize the fact that the survey doesn't cover things like mobile phones might find it interesting that there were also similar sorts of discussions about including a question related to the use of 'virtual worlds in education', given what seemed to be the growing prominence of the use of things like Second Life by some educators at the leading (or bleeding) edge of technology use in education. What constituted broadband for schools was another topic of hot debate back then -- much as it remains today.

Some of the data we collect today about ICT use in education through surveys such as this may not be that relevant or important tomorrow. The fact that such data are collected according to standard definitions and as a result of following rigorous protocols and methodologies will, however, remain very important. Indeed, one important legacy of this work (as well as similar work in other regions) may be that it helps to build the capacities of national statistical agencies and other groups to collect these sorts of data going forward in ways that are reliable and globally comparable. While some of the individual data points may change or lessen in importance in the future, the need for rigor in attempting to document just what is happening related to the use of ICTs in education around the world will only grow in the coming years. Congratulations to UIS for helping to lead this process.


You might also be interested in the following items about ICT use in education in Latin America from the World Bank: