Building an Ecosystem for Social Entrepreneurship in Rural Livelihoods 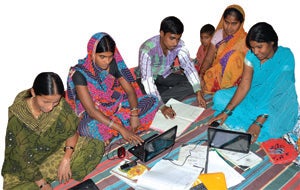 Social Entrepreneurs: the Government of Bihar wants to partner with you!

Traditionally, both government and the private sector have struggled to reach remote and poverty stricken parts of India, especially eastern states such as Bihar. Even social entrepreneurs and civil society organizations struggle to apply their innovations because of poor reach and lack of absorption,. However, Jeevika, a program jointly supported by Government of Bihar and the World Bank, has built a community-based institutional platform that can reach millions of poor households in Bihar. It is now offering a unique opportunity to social innovators to capitalize on the platform as well as access to financial capital providing enterprises with a chance for a leap.

Bihar has more than 100 million inhabitants and is India’s second poorest state. Ninety percent of the population lives in rural areas and the state has lagged behind in reducing poverty. Poor households have struggled for reasons such as lack of economic opportunity, inability to transact with financial institutions. Jeevika, a rural livelihoods program has been working with community institutions since 2007 and has built an institutional platform by mobilizing 1 million  women into self-help groups (SHGs) and higher-level federations. Eventually, the project plans to mobilize 15 million households and reach most poor households in the state over the next 5 years. 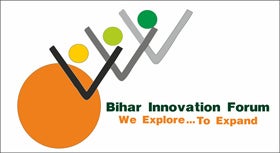 Social mobilization has also been accompanied with focused efforts to improve both the demand and supply side of credit enabling a pro-poor investment climate in the state. The total financial turnover of households, which have accessed credit multiple times, has been INR 5.25 billion(~$95 million) or INR 13,000(~$230) per household. The financial inclusion initiatives have also been accompanied with various innovative livelihoods initiatives.

In 2007, Jeevika launched a unique market-place called ‘Bihar Innovation Forum’(BIF) with the objective of identifying  private sector and non-profit organizatons with new ideas and high social impact but which are unable to scale-up due to lack of resources or poor access to public institutions. BIF’s intention was to find solutions to improve rural livelihoods beyond established channels through an open, transparent, and competitive process.

Social entrepreneurs were asked to send proposals with their ideas and its applications on ground. The long-listed proposals were each vetted through a rigorous process and on-site visits. Eventually, 25 innovations were featured in the forum and given public recognition. Some of these awardees were also given an opportunity to scale-up their innovations through the community institutions. 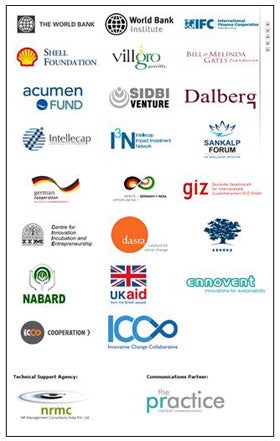 One of the most successful scale-up of innovations from the first edition has been PRADAN, which had piloted the System of Rice Intensification(SRI) method in Purulia District of West Bengal with just 17 farmers in 2002 and was present in Bihar with 417 farmers. The institutional platform provided by Jeevika assisted PRADAN engineer a rapid scale-up of its innovation. The merger of technical support(provided by PRADAN), community institutions, and pro-poor investment climate facilitated the creation of a single-window system for smallholders (small and margnal farmers can access all agri-services within 2 kilometers of their workplace). This single-window system enabled more than 200,000 farmers to adopt SRI techniques last year. The farmers through experimentation and customization were also able to transfer the principles of SRI to other crops such as oilseeds, pulses and vegetable. Initial results have shown that the participant farmers have witnessed a productivity increase of 86% in rice and 72% in wheat. The profitability of rice cultivation has increased 2.5 times.

Encouraged by the success of first innovation forum, Jeevika recently launched the second edition of the forum in collaboration with Bihar State Innovation Council and is now looking to tap social entrepreneurs beyond the state. The government has rolled out a major outreach plan with roadshows across the country to call for proposals from public, social entrepreneurs and civil society organizations in 8 livelihood themes: Agriculture, Livestock, Financial Services, Rural Energy, ICT Based Solutions, Skill Development & Non-Farm Sector, Improved Access to Entitlements and, Better Access to Services.

Winners of the forum will be provided direct financial support, mentorship and a chance to scale-up their innovations using the institutional platform. In addition, these entrepreneurs will get access to a network of other partners like impact investors, foundations, incubation agencies and donor agencies. It has also forged partnerships with the major players in the social entrepreneurship space such as Gates Foundation, Acumen Fund, ennovent, Ashoka Foundation, Intellecap Impact Investment Network and others.

If you believe that you can transform the lives of the rural poor in Bihar and your innovations can lead to sustainable and scalable rural livelihood solutions, then the Innovation Forum is the right platform for you. If your ambitions to scale are being held back by lack of access to rural poor or local governments’ support, Apply Now! Most I can say is, I’m not sure what to express! Except needless to say, for the wonderful tips that are shared on this blog. I am able to think of a zillion fun methods to read the articles or blog posts on this site. There’s no doubt that I will eventually take a step with your tips on that matter I could not have been able to touch alone. You were so innovative to permit me to be one of those to benefit from your valuable information. Please see how considerably I appreciate it.

Hi Parmesh,
Good to see this initiative and looking forward to working with the Forum