Five lessons of regional integration from Asia, America, and Africa

Despite falling tariffs, there is still a large gap between the price of the exported good and the price paid by the importer, largely arising from high costs of moving goods, especially in South and Central Asia. On a percentage basis, the potential gains to trade facilitation in South and Central Asia, at 8 percent of GDP, are almost twice as large as the global average. High trade costs have contributed to South Asia being the least integrated region in the world. 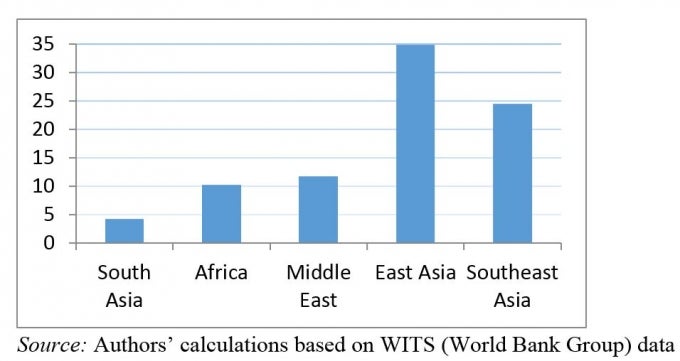 In the ASEAN region, most countries have established either Trade Information Portals or Single Windows that have enhanced trade facilitation, reduced trade costs and enhanced intra-regional trade. A Trade Information Portal allows traders to electronically access all the documents they need to obtain approvals from the government. A Single Window (a system that enables international traders to submit regulatory documents at a single location and/or single entity) allows for the electronic submission of such documents. These single windows, using international open communication standards, facilitate trade both within the region and with other countries using similar standards.

In services, one barrier to trade involves the movement of skilled workers, accountants, engineers and consultants who may move from one country to another on a temporary basis. The Southern Common Market (Mercosur)’s Residence Agreement allows workers to reside and work for up to two years in a host country. This residence permit can be made permanent if the worker proves that they can support themselves and their family.

Countries impose legitimate controls on imports to ensure the health and safety of their citizens; however, such NTMs can become more trade-restrictive than necessary, in which case they become a non-tariff barrier (NTB).  A simple way is to think of NTBs as measures applied only to imports and not imposed on domestic production. To reduce the occurrence of NTBs, NTMs need to be streamlined.

The African Economic Communities (COMESA, EAC, and SADC) established an online Mechanism for Reporting, Monitoring and Eliminating NTBs. This mechanism collects complaints and helps resolve disputes transparently and in a multi-country setting, thus building trust between trading partners. So far, the Mechanism has addressed nearly 500 cases, of which more than 80 percent have been resolved, according to the website.

Lesson 3: Do not discriminate between investors

In the case of ASEAN, intra-regional investment is over 17 percent of total FDI in the region. ASEAN is a favored destination for global investment. That’s partly because of the ASEAN Comprehensive Investment Agreement (ACIA) that protects investments made by non-ASEAN parties. These parties are guaranteed fair and equitable treatment, and ASEAN governments agree not to make arbitrary decisions. Foreign investors are also protected against unlawful expropriation, and, to the extent feasible, extended security in the event of civil unrest. Free transfer of funds into and out of ASEAN is also guaranteed to foreign investors.

The ASEAN experience suggests that in order to take full advantage of a regional investment framework, each South Asian country would have to undertake reforms to improve its respective investment climate.

Successful regional cooperation takes advantage of geography.  It is natural, for example, for countries to share electricity with each other. Such sharing helps balance supply and demand and allows smaller countries exploit economies of scale, and it can also lead to more efficient load management.

In Central America, the Central American Electrical Interconnection System (SIEPAC) interconnects the grids of six Central American nations over 1,790 km of transmission lines extending from Guatemala to Panama (Figure 2). SIEPAC was financed by a variety of sources led by the Inter-American Development Bank, and is owned by a regional operations entity with public-private ownership. SIEPAC has been credited with helping Panama recover from an energy crisis and is expected to lower electricity rates throughout the region. 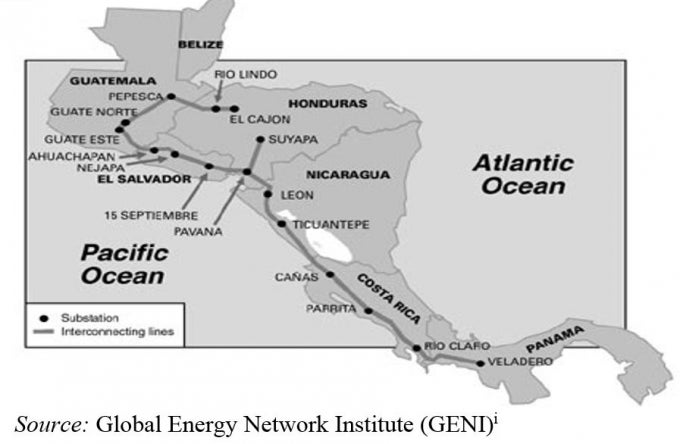 Our final lesson is that regional integration is a long and incremental process. Regional agreements suffer from a gap between intentions and implementation.  One way to address this would be to set up credible institutional  to monitor compliance and outcomes, housed in regional secretariats such as COMESA, or, in the case of South Asia, SAARC.

Improved regional outcomes, such as higher trade volumes, price convergence, reduction in border crossing times, or an increase in energy trade, take time and patience, and require political will and institution-building. South Asia can capitalize on recent political momentum in the region and keep pushing on issues that have a strong developmental impact -- energy sharing, reducing costs of trade, and encouraging intra-regional investment.