How to Upgrade Housing in Informal Settlements? 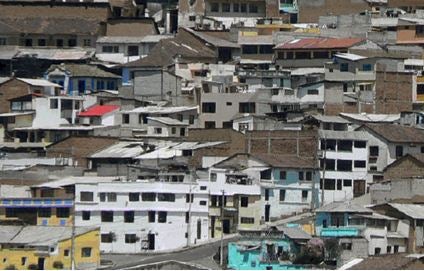 According to recent estimates, South Asia is facing a shortage of 38 million housing units, largely affecting low and middle-income households. It comes as no surprise that informal settlements, slums and squatters are growing in all major urban centers across Asia to supplement the demand from urban poor. India alone has 52,000 slums inhabited by 14 percent of its total urban population. Almost, 50 percent of total population in Karachi, i.e. 7.6 million persons, lives in Katchi-Abadis. Bangladesh has 2,100 slums and more than 2 million slum dwellers in Dhaka. Even in Afghanistan, 80 percent of residents in capital city, Kabul, live in informal settlements.

Informal settlements largely arise due to dysfunctional urban land and housing markets, without adequate, appropriate and effective policy and regulatory mechanisms to correct the market imperfections. As part of the South Asia Urbanization Webinar Series, the World Bank is organizing a webinar on “Upgrading Housing in Informal Settlements” on Wednesday, May 29, 2013, from 8:00am to 9:30am EST to uncover critical challenges and bottlenecks faced by all key players-public, private sector, and government. Through global examples and case studies, we will address pressing questions: Does tenure security and housing rights bring stability and financial empowerment to the urban poor, especially women? Can investments in informal housing lead to enhanced growth and productivity? What is the opportunity cost of in-situ upgrading, often on prime land in city center? What are the experiences with relocating informal housing to urban fringes? Does sequencing of policies, such as providing public services and infrastructure before or after housing development on private property affect target group and prevent land speculation? What are the policy implications of different spatial attributes and use inside formal and informal housing units; for example in slums, housing units also serve as manufacturing and storage spaces for SMEs? Enjoyed looking through this, very good stuff, thanks .

I’m not that much of a online reader to be honest but your sites really nice,
keep it up! I'll go ahead and bookmark your website to come back
later on. Many thanks