Is Upgrading Informal Housing a Step in the Right Direction? 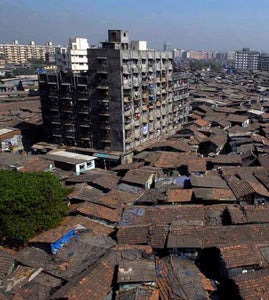 Within the next 30 years, urban populations in developing countries will double and UN-Habitat estimates that around 3 billion people will need housing and basic infrastructure. Already, 70% of existing housing in developing countries is built informally without appropriate structural standards. Thus, the challenge lies in reconciling informal settlements with existing and future planned environments.

In light of these challenges, the South Asia urban team at the World Bank, as part of its urbanization webinar series, organized a discussion on “Upgrading Housing in Informal Settlements.” This webinar highlighted the challenges of upgrading housing in informal settlements, and shared lessons from around the globe where targeted policy interventions and grassroots movements have mobilized resources to create success stories. Guest speakers and experts around the world joined the discussion on informal settlements.

With an estimated 120,000 persons moving into slums every day globally, Julian Baskin presented a compelling case for urgent policy action to address the issue of informal settlements. Baskin illustrated the pros and cons of formal and informal housing development covering crucial aspects including time and cost of development, legal framework, among others. The emergence of informal settlements typically involves a process where settlers firstly move on to land, followed by the building of houses, and installing of basic infrastructure, a process which, in the case of Johannesburg, took as little as one week.

However, obtaining a legal title to such land is often more time intensive. On the contrary, formal housing works the other way around, beginning with obtaining title to the land, installing infrastructure, building housing, and finally moving into the space. This process in comparison to informal housing typically takes 5 years. An obvious implication of the time taken in the development of formal housing is that the supply of formal housing tends to lag the demand. With a pro-active and data-driven approach, which accounts for growth rates and urban expansion, planning agencies could balance the supply of housing stock with anticipated demand.

In the context of developing countries where barriers to the development of formal housing encompass institutional, financial, and technical capacity constraints, Baskin expressed that fundamental policy shifts to allow incremental housing could have far reaching impacts, for instance moving from a supply-approach to support-approach. Similarly, depending on the capacity of the national, state and local governments, private sector as well as the community, the extent to which an area is serviced with public infrastructure and housing could vary, thus providing affordable options to the community. Security of tenure, he pointed out is different from legality of tenure, and public participation were other areas, which were covered in detail by the other speakers through case studies of Sao Paulo and Sindh.

Elisabete Franca continued the discussion with a focus on specific interventions in favelas of Sao Paulo. She  pointed out that it is important for the new housing  to be in close proximity of the existing location.  This is necessary to minimize the disruption of social and economic networks. Another important lesson from this case study is the formation of Municipal Housing Councils, where representatives from the local government bodies, local community leaders and the community came together to plan, design, and implement projects in partnership.

Tasneem Siddiqui presented key lessons learned from Sindh Katchi Abadis Authority’s slum regularization program. After continuing with the policy of demolishing slums until the 1970s, the Pakistani government drafted laws which allowed regularizing informal settlements on publicly-owned land. This step was taken when social activists pointed out informal settlements are no longer outlier events, but a regularly occurring phenomenon. The government decentralized the initiative at the local level and established a clear, transparent, and easily understandable regulatory process for formalizing neighborhoods, which was accessible to the community. A household could purchase land at a reasonable price, a third of which was used for local infrastructure improvements, one third to the land owning agency and the remaining one-third to meet administrative costs. Siddiqui also emphasized the importance of engaging the community in the entire process from design to implementation, including supervision for a community buy-in and sustainability of the program.

Providing secure and affordable housing to an ever increasing number of urban settlers in the developing world is a serious challenge for governments. While there is no single approach to meet this challenge, the speakers shared global cases studies where multi-pronged interventions were successful. Governments must consider a combination of reactive and pre-emptive policy objectives, which range from upgrading existing informal solutions to planning areas in the city where new city inhabitants can find affordable housing options. Share your thoughts and experiences with informal housing upgrading in the comment section.

Watch the recording of this webinar by clicking here, to find out how cities around the world are addressing this issue. You can also watch the previous SAR Urbanization webinars at: It can be really challenging as it takes a tremendous amount of resources to built a standard infrastructure. However,it is too tunnel vision to just upgrade the informal housing as it has very little safety measure.