Your Neighbors Are Making You Sick 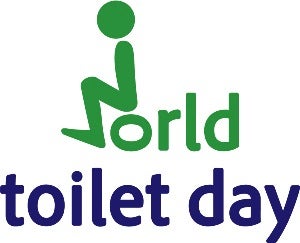 Jitender is a four-year old boy with forward-thinking parents. Although it’s common in his village, in the Indian state of Uttar Pradesh, for most people to defecate in the open, his parents have taken  the lessons of the government’s sanitation campaign to heart. They know that open defecation spreads disease—so they construct a private toilet that hygienically isolates their waste from human contact. Nonetheless, a few months later, Jitender develops persistent diarrhea. He is often dehydrated, loses weight, and becomes pale. His immune system is weakened by multiple bouts of disease, and for the next several years he struggles with recurrent illness. He has trouble keeping up with his schoolwork, and, more perniciously, even though he ate more than enough calories each day, the diarrhea eventually caused malnourishment. He remains small for his height and suffers from subtle intellectual deficits that make it difficult for him to follow the teacher’s lessons even during those periods when he does manage to attend. Because of his low marks, his family isn’t able to fulfill their dream of sending him on to university. The village takes note of Jitender’s example and concludes that improved sanitation doesn’t provide much, if any, benefit. This is a fictional story; however, similar stories are being heard every day in South Asia.

Jitender’s problem is that disease is a communal matter: if a household routinely comes into contact with unhygienic places, then they’re always going to be at risk, even when they have a sound sanitation facility. However, once safe sanitation is adopted by a majority of the community, then everyone—even the few who continue to defecate in the open—becomes considerably safer.


Despite the progress in South Asia over the last 10 years--close to 10% of the population gained access to improved sanitation—almost 60% of India’s population still lacks it, according to WHO UNICEF Joint Monitoring Program.  Furthermore, 650 million South Asians do not have access to any sort of toilet. In many cases, this is not because they are prohibitively expensive—many types of toilets can be built for less than $10, and there are incentive programs to encourage toilet construction—but because many South Asians live in villages like Jitender’s, places where sanitation has not yet become a cultural norm.

The cost of poor sanitation is immense. The average prevalence of diarrhea among children under 48 months is 12%, and one in ten deaths in India are due to diarrhea. After factoring in the death and suffering, as well as the sort of childhood stunting and low school achievement that Jitender experienced, the total annual cost, to India, of poor sanitation, as estimated by the World Bank’s Water and Sanitation program,  is over 6.4% of the country’s GDP.

And yet…there’s an element of rationality to villagers’ reluctance about adding toilets to their households. For families like Jitender’s, building a toilet is no magic bullet: diarrhea prevalence in young children only goes down by 1.3 percentage points after a household constructs an improved sanitation facility, and by a mere 0.6 percentage points when an unimproved facility is constructed.

The missing link is the externalities that arise from gaining better access to sanitation. By externalities, economists mean the costs or benefits that spill over and affect parties who did not choose to incur those costs or benefits. With regards to safe sanitation, according to a recent WB study[i], the vast majority of its health benefits only appear once more than half the village has access to improved sanitation facilities. If a child were to move from an open-defecation house in a village where everyone practices open-defecation to an improved-sanitation household in a village where almost everyone has access to a toilet, their risk of contracting diarrhea would fall by 46%. Direct benefits—those enjoyed by the family that installs the toilet—form only one fourth of the total health benefit from an improved sanitation facility. The rest is due to externalities. That is why Jitender still fell sick. Although his parents’ caution lowered his risk of contracting disease by a bit, he still lived in an environment that was fundamentally non-hygienic. If the rest of the village had installed improved sanitation facilities, there is a much smaller chance that he would’ve become ill.

Although both common sense and pragmatism have always indicated that sanitation initiatives are most successful when they’re a community-wide effort, it’s become clearer than ever that sanitation interventions cannot be left to the individual interest of each household. The extent of the positive externality is so great that every mechanism for incentivizing public-spirited behavior—shaming offenders, arousing communal feeling, appealing to altruism, and, if necessary, creating financial incentives—must be used to ensure that every person in a given village has access to a toilet.

That’s what happened in the village right next to Jitender’s. Here, the sanitation interventions were much more successful. Students took to heart the messages they learned in school and now they and their parents refuse to defecate in fields. Families won’t give their daughters in marriage to husbands that don’t have improved toilets. Toilets have become a status symbol. Those who are caught defecating in the open are mocked. In this village, Jitender’s cousin, Hari grows up tall and strong. When he becomes an adult, he travels to Lucknow to look for higher-paying work. When he moves into a shanty on the edge of a construction site, one of the first things he does is construct a proper toilet. For him, it’s a matter of pride, and, for his children, it’s a matter of success. Luis
Thanks for putting this on World Toilet day - highlighting the issues around open defecation. In India the problem doesn't end up with toilet construction. Need efforts to educate on use of toilet which is central. Many thanks for this.
Srinivas

Hi Luis,
I have recently joined SASDU. A very powerful story which captures why improvement in sanitation is so difficult to achieve. Perhaps one of the lessons should be to more strongly emphasise the health impact viz., medical costs, stunted growth and learning disabilities on children so that parents and community internalise some of the long-term benefits. There should be greater financial incentives for maintaining ODF community and more importantly it should be additional). If higher levels of govt reduce other discretionary grants then the incentive to improve sanitation would not be very strong.

Rajesh,
Thanks for comments. I agree with you that greater incentives may be needed. However, these incentives have to be properly design so they are inducing the right behavior and leakages are minimized.
Regards,
Luis

Luis,
I am surprised to see your posting, because the health externality of hygiene and sanitation is the main focus of my coauthored paper that you and I discussed both in New Delhi and DC. As you know the paper is currently under review and it has been in circulation, in its earliest drafts. In fact the paper is also available on the World Bank website since 2008. I hope you will revise your piece to give the due credit. In fact the title of your blog post is directly from my paper.
Thank you,
Tauhid

Dear Tauhid,
Thank you for your interest and your pointing your paper out to us. As I explained to you by email, unfortunately, your paper did not pop up through the different searches we conducted for our literature review and we didn’t find any reference to it in the papers we revised. Even internally, at the Bank, we were not able to find it until we searched by the complete title in your paper. After you pointed this out to us, we found two entries: one in the Bank’s page and another in SSRN. I am including the link to it for the benefit of the readers: http://papers.ssrn.com/sol3/papers.cfm?abstract_id=2373894.
The blog is based on the paper we started working on in 2012. The paper was completed in November 2013 and we got clearance for publication the following month. Our paper is now available in the World Bank’s Policy Research Working Papers series: http://ideas.repec.org/p/wbk/wbrwps/6737.html .
Last week, I read your paper with great interest and I am glad that we share a same interest. It is also encouraging that we find ‘sort of’ similar results. Apart from this, the papers followed different approaches, with different data, different outcomes indicators as well as different key explanatory variables. In our paper, all the results about sanitation are estimated for the impact of improved sanitation access (as JMP’s definition) and not,"latrine," as in your paper. Your paper uses the ratio of sick people in the household and the number of sick people in the household with in the previous six months of the survey as a health outcome. Among other differences, the period of recall is completely different (six months versus two weeks). While we focused only on diarrhea prevalence, you used seven symptoms where diarrhea is included as one. While your paper takes the health problems of all household members into account, we consider only children under 48 months of age. The numbers are also different. If we look at Table 5 in your paper the coefficient is -0.054. This differs from our 1.3% reduction in probability that was stated in the blog from the private access to sanitation. We also have a comprehensive section dedicated to counterfactual analysis that is not in your paper. Furthermore, while you have a nice discussion on hygiene behavior in your paper, we were not able to cover this issue in ours due to data constraints.
Moving forward, the fact that we missed your paper is entirely our fault. I will make sure that we include a reference to your paper on our future work on this topic.
Thanks again for your interest. I look forward to talking about this agenda in next time you visit Washington.
Regards,
Luis