In 2015 the world saw great momentum for climate action, culminating in a historic agreement in December to cut carbon emissions and contain global warming. It was also a year of continued transformation for the energy sector. For the first time in history, a global sustainable development goal was adopted solely for energy, aiming for: access to affordable, reliable, sustainable and modern energy for all.

To turn this objective into reality while mitigating climate change impacts, more countries are upping their game and going further with solar, wind, geothermal and other sources of renewable energy. As we usher in 2016, these stories from around the world present a flavor of how they are leading the charge toward a climate-friendly future.

1: Morocco is rising to be a “solar superpower.” On the edge of the Sahara desert, the Middle East’s top energy-importing country is building one of the world’s largest concentrated solar power plants. When fully operational, the Noor-Ouarzazate power complex will produce enough energy for more than one million Moroccans and reduce the country’s dependence on fossil fuels by 2.5 million tons of oil.

2: In Bangladesh, the number of solar-powered homes is surging, making it the world’s fastest expansion of solar energy. About 3.5 million homes—or 18 million Bangladeshis— now have electricity thanks to solar home systems. This means that besides reducing carbon emissions, these systems will help children at home, make it safer for women to walk at night, assist families to receive remittances more easily, and help more people find jobs.

3: China is turning 800 primary and middle schools in Beijing into “sunshine schools.” Once the project is completed, the rooftops of these schools will be covered with 100 megawatts of solar panels to power classrooms for teachers and students, making way for bluer skies and healthier air for local residents and more awareness about the environment in young hearts and minds. This will also help bolster China’s efforts to scale up renewable energy and reach its ambitious climate targets set at COP21. 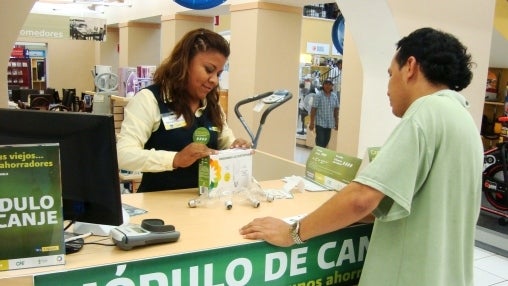 4: Mexico’s efforts to promote more efficient household lighting have gone nationwide. The country has achieved an energy efficiency milestone by distributing almost 23 million energy-saving light bulbs for free. More than 5.5 million Mexican families now use energy-saving lamps. This helps these families save up to 18 percent on their electricity bill, and prevents an estimated 1.4 million tons of CO2 emissions each year. 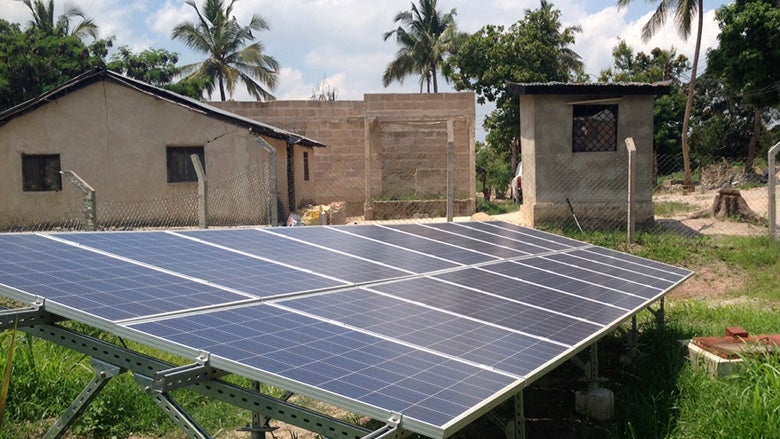 5: Tanzania holds immense potential in solar and wind power, according to an energy mapping study taking place in 12 countries. The study finds that the country has solar resources equivalent to Spain’s and its potential for wind power exceeds that of the U.S. state of California. What does that mean for those who lack electricity access in Tanzania? One potential success story is the hundreds of rural water points that will soon be powered by solar energy, making it more affordable for farming communities to operate and maintain rural water systems.

6: Turkey has achieved a substantial growth of renewable energy in recent years. Since 2001, the country has commissioned 16,000 MW private sector hydro, wind, geothermal and other renewable sources. Today, more private investment continues to pour into Turkey to propel its power sector modernization. Supported by the Clean Technology Fund, private sector renewable energy and energy efficiency projects financed by EBRD, IFC and the World Bank are helping avoid an estimated 5 million tons of CO2 emissions each year.

Similar results are being achieved in India, Kenya, Mongolia and many other countries around the world. Now that the climate deal has been struck, it’s time for countries to scale up action to make their economic development more sustainable and fully climate operational. How is the development of wind and solar progressing on the small outer islands?

Thanks for your questions, Wayne. You can find more information about recent progresses on renewable energy in Small Island Developing States (SIDS) in the World Bank's ESMAP/ASTAE 2015 Annual Report: http://www.esmap.org/node/56439

I would like to share the story of my own home town related to sustainable energy. I come from chitral, which is one of the remote district of kpk province of pakistan.
It is a known fact that, pakistan as a whole is energy starved country. But the situation in my neighbourhood got worse, when last year in mid July torrential rain washed away the only hydro power house which provided electricity to the whole area of upper chitral. We were immediately thrown back to the olden times when electricity was nowhere to be found. We used kerosene lit lanterns and once again we witnessed the dark age.
Thanks to the solar technology and it's easily availability through out the world ,in few days time, almost all the household in the area brought solar panels that provided energy to light up their homes and charge electronic appliances.
It has been almost 7 months,since the flood hit the area and destroyed the powerhouse, the area is yet to receive the powerhouse reconstructed. But, solar panels are serving the purpose in a very nice, clean and efficient way.

Dear Shadman, thank you very much for sharing your inspiring story. It broke my heart to hear about what your famiy and neighbors had to go through after the flooding, but it brought a big smile to back my face to learn how solar technology made a difference for you at such a critical time when no other available energy sources could. I will share your story with those around me. Best of luck!

Nicaragua has made one of the most successful transformations to renewables. They have gone from zero to 50pct in last decade.

Your article was very informative and motivating. I live in Jamaica where sunshine abounds 365 days of the year and I'm interested in how solar energy can translate into the creation of sustainable development for economic growth and job opportunities, with minimal environmental impact. Would like to know where to find information on solar energy in schools and the home. Thanks for sharing.

Regarding windpower you appear to only see the energy it produces. The negative environmental impact must also be calculated in. Of course this will vary from country to country and place to place and in some places the benefits outweigh the negative. This may be the case in many developing countries.
However, in Norway the power industry together with segments of the environmental lobby, have captured the agenda and are now in the process of turning our Norwegian nature into industry areas by developing windfarms everywhere. Large windfarms are granted concessions like beads on a string along our beautiful coasts. All i blind regard for what this will do to our tourist industry. How do they think we can continue to portray Norway as a place with unspoiled pristine nature when there are windturbines popping up om every second picture taken along the coast?
The power is heavily subsidized and sold to the EU at less than half the cost of producing it.

Your article was worth the read! It's inspiring how countries around the world are finally adopting eco-friendly ways, like solar and wind, to generate power. Bigger nations must learn from these countries.
Regards
Alice
www.dial2donate.org

Excellent job, many thanks.

Save Electricity by Solar Energy

Your blog was filled with interesting ideas! I must totally agree with these awesome and effective tips. I surely saved a lot of money.

energy efficiency projects financed by EBRD, IFC and the World Bank are helping avoid an estimated 5 million tons of CO2 emissions each year.

Thanks for writing such an informative blog. This has helped a lot in improving the Sustainability through the country and this initiative by sterlite will keep growing.

Thank you Andy. I'll follow your blog for latest updates in renewable energy .

This is great information you have gathered. Thank for posting about this. I think that sola power is the future. As panels and battery storage improve at an exponential pace, and the average price point goes down, we will see it more available to the lesser developed countries. http://www.southerncalsolarsystems.com

The article you have written is very useful and informative. I've just installed solar panel so it could help in using light energy and saving money.