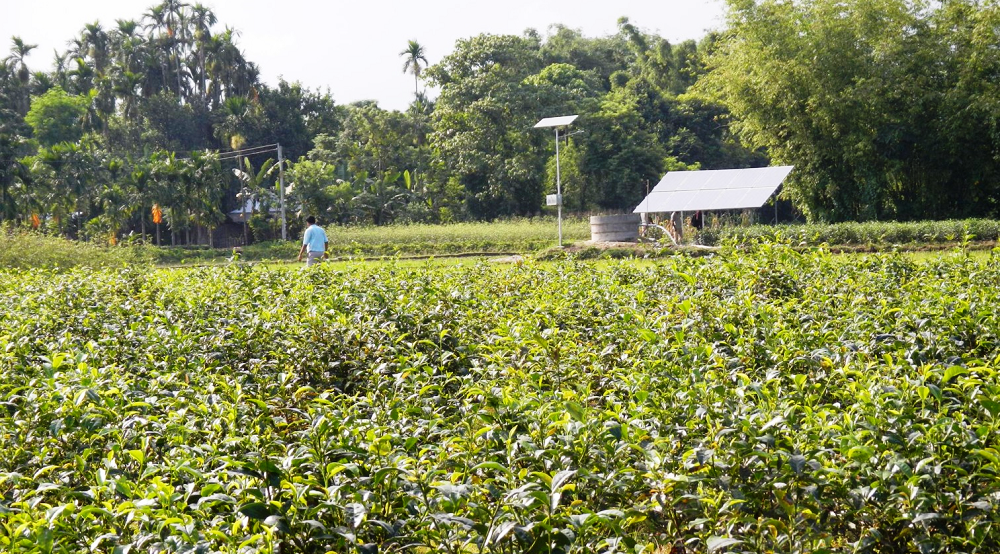 Last month, I met an obstetrician in India and in the course of conversation, asked her how many babies she had delivered.

“After ten thousand babies, I stopped counting,” she said.

Naturally, I was curious to know if anything scared her when she’s delivering a child. Her answer: “I pray that there is electricity for sterilized water and other equipment during the process.”

The obstetrician is also the project director for part of a World Bank health project in Nagaland—a remote Northeastern state in India. She is an ardent advocate for the expansion and promotion of solar energy in the primary health care sector because she, like many of her colleagues, believes that more solar energy in the health sector can spur a revolution by boosting the standard and reliability of health delivery services in the country.

When I joined the World Bank four months ago as a renewable energy specialist, I had always considered solar in the context of electricity for homes and businesses. But working with other sectors and exploring solar interventions in increasing crop productivity, safe drinking water and child delivery in health centers has shown me the massive potential solar energy has to help other areas of development as well. There is a clear business case for why solar is fast becoming a mainstream technology for providing power even in non-energy sectors like agriculture and water.

Until recently, the biggest hurdle in adopting solar power was the high upfront cost (more than $3 per watt before 2010) and lack of project financing for solar projects.

But much of that has changed. In the last four years, solar module prices have fallen more than 70% (less than $1 a watt), and per unit cost of solar power (kwh) has fallen from 30 cents per unit in 2010 to less than 8 cents per unit not only in India but also in Brazil, Chile, UAE and other countries.

For instance, if we compare solar power with diesel generated power in an off grid scenario in India, the cost of power from a diesel-powered pump for irrigation in agriculture sector per unit is about 30 cents, compared to 8-14 cents for a solar pump. Solar is slowly but surely becoming a bankable technology, with several companies raising funds through innovative financing structures such as yieldcos and green bonds. But our health, agriculture, disaster management and water colleagues are glad to have help from the energy practice to make sure they can get the appropriate quality equipment at the best prices.

The World Bank’s climate change and energy teams in India are also working on solar park loans for other states in the country, including cyclone-hit Odisha.

The World Bank’s expertise in renewable energy has allowed us to help India choose the right technical specifications for solar systems for drinking water prescribed by the government of India. We have been able to meet with paddy farmers in remote areas of the state of West Bengal and talk to them about the transition from a single crop to two or three crops a year that could be achieved with solar irrigation pumps and optimizing the use of water at the same time.

Now, we are working with agriculture experts at the Bank to develop an innovative service contract for water where contracts will be awarded not on the basis of solar pump installation, but on the basis of the amount of water (controlled and monitored) provided for irrigation to farmers. GPRS monitoring and service-based delivery of water could check the incessant use of water in India where agriculture power is almost free and has led to very low levels of ground water. Currently, we are testing 50-70 solar pumps in West Bengal.

Until I started working with these cross sectoral teams, I had been mostly immersed in the technical aspects of solar energy delivery, but the last few months have been eye-opening for me. We helped the project director and obstetrician in Nagaland secure bids from solar companies that can provide solar solutions in remote locations. The plan is to target solar roof tops for 177 health facilities and 500 villages across the state over six years. That’s more than we plan to do in some of the dedicated energy projects.

The total cost for setting up such a system (including critical load) estimated for District health centers is roughly $0.9 m (20–30 KW), community health centers for roughly $0.32 m (8–13 KW). An off grid health solar roof project in Nagaland could cost around $2,000–$3,000 per KW as compared to less than less than $1,000 per KW for a large scale grid connected solar plant in India. The grid is cheaper but it’s not an option in these remote locations in Nagaland. I am looking forward to implementation of the project answering the prayers of the obstetrician I was talking to, as well as to getting solar energy into the lives and livelihoods of so many Indians in remote locations.
Topics
Agriculture and Food
Climate Change
Disaster Risk Management
Energy
Poverty
Countries
Brazil
Chile
India
United Arab Emirates
Regions
South Asia
The World Region Hi, I am 100% agree with this article. It is really great achievement for all those people who are working for this and now most of solar panels for sale are available at a reasonable price in the market. Thanks for sharing this with us. Cheers!

India has substantial areas in North East,Uttarakhand,Himachal,Sikkim and interiors where grid is not there so off grid solar is the only option

Thanks Amit for this interesting posting. With the cost of solar energy coming down, it is definitely the way to go. There is a leapfrogging opportunity with the development of newer and cheaper sophisticated solar technology. One that comes in mind is Tesla's Powerwall and Powerpack batteries. Perhaps the Bank group should approach Tesla to see how the Bank can can promote this game changing techonogy.

It is interestng to note the potential of Solar PV in health sector is utilized. As an intern to the energy resource institute, I myself have worked in development of solar powered portable blood bank.

It's good to hear about alternate energy source being progressed...
I am being agricultural eng. Knows well that how important source is solar energy in remote area..
But still we need to work on it's efficiency & cost..