Economic growth does not evenly spread within countries: some regions benefit, while other regions lag behind. This is as true in the European Union (EU) as in most other parts of the world, despite significant convergence efforts in the EU. The leading regions in Europe have, on average, 2.3 times the GDP per capita of their poorest counterparts. This is also the case at the country level. In Romania, for example, the Bucharest-Ilfov region surpasses Madrid, Berlin, or Budapest, in terms of GDP per capita, but that same country also has 5 regions that rank among the poorest in all of the EU. 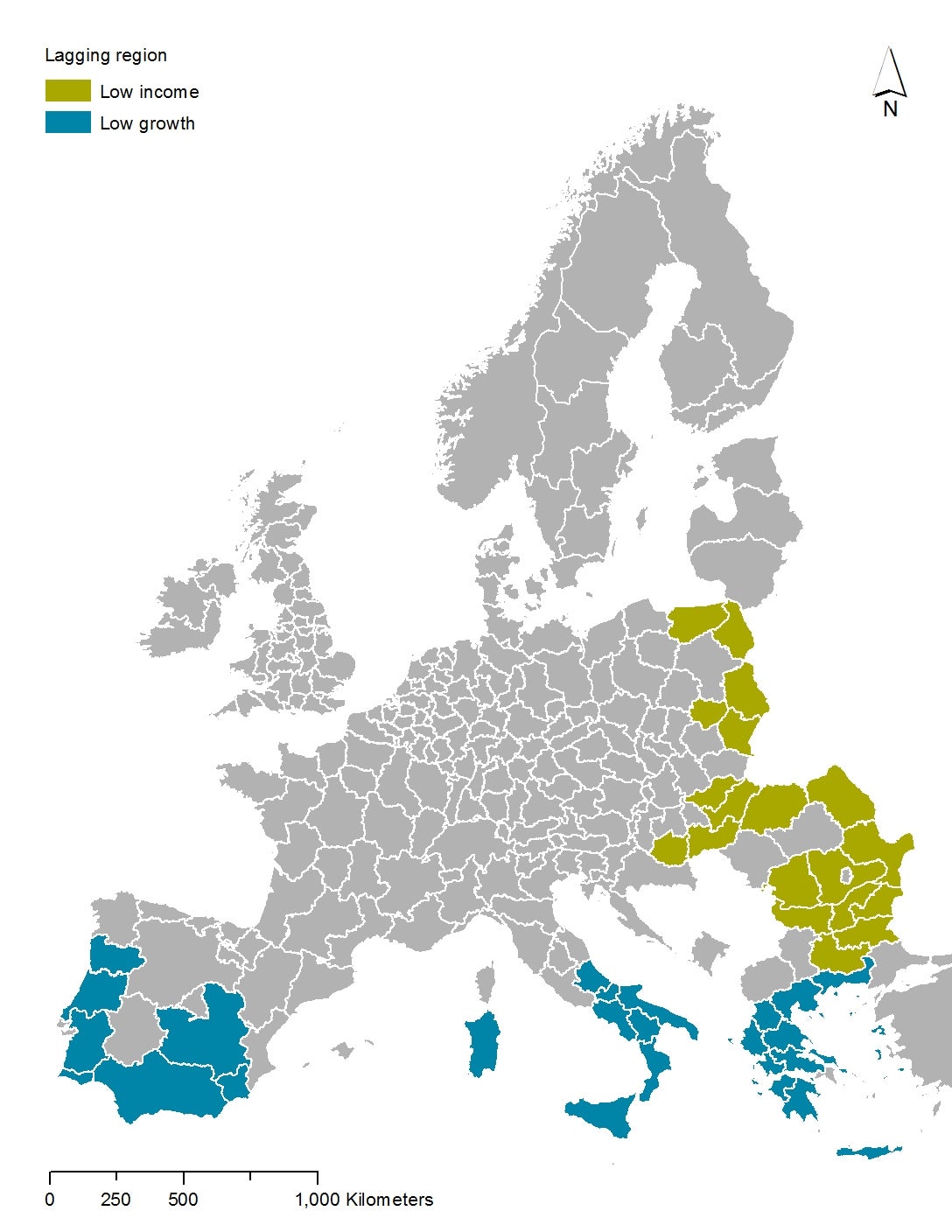 The Regional Development Policy is the EU’s main policy for planning investments. The European Commission’s political priorities are intrinsically linked to narrowing development gaps and reducing disparities among its member states - including at the sub-national level. So, as the EU moves toward its next round of programming for its Cohesion Policy in 2020, now is a good time to strengthen the implementation of its Regional Development Policy.

Earlier this month, a high-level meeting was held in Brussels between the European Commission and the World Bank. One of the key issues discussed was lagging regions in the EU - a topic which is of mutual interest to both institutions. An upcoming World Bank Report, Rethinking Lagging Regions in the EU (2018), will contribute to this important conversation by examining factors that stimulate economic growth or deepen inequality across the EU’s many regions.

So, what are some of the key takeaways from this recent report?

There are 5 things you (probably) didn’t know about the phenomenon of “lagging regions” within the EU.

1. Some lagging regions are more dynamic than others

Between 2005 and 2015, ‘low growth’ regions (lower part of Figure 2) experienced zero growth in GDP per capita - compared to the EU average of 2.1 percent annually. In stark contrast, ‘low income’ regions grew by 4.6 percent annually (upper part of Figure 2). Thus, ‘low income’ regions are on the path to convergence, while ‘low growth’ regions are going in the opposite direction. 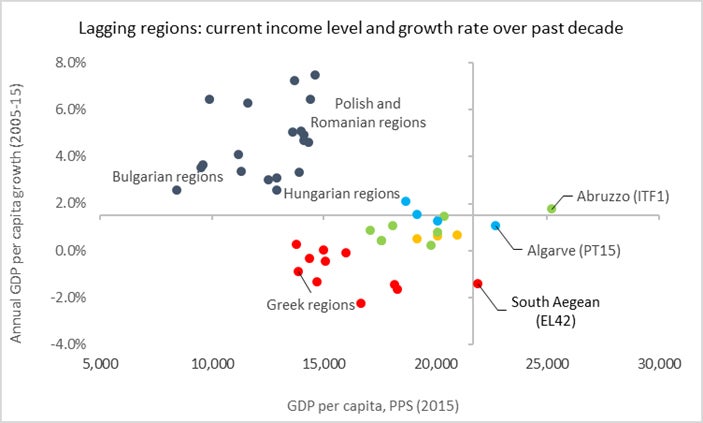 2. Social outcomes are particularly poor in lagging regions … but also in rich ones

Although economic outcomes are used to represent what really matters in the lived experiences of communities and households, social outcomes (health, education, access to information, and voice, among others) are essential targets for convergence, from the perspective of the EU. From this perspective, lagging regions are really lagging. Even though “low income” regions have the lowest social outcomes in Europe, “low growth” regions also have social outcomes that trail far behind their income levels. This is something that we see in Europe’s richest regions as well, where poverty and inequality have been rising.

3. Demographic decline is a defining feature of lagging regions

In ‘low income’ regions, the impact is also aggravated by extremely high rates of outmigration.

4. Lagging regions are peripheral, but not necessarily sparse

A region’s growth potential depends a lot on where it is located and how dense its population is. So-called peripherality (i.e. low proximity, as measured by market access, which is the population weighted distance from the region to all other regions) is a defining feature of lagging regions. While some regions are both peripheral and sparse (mainly in ‘low growth’ regions), a substantial number of lagging regions are peripheral but more densely populated than the European average, suggesting the potential for agglomeration. This agglomeration could benefit these regions by creating economies of scale, in terms of transportation and proximity between production factors and network effects.

5. Jobs in lagging regions are concentrated in low value-added non-tradables

They also have a significantly lower share of activities that tend to have high productivity growth, notably industry and advanced services. 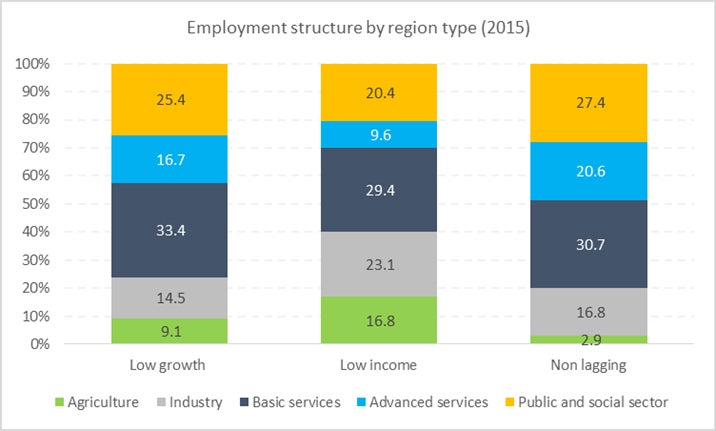 So, what happens next?

Given these characteristics, how can the EU most effectively channel the €50 billion they spend each year on the Cohesion Policy? What policies should they focus on? What are the most appropriate delivery mechanisms? Do conditionalities achieve their aims?  Would performance-based transfers achieve better results?

These and other tough questions have been raised by the European Commission. The World Bank is committed to sharing its experience from other regions in implementing regional development policies and looks forward to collaborating with the European Commission as it moves forward in planning for its next programing period for its cohesion policy.