The distance between skills and jobs in Moldova 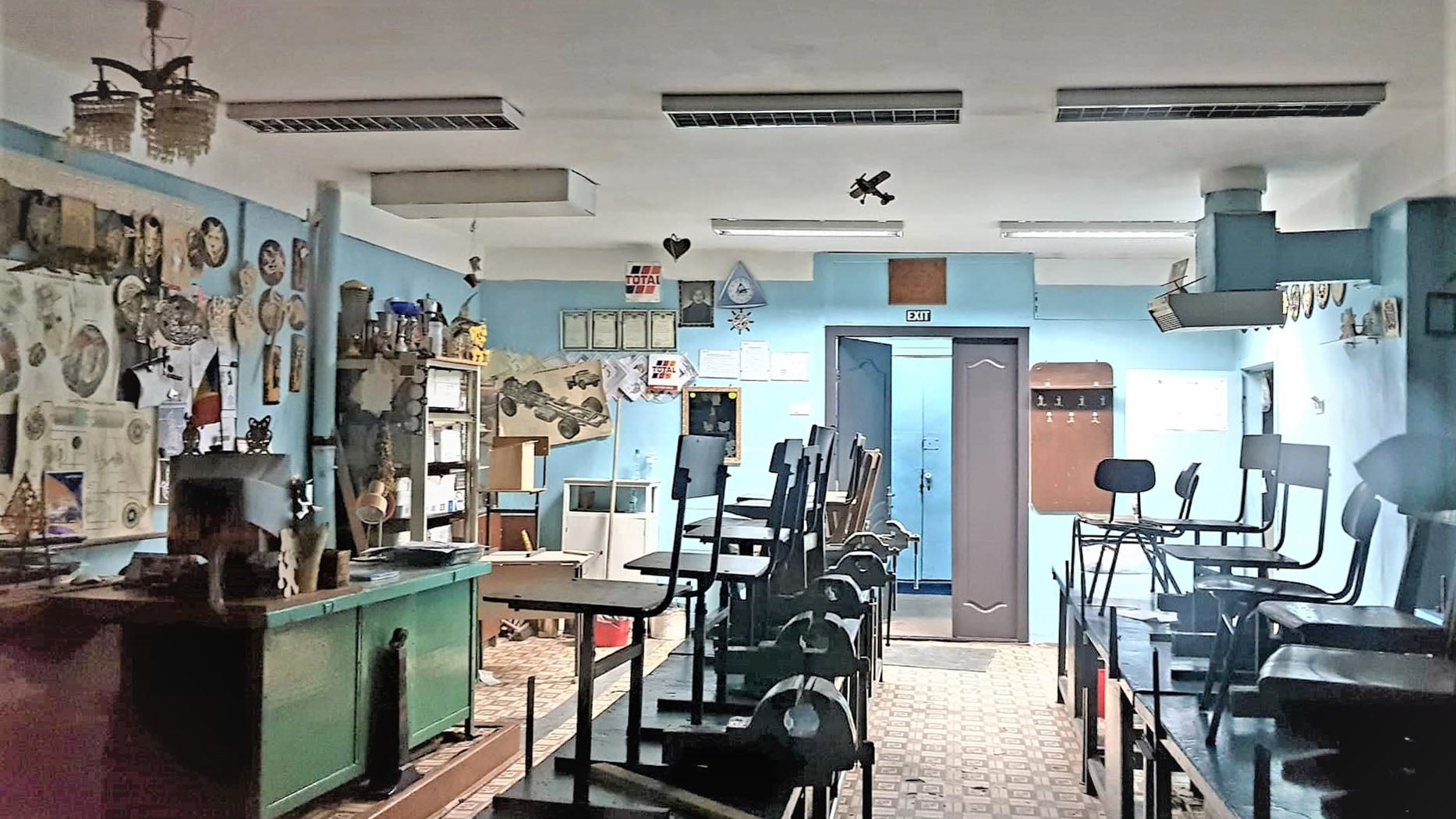 Walking my dog recently, early on a dark January morning, I noticed a light from a window on the ground floor of the school near my home. I took a peek inside. Somebody was preparing the classroom for a technology education lesson, or what we call in this part of the world a “labor lesson.”

I am not nostalgic by nature, but the sight of the classroom took my mind back to the Moldova of the mid-1980s. That’s when I used to attend such classes.

In those days, a teacher – normally a former foreman at a plant or factory – would share their knowledge and skills about how to handle a hammer or a metal file, for example. I smiled as I recalled how we would use wood-burning tools in class to prepare small personalized gifts for our female classmates on the eve of International Women’s Day (March 8th).

But my dog started barking and halted my trip down memory-lane. I switched on my smartphone and took a photo of the classroom. Then I checked my Facebook page and read some news about a self-driving Tesla car crashing into and "killing" a robot in Las Vegas in an apparent hit-and-run incident. The news brought me back instantly to the 21st century.

Walking back home, I passed by the premises of a very successful British–Moldovan software company, which is literally 200 meters down the road from the school. And I thought for a second about how close the future is to the past.

Then I had to go to work.

Ironically, one of the things on my “to do list” that day was to share messages on social media about the World Development Report 2019: the Changing Nature of Work, which studies how the nature of work is changing as a result of advances in technology.

Many of us fear that machines will one-day steal our jobs, but the Changing Nature of Work finds that, on balance, such fears are unwarranted. Work is normally reshaped by technological progress.

This means also that employers look for new and updated skills listed on the CVs of job-hunters.

When my son announced one day that he was going to quit the philology faculty at his university – because it left him with too little time for his hobby as a web-designer – I’ll admit that I became quite annoyed and confused.

But time has proven my son right. He now works successfully as a graphic-designer for a foreign-owned web development agency based in Moldova. The agency never asked him to bring along a diploma to show that he had web-design expertise. Instead, they looked as his portfolio of projects and then offered him the job.

In many ways, my whole family exemplifies the rapid transformation in the nature of work and society. Grandson of a carpenter, son of an excavator operator, father of a graphic-designer – and here I am working in the field of communications for an international organization that was not present in my country when I was a student, in a country that did not even exist when I was a schoolboy.

Moreover, my son is doing a job today that his great-grandfather never even knew would exist. Though I must say that the young man has no idea how to handle a rasp in his grandad’s carpentry shop … or the abacus his grandma once used as an accountant. But that’s another story.

I do believe that investing in human capital should be a priority for Moldova, so that people can acquire the skills demanded by a rapidly changing labor market. And citizens should acknowledge that they will have to learn new skills throughout their lifetimes to be able to find better jobs.

Our new report Digital Jobs in Moldova indicates that about 14 percent of jobs might be automated away in the coming two decades, and as many as 60 percent of all jobs might significantly change in the composition of tasks performed. Workers in Moldova seem to be unprepared and require new skills to cope with these challenges.

High-quality education and training opportunities are therefore necessary for everyone. And it is skills that will determine what the 200-meter distance from the school near my home to the IT company around the corner will feel like for a young graduate. Will it be a walk, a sprint, a hurdling or even an exhausting steeplechase race?
Topics
Education
Countries
Moldova
Regions
Europe and Central Asia People are often afraid of what's new, but history teaches us not to be afraid of change.

This blog is a very interesting read! Also took me down memory lane :) I remember getting these kinds of hand-carved presents from boys on Women's Day, while girls would make a salad or some embroidery for February 23 - the official Fatherland Defender's Day, aka "Men's Day".
My daughter is in high school in Bishkek, Kyrgyz Republic. While many of the classes & topics are the same as during my school days, education professionals are making steps to adapt the program to today's realities. For instance, my daughter regularly does PPT presentations and participates in group projects, the current one being an installation made from plastic bottles as part of an ecological awareness campaign in school.

Indeed, this was characteristic for all countries from former USSR. It's good to know that Kyrgyzstan makes efforts to change the system and ensure that students get relevant skills.