Reform is hard because it depends on people. Building human capacity to sustain reform is often the biggest obstacle to a successful change program. Bangladesh realized that its weak public procurement system and processes was a drag on resources for investment and decided on a long-term reform program to address it.  The country’s experience over the past two decades shows that the right sequencing of reforms, with strong emphasis on systemic capacity building and professionalization of the procurement function, can bring impressive results.

Previously, public procurement practitioners came from various academic backgrounds without systematic training in the field. This resulted in inefficiency, negatively impacting the use of public resources. Tenderers and other stakeholders in the process were also not clear on the procurement system, adding to the confusion and delays.

More than half of foreign bribery cases occurred to obtain a public procurement contract. It is estimated that 10-30% of the investment in publicly funded construction projects may be lost through mismanagement and corruption (OECD, 2016).

In 2002, the Government of Bangladesh partnered with the World Bank to initiate broad public procurement reform. This agenda prioritized skills building and development of a cadre of procurement professionals. As the reform progressed, this element evolved into a comprehensive model for capacity development and professionalization.

So far, over 37,000 people have received well-structured procurement training who cover a range of different roles in the system. Sixty are national trainers, and there are 9,000 procurement practitioners and 6,000 bidders. Other relevant stakeholders trained include policy-makers, auditors, accountants, bankers, estimators, anti-corruption officials, judiciary and parliament officials, and journalists. This has created the mass of qualified specialists and sensitized stakeholders necessary to expand the coalition of reform supporters with the capability to deliver and monitor change. 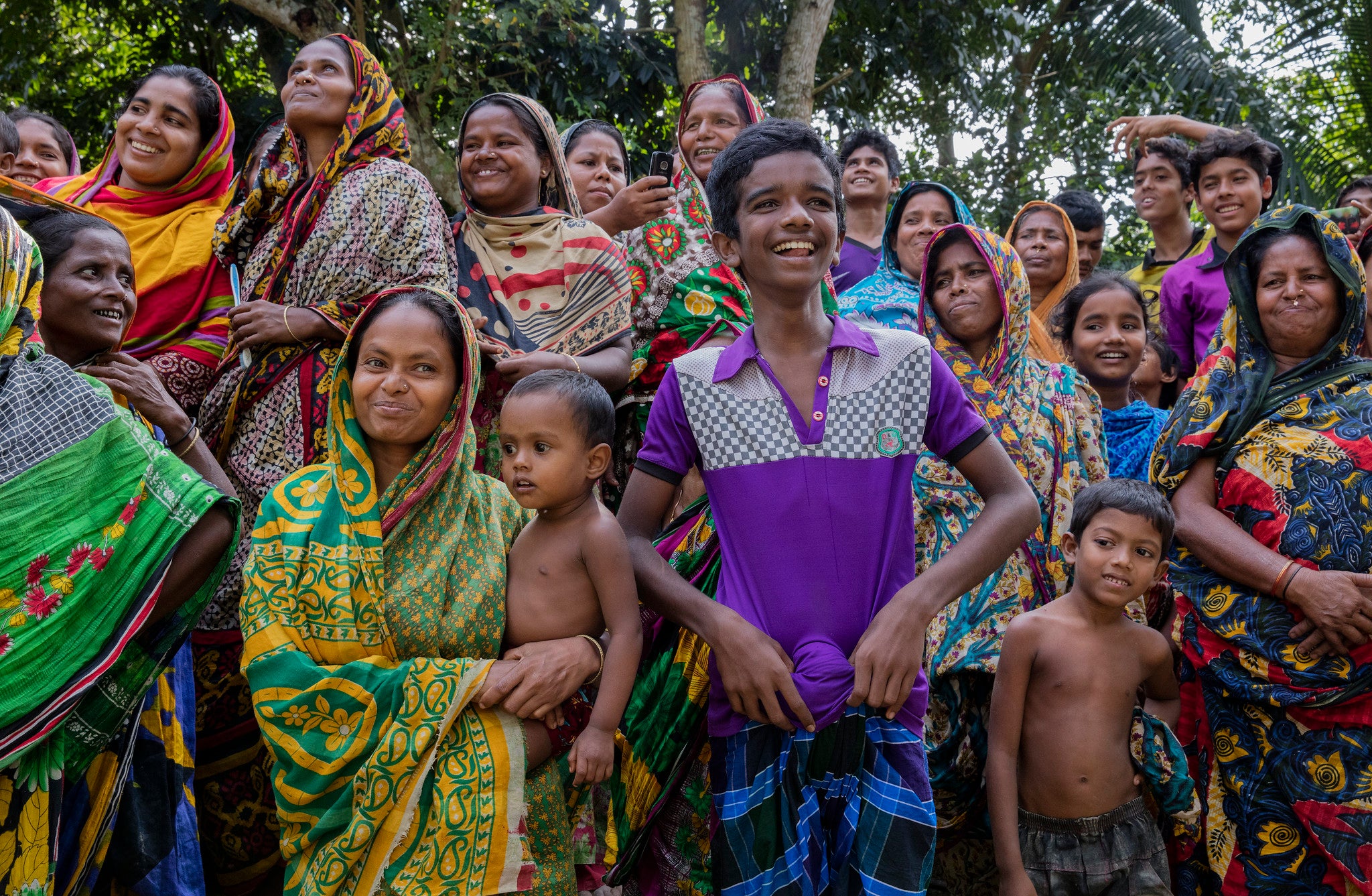 "Before the e-GP was introduced, we had to submit tenders manually. We had to carry a huge amount of paperwork to Motijheel. It was a big hassle. On top of that, there were political muscle men who would try to prevent us from bidding. After e-GP was introduced, the process has become easy. The e-GP training helped us a lot. We learned that we could store our company papers in the system online and draw from there each time we needed those documents. We simply had to map the document to the tender submission. The training taught us how to scan the documents, what size the documents had to be, how many documents to include in a file, how to name the files. Those without IT backgrounds especially benefited from this training."

Designing and Institutionalizing the Program

Bangladesh considered many factors when designing the skills program. What were the procurement goals? Who needed training? What were the skills gaps? Who would design and provide training? Who could act as the oversight and regulatory body for the process? Who could accredit the professionals? How much would it cost? What funds were available? These considerations factored into a capacity development model designed with two distinct parts: procurement practitioner training and stakeholder sensitization.

Professionalization and capacity development are long-term processes. Financial and human resources of global standards are critical to deliver a high-quality capacity building program. To build the aptitude for capacity development within the country and institutionalize the model, the government facilitated a collaboration between two international and two local institutes. The training framework was designed in such a way that each public procuring entity will have at least one trained staff to work with colleagues.

Procurement practitioners’ training needs were assessed, and training materials were developed. Initially, 25 people were trained and certified to function as national trainers. This group has now grown to 60.

“I attended the procurement training in 2011. In the office, no one has the time to explain to you the steps in the procurement cycle so this training acted as a strong foundation. After the training, I felt much more comfortable and confident about my work. I’ve seen that this training has changed people’s career track. Before they were not as interested in procurement, but after this, they see procurement as a profession worth nurturing.” 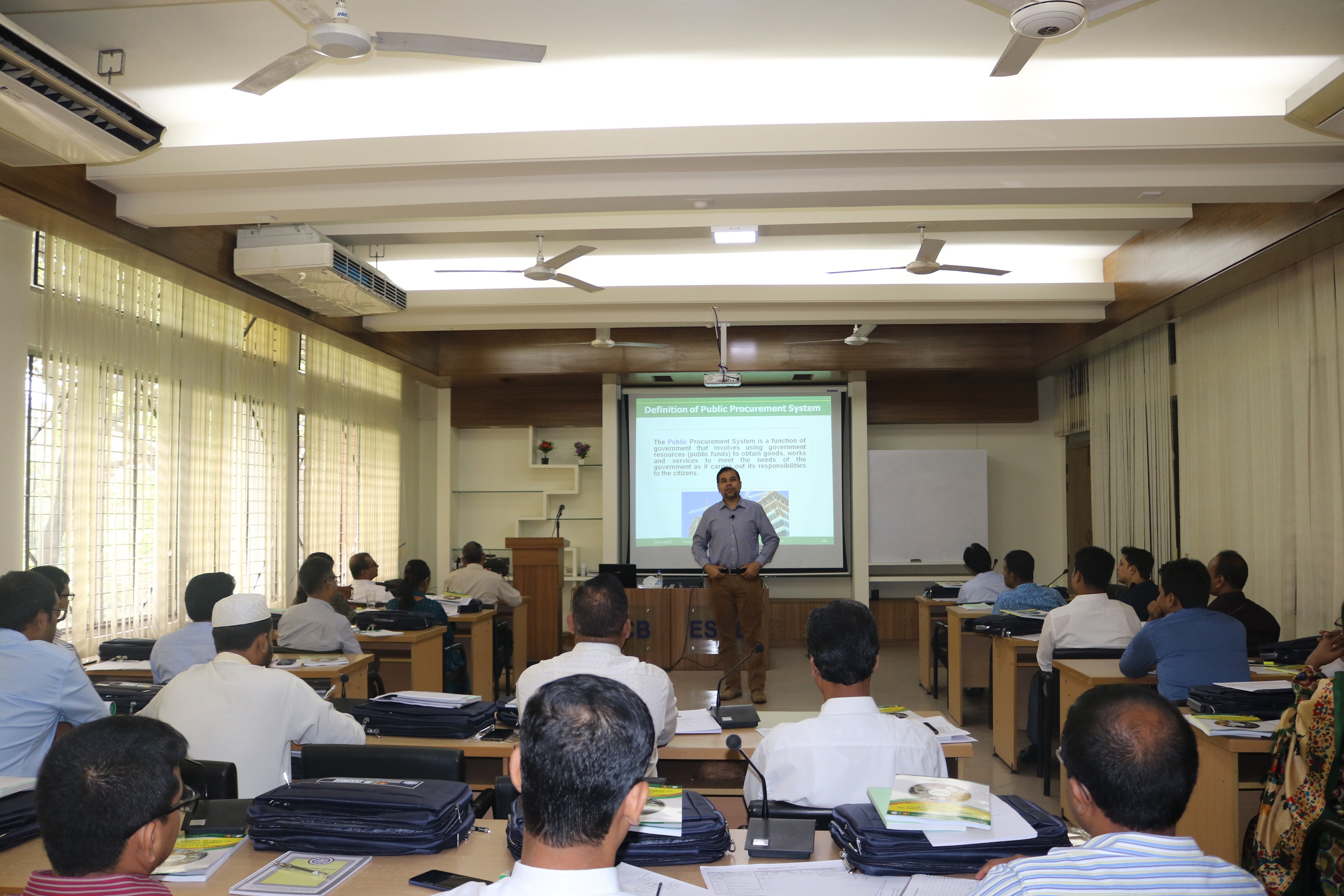 Bangladesh continues to strengthen its capacity development program to professionalize procurement and certify people in four tiers based on their experience and qualification.  Detailed requirements for each tier have been developed and a Professionalization Certification Board issues certificates.

Just developing procurement skills wasn’t enough to make the procurement system effective. Bangladesh realized there was a need to sensitize other stakeholders who could contribute to a sound procurement environment. As such, a series of short courses (1-5 day) targeting 17 categories of audiences were developed. These courses were more general in nature and targeted civil servants, auditors, estimators, accountants, parliament officials, judiciary, anti-corruption, bidding community, and journalists.

In addition, training on how to use the electronic government procurement portal (e-GP) was given to 6,000 bidders and 17,000 officials of procuring entities.

e-GP has resulted in an annual saving of $150 million in 2017.  A considerable amount that could build over 1,500 km of rural roads or 3,000 primary schools. Moreover, it increased efficiency, transparency, competition and overall, better delivery of public services.

This experience demonstrates that professionalization and capacity development is a continuous and medium to long-term effort, but plays the most pivotal role in improving public procurement system of a country.