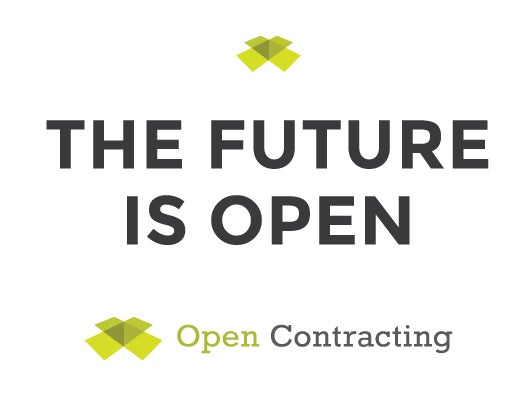 Informed decision-making is crucial to the success of policies and reforms that foster growth and prosperity. So, how can we help decision makers make better decisions?

When public resources are not spent as efficiently as they could be, the cost is paid by all of society in the form of low quality services, bad performing markets and eroded trust of citizens in their governments.

While public contracting is so significant to all sectors of society, public contracts are often awarded and implemented under the veil of secrecy. The ability to track how public resources are spent, and to truly follow the money from budgets to contracts to outcomes, is often halted by opacity and lack of good data. In fact, even in those countries where more data is available, public contracting information is often scattered across multiple systems and governments agencies, preventing it to be easily compiled, analyzed and compared.

Seeking a solution to this problem, the Open Contracting Partnership - under the leadership of the World Bank Group hosting the Partnership’s secretariat - embarked on the development of an Open Contracting Data Standard to provide guidance to governments on how to disclose more and better data for the full cycle of public contracting, from planning to implementation.

Version 1.0 of the Open Contracting Data Standard has just been launched after a year-long iterative process of development, based on a thorough analysis of the supply of and demand for contracting data by different governments and users. The Standard was developed for the Open Contracting Partnership by the World Wide Web Foundation through a project funded by Omidyar Network and the World Bank Group.

The Standard seeks to serve as a guiding best practice for publishers of public contracting data, as well as for citizens wishing to advocate for and access contracting data. It sets out key documents and data that should be published, backed up by a fully documented open data specification that describes the data fields and structures that publishers should use to increase the accessibility, usability and interoperability of the data they publish.

Standardized processes dramatically lower the cost of producing, using, comparing, and integrating data. Reporting becomes easier through re-use of data. All current and historic data of a contracting process can be compiled in a single record, and visualized for ease of consultation and use. Additionally, with broad adoption, global analysis of comparable contracting data becomes possible.

The vision of the Standard is that when equipped with the right and necessary information, governments will be able to be more successful in allocating resources; more companies will be able to compete in the market allowing for a level playing field for the private sector; and citizens will receive higher quality of services while being able to hold their governments accountable for how they spend public resources.

Since its launch last week, six countries have already expressed an interest in pioneering implementation of the Standard: Canada, Colombia, Costa Rica, Paraguay, Mexico and the United Kingdom, with more expected to join soon.

As the process to develop the Standard continues, we hope that it will result in better data, more informed decision-making, contracting that is more open, and, ultimately, enhanced development outcomes.

How can the Open Contracting Data Standard be most useful? Share your thoughts in the comments.