Political economy drivers of PFM reforms: a systematic look at what we all know somehow 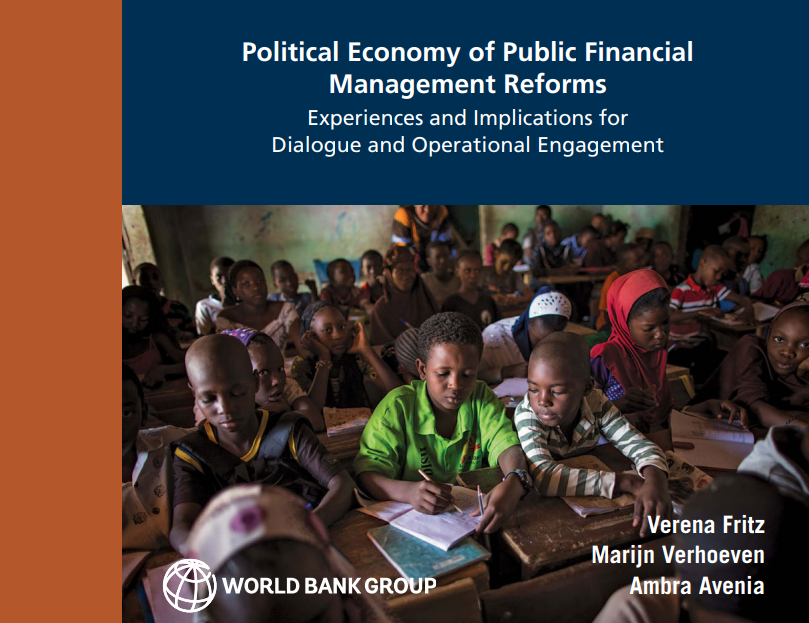 Over the past two decades, almost every developing country has adopted some form of public finance management (PFM) reform plan, with many currently pursuing second or third generation plans. Over the same period, development partners have provided substantial support – a total of over $20 billion since 2002. However, some countries have seen strong progress, while others have seen little, or have even experienced backsliding (see Graph 1 a and b).

A new study on political economy aspects of PFM reforms digs into factors that may explain this uneven progress, and what could be done differently to achieve more. While ‘political commitment’ or ‘political will’ are widely considered important, there has been little systematic analysis of how such commitment emerges and how it matters for reform progress.

The study includes a quantitative analysis that looks at changes in PFM performance by region and income groups, and how PFM performance correlates with a range of economic, social, and political variables. It then systematically compares five country experiences and how reforms related to different stages of the budget cycle were shaped by political economy drivers.

Graph 1: earliest and most recent average PEFA scores relative to per capita incomes 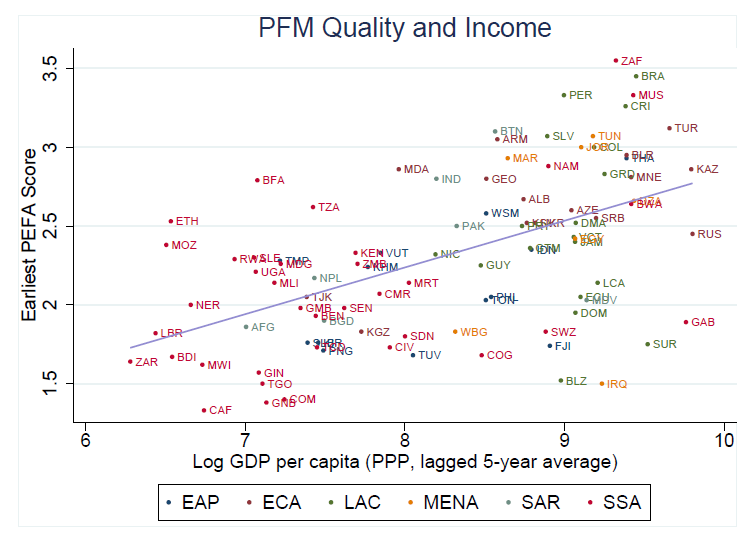 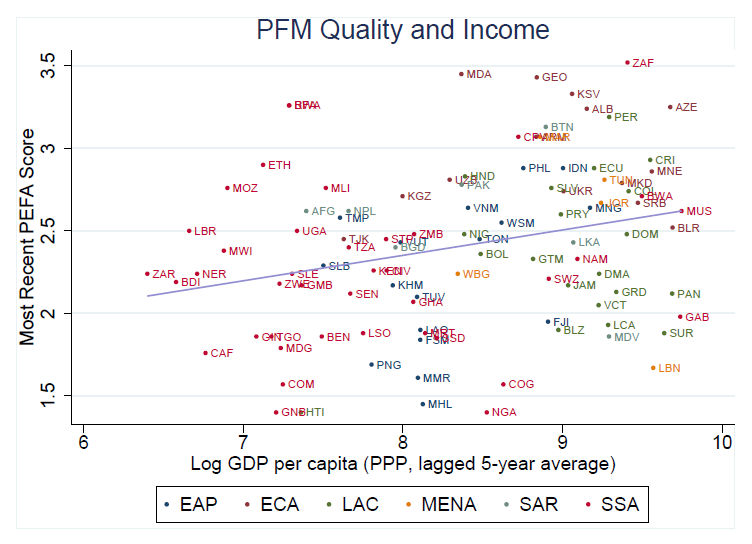 Note: for the methodology used, please see the full report

Here are some key findings:

What are your experiences with how political economy drivers affect PFM reforms? Tell us in the comments below.
Topics
Macroeconomics and Fiscal Management
Governance
Financial Inclusion
Financial Sector
Digital Development
Regions
The World Region

I really like what you guys tend to be up too.
This sort of clever work and coverage! Keep up the
awesome works guys I've added you guys to my own blogroll.

At the subnational level, aside from the cso demand, it is imPortant that results based budgeting aligned with develoPment effectiveness. Not limited to the focus on accountability on Procurement, citizens demand nor chart of accounts but as well as alignment to the outcome et al...

And at the end, it is monitoring the commitment control, both the IT comPonent and the technical skills for scrutiny.