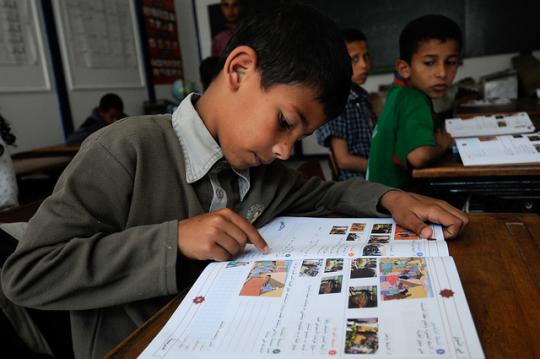 Public procurement is not among the most popular topics in development circles. However, consider just these three ways in which procurement is probably one of the most indispensable elements that make up a truly capable state:

First, without effective procurement, hospitals wait for drugs, teachers for textbooks, and cities for roads. Whenever a news item surfaces about drugs shortages in hospitals, schools without textbooks or failing road networks, the reader may be looking at a procurement problem. Without efficient procurement, money gets wasted on a very large scale. Many developing countries channel significant proportions of their budgets through the procurement system – even marginal savings can add up very fast. Third, public procurement is a part of the government that citizens see every day. Lack of transparency and corruption in procurement directly affects citizens, and the losses to corruption are estimated in the billions of dollars every year. Corruption in procurement is a big problem that affects rich countries as well.

In the Middle East and North Africa (MENA) region, all these factors come into play very strongly. Public procurement accounts for 15-20% of GDP. Corruption, lack of opportunities and outright state capture all precipitated the Arab Spring. The case for procurement reform in the region is strong, but its implementation is not. Why are reforms happening so unevenly or not at all? To find out, a team from the World Bank and the Overseas Development Institute (ODI) joined efforts and started to work with the governments of Morocco and Jordan to investigate this question.

Our approach to this work follows a broader trend that tries to transcend applying best-practice models by focusing on problems which stakeholders think are important. Therefore, we broke down the reform agenda into discrete reform building blocks and then investigated which stakeholders were for or against, and why. This is based on the assumption that governments have procurement systems because they serve a function, and not just because the formal institution of “procurement” looks good on the organizational chart. In other words, this is an effort to understand the “why” of reform. Three lessons have already emerged that could be widely relevant and applicable for other countries: Interesting article and comments indeed. In Lebanon, the office of the Minister of State for Administrative reform powered by donor institutions including WB focused on reform Of the law and discounted results and performance concers untill recently. With little collective ownership, and little concerted effort from stakeholders both private, public and civil society little progress has been achieved since 1996. Procurement is still misunderstood by many including Policy makers and senior civil servants in the driving seats who do not "see" its transforming effect. By underestimating the need for training, information, comparision, benshmarking and dialogue linking to potential outputs and results and by focusing mostly on the lEgal and procedural aspects, precious opportunities were missed.

Dear Dr. Philipp,
Excellent article! You hit the nail right on its head. The lessons point exactly to the problem/task at hand. How do we get the diffrent stakeholders to understand that efficient and transparent procurement is a means to an end in fulfilling their aspirations?
Regards,
Iqbal Musaji

My work around the world has been as a public procurement management reformer. The findings cited here are absolutely consistent with mine. When there are obvious problems with public procurement procurement systems, most look to the extent of compliance with procurement law or regulation as the basis. However the stock standard regulatory regimes may be the root cause of the problem or at best be largely irrelevant to the outcomes or results of procurement effort. This is because it is at the points untouched by regulation where the most damage or good can be done. It is in these spaces that fraudulent and corrupt play and where equally the good guys can find very cost effective interventions that deliver great and good results.

Dear Sachin, thanks for the comments.
please note that if we follow the right rules and procedures with a good planning from the start we may never face any deterrents whilst we do the procurement steps,in fact, if we do not follow the rules and procedures we do not do the job in transparent way open the way for fraud and corruption. whereas fraud and corruption destroys the economy and cultural foundation of human society, the economy stagnated and society to be miserable. therefore, once again beside all other developing factors i recommend procurement as a main factor for economic growth.

Dear Philipp,
Many thanks for this excellent article and breaking open the discourse that indeed procurement reform isn’t about procurement only. Let me share some experience of my own. During my World Bank tenure I was responsible for reform in Madagascar and at an early stage we agreed with government that another CPAR based on MAPS would not make a big splash. We steered the reform away from transactions and we drove it rigorously towards performance and results. We also introduced collective ownership of procurement reform, i.e. our client would not be government only, but a new partnership of public and private sector, civil society and training institutions. Government remained in the driver’s seat but soon the other partners claimed responsibility and accountability for reform activities supporting the larger agenda. In other words we had a new client and new ownership.
In Mozambique we did it the other way around. Making too slow progress with Government, we engaged with private sector operators and training institutions to develop a public procurement capacity building strategy. When the local partners proposed the strategy to government, it was fully embraced and accepted. Here again the collective idea worked very well.
Best regards,
Dirk Bronselaer

Hi Dirk, I would really appreciate some contact with you. I am doing a Masters on procurement governance and your work seems highly relevant. Is there some way we can connect? Regards. Alf

Hi Dirk -
Many thanks for your comment - that experience from Mozambique sounds highly relevant and quite interesting.
Philipp

i am totally agree with the statements have been made above about the importance of the procurement, in addition i would like to write that efficient, transparent and effective procurement is the most important factor for economic growth in a country.

Many thanks Assad - much appreciated. I wouldn't say procurement is the most important factor for growth, but given how much money passes through the system, improvements in procurement performance sure would matter a great deal.

Dear Dr. Philipp,
Excellent article. I would just like to add that too much of transparency is also a deterrent in that the purchaser is more keen on following the rules and doing things right rather than getting the best product. There are costs associated with re-tendering and delays in the availability of materials which the purchase often doesn't bother about as these are faced by the user.
Regards,
Sachin

From the theory your paper reads fine. However, and there is a subtle mention in it, the Statu Quo is a total obstacle for public procurement. It would be interesting to develop ways to dismount and replace it by real and active meritocracies.

When stakeholders such as donors, industry associations, suppliers, civil society, the media, politicians and government officials raise complaints about aspects of public procurement, the usual policy response is the tightening of regulation or enforcing or reinforcing of compliance. This response is the norm because for the most part, it is assumed that value for money, accountability, transparency and integrity in public procurement are all achieved through regulatory compliance.
In reality public procurement occurs in the context of complex interactions between policy imperatives, organisation, financing, supply market operations and stakeholder influences and there are many potential interventions other than regulatory adjustment that may be efficacious in addressing apparent dysfunction. To change public procurement for the better, the dynamics of the circumstances that give rise to stakeholder dissatisfaction or complaint need to be understood in order to frame effective solutions This can only be achieved through gathering and analysing information that provides insights into the root causes of the problem that is manifest. By providing perspectives and tools that enable stakeholders to identify efficacious policy options to support cost effective limited scope interventions, incremental changes or thorough public procurement reform for consideration in the policy process, real progress may be made.

nice comments guys am gaining a lot from you guys. sustainable procurement will create efficiency and effectiveness eco, enviroment and socially

This is an interesting topic. In My country Malawi for example, it is very obvious that there is a high rate of corruption. Last year we were ranked 36 on the corruption index after the Corruption Perception Index survey. Analysing one of the most famous fraudulent case in Malawi referred to as cash gate you will realise that siphoning of money from the government was through the utilization of the procurement systems. Yes the procurement reforms are there and are on-going with a lot of capacity building and development of policy documents. However, one element of procurement that is not being managed properly is how to ensure that the system is transparent enough to expose procurement inefficiencies in good time without affecting the delivery of projects. I also just learnt that our government does not have any means of monitoring how procurement is being managed especially in the district offices. This takes us back to the first point of your three lessons in your article - "Nobody quite knows how procurement systems are doing". Currently, it has been observed that there is a growing trend by donors of hiring procurement consultants for projects that they are funding instead of utilizing government staff, a thing which I find unsustainable. My thinking is what if we consider instituting an arm, whether it is in the government or outside that is solely tasked to monitor procurement processes. Would this not assist in safeguarding funds meant for development?

As you have rightly observed, public procurement is the second sources of government expenditure after workers' salaries. So much is spent oin procurement in government ministries, department and agencies but not for the common goods of the people. Just a very few spend this taxpayers money for personal use. Contracts are awarded to families and friends. The same person is the contracting agent and the contractor. All these hamper economic growth as only a few benefit. To ensure economic development, public procurement system must be strengthened. It must be transparent, fair to all and devoid of corrupt practices.

Yes most influential stakeholders, the President, the Minister of Finance and the CEO of the Procurement Authority, must first be won over on why reforms are important. In Zambia we started well but as new Government took over there were implementation delays. After many years Zambia accelerated to the level where it is today. I agree with contents of this article.

If public procurement must achieve the desired impact in every country, the primary objectives of practices must be emphasized. As a front-end decision on projects, products and services for the procuring entities, the concerns on encouraging competition, and optimizing transaction cost have to be preserved at all stages of the process. Especially in contractor selection, the design of support systems for enhanced selection, need to be adequately supported by a proactive articulation of the acceptance behavior of the target users of such technologies (at the individual level) as well as the group and organizational level aspects.
The delivery of projects and services in the public sector is reliant on the proper planning of the procurement activity, in which case, the articulation of procurement personnel' intension is a an important prerequisite.