Teachers are important. And many teachers in low- and middle-income countries would benefit from support to improve their pedagogical skills. But how to do it? Again and again, evidence suggests that short teacher trainings – usually held in a central location – don’t do much of anything to improve teacher practice. Likewise, much teacher training is overly theoretical and doesn’t translate into practical pedagogical improvements.

Providing teachers with one-on-one coaching is a popular alternative. A coach comes to the classroom, observes the teacher, and provides practical feedback. It makes sense. As Kotze and others put it (in turn paraphrasing earlier authors), “Teachers only learn to do the work by doing the work, and not by being told to do the work, or being told how to do the work, or being told that they will be rewarded or punished for outcomes associated with the work.” A recent review of U.S. evidence shows big impacts of coaching on both teacher practices and on student learning. But those big effects are concentrated in small-scale programs: Effects tend to be much smaller when implemented at scale. Outside a high-income environment, a teacher coaching pilot in South Africa compared coaching to a more traditional training at a central location. Students whose teachers received coaching learned twice as much as students who teachers received training.

But implementing coaching at scale presents a number of challenges. First, it’s costly. Second, where do you find the coaches? Technology has the potential to help. In a follow-up experiment, researchers in South Africa compared on-site coaching to “virtual coaching” to compare effectiveness. Initial results have just come out in Kotze, Fleish, and Taylor’s “Alternative forms of early grade instructional coaching: Emerging evidence from field experiments in South Africa.”


The experiment: 180 schools in relatively low-income areas were randomly assigned, 50 to on-site coaching, 50 to virtual coaching, and 80 to a comparison group. Teachers from all 100 treatment schools received detailed daily lesson plans, materials relevant to those lesson plans, and a couple of days of centralized training at the beginning of the school year. The content focus was English as a second language for children in the first three grades of primary school.

Teachers assigned to on-site coaching received at least 3 visits per term from a coach. A given coach would cover 32 teachers.

The following activities took place during the coaching visits for each teacher: lesson demonstrations, lesson observations, assessment support, and discussions regarding practice. During classroom observations, coaches provided feedback on the lesson and also demonstrated the pedagogy outlined in the lesson plans in the teacher’s own class.

Teachers assigned to virtual coaching had just one coach. That person provided coaching...

via instant messaging, one-on-one text messaging, and telephone calls. This coach followed up on training focus areas with individual teachers every fortnight, to improve their instructional practice in teaching English, and to ensure that they were covering the curriculum. She also provided motivational support to teachers via a group message once a week. Lastly, the ‘virtual’ coach sent short videos as additional resources for the teaching areas that teachers found particularly difficult.

Teachers in the virtual coaching group also received their lesson plans on a tablet, integrated with various audio and visual resources. At the beginning of the year, they received one additional day of in-person training to familiarize them with the tablet.

The results: Students have better English listening comprehension in the two coaching interventions, with no clear difference between the two interventions. 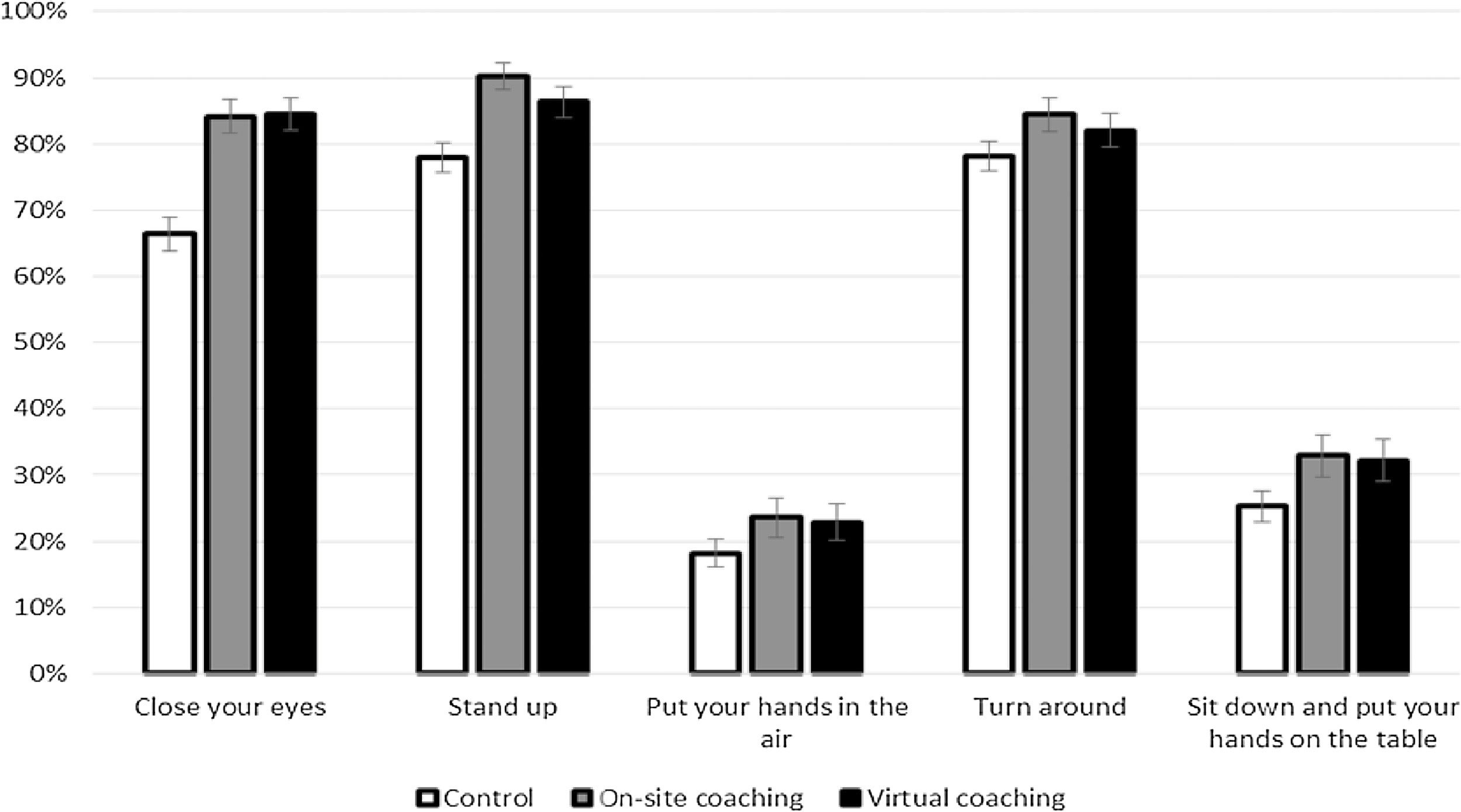 Students in the coaching groups also do better on English vocabulary.

Classroom observations show that teachers in both coaching groups are more likely to keep on track with the structured lesson plans, and they are more likely to use English when they are teaching English. An interesting spillover is that teachers in both coaching groups are also more likely to meet with “head of department” in their school on a regular basis. The existence of a coach (whether near or far) may prompt in-school mentors – who themselves tend to have a full teaching load – to provide more regular follow-up.

Take aways: The technology message of the World Bank’s World Development Report 2018 is that technology works best when it complements rather than substitutes for teachers. Virtual coaching is an example of using technology to complement teachers.

I enjoy the coaching and impact in education. Would like to access your support as we rally towards creating garnered evidence based conversations for learning and education communities