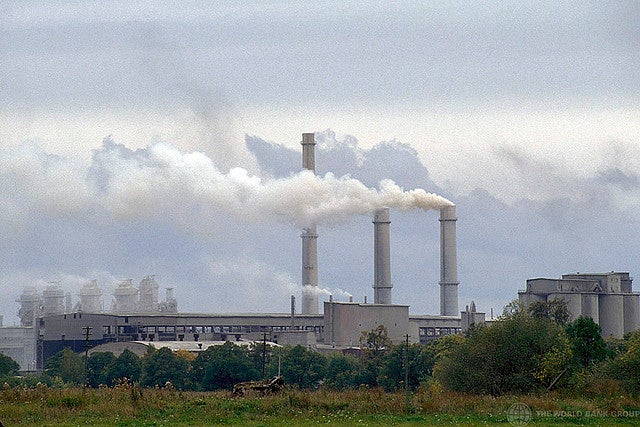 It is important to note that industrial activity typically grows with income in poorer countries, peaks, and then falls with income and wages in richer (deindustrializing) countries.  There are two reasons we think that manufacturing employment-led development is becoming more challenging.

Countries still industrialize and then deindustrialize as they become richer.  However, industrial employment shares for today’s late industrializers such as China, India and Bangladesh are all below 16%, and on today’s trends seem unlikely to rise much further. Moreover, the per capita income levels at which deindustrialization kicks in have fallen from $34,000 in 1970 to around $9,000 in 2010.

These results urge a balanced approach to industrialization. They confirm that industrialization matters – when it brings jobs; but they also confirm that this is less and less likely to happen. Governments must not neglect manufacturing. Nor can they rely as heavily on it as they once did. Jesus Felipe is Advisor in the Economics and Research Department of the Asian Development Bank (ADB), Manila, Philippines.

While the authors' usage of the OECD manufacturing data is helpful, this analysis is far from complete and raises more doubts than concrete new policy steps.
To what extent are manufacturing jobs/output causing "prosperity" (i.e., rising incomes), as opposed to running in tandem with one another? An analysis using "probabilities of being rich" equates to an analysis of statistical correlations between variables (comparing manufacturing output/job share and per capita GDP), which is insufficient to give certain policy advice without substantial caution. Although theory is useful when data is inconclusive, the authors need to elaborate further on the data's limitations for non-PhD audiences. Otherwise, the paper creates the risk that policymakers will:
a.) assume that prioritizing manufacturing jobs, ceteris paribus, is indeed a path to "prosperity", albeit a "harder" path than previously;
b.) assume that the number of jobs created is more beneficial for "prosperity" than rising productivity (greater output). However, since productivity is what ultimately makes countries competitive, this leads to confusion: if rising productivity is necessary for countries to compete, and if rising productivity often means less emphasis on maximizing employment, is it wise for countries to focus on increasing employment share in manufacturing?
I recommend that the authors consider adding an addendum to the paper that includes a more elaborate set of policy ideas, or in the very least a discussion about resolving the "catch-22" scenario of point (b) above.

Great paper guys.
I have discussed, more briefly, some of the other causes of deindustrialization in this blog - http://www.developmentprogress.org/blog/2015/03/04/where-will-all-jobs-…
It also outlines what are possible policy-responses should be to industry's growing inability to create jobs.
I hope it adds to the debate.