Daily commute in Haiti: How do people get to work? 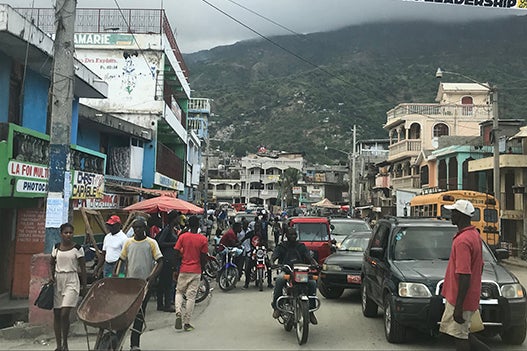 At 5am, when the sun has still not gone up, the streets of Port-au-Prince are already busy. But they are not busy with cars, since income levels in Haiti are still too low – Haiti ranks 200 among 216 countries on 2015 Gross National Income rankings published by the World Bank – and the colorful tap-taps remain unaffordable to most of the population. At this time of the day, streets are filled with people walking to work or school, starting their long journeys early so they can arrive on time. In fact, only 26% of Haitians use any motorized vehicle on a regular basis. The remaining 74% either walk everywhere or do not travel at all.

This means that they are forced to walk long distances to reach jobs, often slaloming between vendors and vehicles parked on the curb. And yet the economic opportunities they can reach after walking one hour remain quite limited, especially in comparison to the pool of jobs an urban area of 3.5 million people such as Port-au-Prince can offer. On average, an urban resident in Port-au-Prince that commutes by foot can only reach 12% of the jobs within 60 minutes and this share goes down as one moves away from the city center and toward the outskirts.

The work done under the Urbanization Review estimated that only 42% and 40% in Port-au-Prince and Cap-Haïtien respectively travel beyond a 1km radius from their homes for work purposes. Both cities fail in matching people with opportunities that correspond to their skills and aspirations.

Traveling by tap-tap increases the opportunities people can reach. With a one-hour trip in Port-au-Prince, they can, on average, access 27% of jobs. But only a few can afford to take tap-taps on a regular basis. Today, the cost of using them twice a day, five times a week, absorbs anything between 25% and 73% of the budget of those that fall in the lowest quintile of the per capita expenditure distribution. 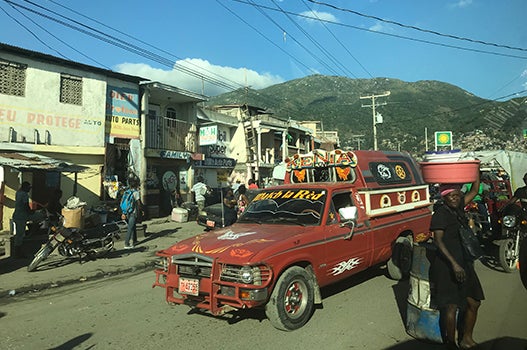 So how can decision makers increase access to opportunities to their population and what are the priorities for intervention? It appears that better managing public space and the occupation of roads can go a long way both in improving the experience and security of those walking but also in reducing congestion. If pedestrians, vendors, and tap-taps no longer have to compete for the same space, this could double the infrastructure available for moving vehicles and reduce congestion.

And as congestion goes down, the number of round trips that tap-taps could complete would increase, reducing the costs of operation and potentially the fares charged to the users. Looking ahead as Haiti urbanizes and its cities grow larger, it will also be key to better coordinate transport with land use. This can improve access and foster a more resilient urban development, one that encourages growth away from the most risk-prone areas and ensures new developments are still connected to the zones that concentrate opportunities. Great article, @Nancy! Would love to talk more about this topic. - what is the best way to reach out? Thanks! Rebecca

Most people use the tap taps. Several people use motorcycles. Some will walk and this is one reason they are healthy. One thing I can say. If you have a Haitian for a friend, he is a true friend.