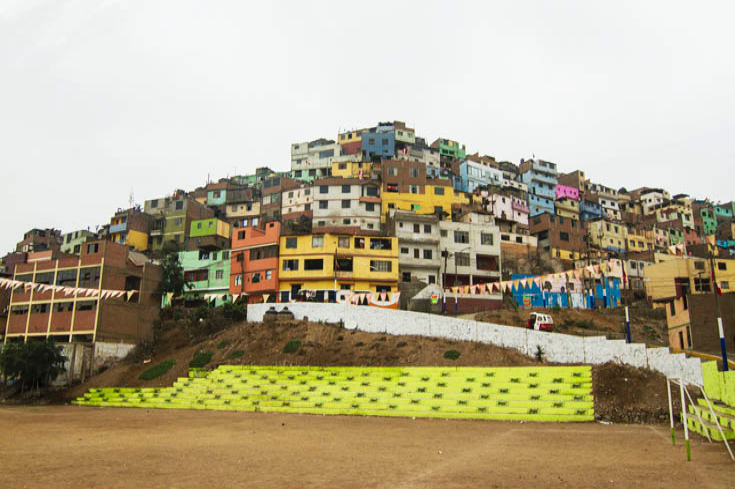 If you didn’t have an opportunity to purchase a safe, well-constructed home in a good location, what would you do? Live with relatives? Rent an apartment? Or, build a home in a less desirable, or potentially vulnerable area prone to natural disasters where you may not have clear property ownership but with the hope that one day you will become the owner officially? These are the decisions many families face in Peru, a middle income country with the third highest housing deficit in Latin America.

According to the World Bank, the Peruvian government invested US$ 3.3 billion in housing programs between 1999 and 2014. However, 1.3 million new homes are still needed to close the housing gap in the country; this estimate does not factor in the housing needs that have been generated by the impact of the 2017 El Nino Costero disaster. This huge demand not only represents a public policy challenge for national and local governments; it also creates an opportunity to leverage the construction sector and financial institutions to build additional housing and stimulate market growth.

Why is there such an acute affordable housing shortage in Peru? How is Peru different than other countries in this regard? Some of the factors influencing the housing shortage include: Affordability is a key issue. According to World Bank estimates, just 45% of Peruvian families can cover the cost of the least expensive new home in the formal market.
The 150,000 public housing units planned by the government over the next five years will help reduce the public housing gap. Mechanisms such as Techo Propio and the Fondo Mi Vivienda housing subsidy programs have been important for Peru and are part of the solution. Much remains to be done, however.

One key aspect to consider is the need to integrate housing programs with urban development policies, investments and programs, especially city planning. It is also crucial to propose incentives for local governments to increase construction of public housing. For example, in countries such as the United States and Colombia, relatively large housing projects include mixed-use development (housing mixed with space for business and other uses) and a set percentage of affordable housing.

Having plots of land that provide adequate basic services such as water and sanitation is equally crucial to the success of affordable housing programs. For example, in Lima, the lack of these services create a major bottleneck for housing development in several parts of the city. A recent World Bank study found that within a radius of six kilometers in Chiclayo, Peru, a plot with public utility service connections can cost up to seven times more than one without these services. Given that construction firms are required to provide these services as part of the housing construction process, only expensive housing is sufficiently profitable to cover this additional cost. To tackle this issue, in Brazil, for example, the government provided plots with public utility service connections for the construction of public housing.

The World Bank has extensive experience on housing and urban development programs worldwide and is working with the Peruvian government to share its technical knowledge and experience. While there is much more work to do, lessons learned and efforts by other countries, such as Indonesia and Colombia, show that it is possible to close the housing deficit over time, so that all families can have access to safe, affordable housing options.