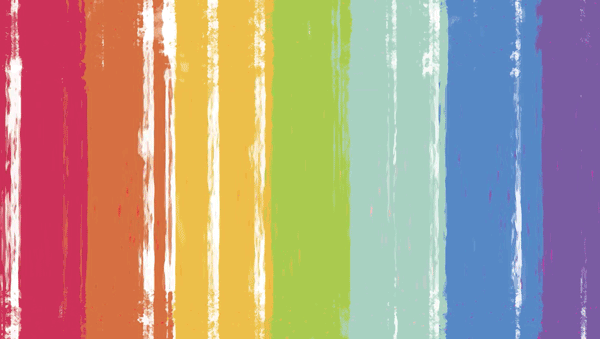 In recent years, significant progress has been made in terms of equality, but there is still a long way to go. At present, more than 70 countries in the world criminalize homosexuality and condemn with imprisonment sexual acts between people of the same sex.

Even more worrying is the fact that eight of these countries use the death penalty to condemn homosexuality, as indicated by the State-Sponsored Homophobia report of the International Lesbian, Gay, Bisexual, Trans and Intersex Association (ILGA).

In Latin America, the situation of the LGBTI population is also far from ideal. Between January 2013 and March 2014, about 600 LGBTI people were murdered due to their sexual orientation or gender identity.

In Peru conditions are no different. Last year alone, several local groups denounced 13 murders because of sexuality related issues (April 2014 - March 2015). These, amongst others, are the most shocking figures mentioned in the report Violence against LGBTI Persons, written by the Inter-American Commission on Human Rights (IACHR, 2015).

However, the stigmas suffered by this population in the country are not limited to isolated cases of physical violence, but are rather experienced on a daily basis. The First Virtual Survey for LGBTI Persons, conducted by the National Institute of Statistics and Informatics (INEI) in 2017, revealed that 56.5% of Peruvians who answered are afraid of expressing their sexual orientation and/or gender identity, mainly hoping to avoid being discriminated against or assaulted, losing their job or not being accepted by their family and/or friends.

It is a social and political problem that forces the Peruvian LGBTI population to continuously fight for the exercise of their rights and to demand a real and active State presence.

On the occasion of the International Day against Homophobia, Lesbophobia, Transphobia and Biphobia (IDAHOT), on May 17, the World Bank office in Lima joined the celebration with an informative event that focused on portraying the current situation of the LGBTI population in the country. A diverse and experienced panel was invited, composed of Miluska Luzquiños, director of the Trans Peru Network, Marivel Saldaña, president of the Feminist Lesbian Articulation of Lima, and Alejandro Merino, member of the Association of Families for Sexual Diversity in Peru.

Our guests enlightened us with their analysis and reflections as activists of LGBTI organizations in the country, and with their experiences in the fight for equal rights. The observations shared revolved around three general themes:

• Family and home: Contrary to common belief, instead of being a place for support concerning discrimination, it turns out, that in most cases, home can be a space that obscures, excludes, instills shame, guilt, and fear on a systematic and daily basis. Family members take part in direct threats against LGBTI persons, which in many circumstances involves forced participation in sexual conversion therapies or even corrective violations in the case of lesbians. In addition to this, there is coercion, privacy violation, constant threats, emotional manipulation and denial of access to rights such as education, housing or food. Therefore, many LGBTI citizens are forced to leave home, their studies, and are ultimately relegated to marginality and rejection.

• Visibility and social recognition: Within the LGBTI population, we can observe different levels of tolerance. For instance, in contrast to the relative acceptance of homosexual men, lesbians often have to face invisibility, being this one of the main representations of violence against them. On the other hand, it is common to find rejection towards the different experiences that occur in the exercise of sexuality. Human relationships are complex and diverse in all areas, including sexuality, therefore; behavior based on heteronormativity is not universal or the only legitimate norm. The right to enjoy our sexuality, in a healthy and mutually consented fashion, without impositions of any kind, should prevail.

• The role of the Government: The State in its role as guarantor and advocate of human rights, should provide mechanisms/policies to assist the LGBTI population. Healthcare provision must not fall prey to discriminations, stigma or rejection and should be held to the same high-quality standard for all. On top of this, is the lack of information and official diagnoses that help shed some light on the problem of violence against the LGTBI population, incidence levels which, as previously mentioned, are high within the country. The virtual survey of 2017 is only a first milestone. It is necessary to extend this information and design specific policies that respond to the needs of LGTBI people. In the specific case of transgender women, although not very noticeable at first, there is evidence of this problem, and its effects are particularly severe: they are forced to flee from their place of residence, generally from rural and Amazonian areas to urban ones. To make matters worse, in many cases, they do not possess the proper documentation due to poor living conditions and administrative obstacles, which pushes them even further towards the edge of society as a whole. With time, these poor living conditions become systemic due to the lack of support, and for many, this leads to prostitution and/or involvement in criminal activity. Access to proper documentation is quintessential, for it enables and facilitates healthcare provision, subsidies and other targeted social services provided by the State and/or private sector. Moreover, and of great importance for the transgender population, gender identity should be respected throughout any type of official documentation. Far from being a simple administrative and personal process, in order to modify one’s identity, it is necessary to carry out a procedure in the court of peace, where the judge solely determines the person’s gender identity.  It may seem subtle, but such processes represent a form of violence against this population.

What solutions can be provided to solve these problems?

In response to the fundamental demands of the LGTBI population in Peru. The inclusion of the gender and a non-discriminatory stance towards sexual orientation, gender identity and/or gender expression is essential, as well as the implementation of equitable access to services, and the acceptance of human diversity endorsed by the State.

This approach is fundamental to the definition of public policies. In this area, the proposed Gender Identity Law, discussed in the Women and Family Commissions, and the Constitution and Regulations of the Peruvian Congress, would be a significant step forward, even without having reached the debate phase in the plenary. The laws of equal marriage or protection against "LGTBIphobia" are two other examples of the changes that still need to be done.

As shown by the World Bank study titled Economic inclusion of LGBTI groups in Thailand, it is evident that the exclusion of the LGTBI population entails personal costs (psychological and emotional), which are indeed transferred to the country's economy. Therefore, this is an issue with far reaching repercussions, not just in the sphere of social justice, but also in terms of economic development.

In short, Peru has the opportunity to become a world reference in the fight for equality and a guarantor of LGTBI rights, through the design and implementation of specific measures and public policies streamlining greater integration for all. Great and very informative article, Sofia, Ignacio and Guillermo! And a timely one for Peru and Latin America, coming in the lead up to today's momentous decision in another part of the world - the Indian Supreme Court's decision to get rid of that country's colonial-era sodomy law. The World Bank has taken the firm position that LGBTI inclusion is both the right thing to do AND the smart thing to do for economies. Good luck with your important work in Peru!