It’s not easy to reach Morro da Formiga, a favela that perches precariously like a bird’s nest on the side of a cliff in the northern part of Rio de Janeiro. But once you get there, its dramatic view of lush forested hillsides is impressive. It wasn’t always like this though. Sixteen years ago, it was just a barren mountain with recurring mudslides threatening its residents.

Morro da Formiga is one of 144 sites of Rio’s reforestation program. I visited last week, together with a team from the Environmental Secretariat of Rio City Hall and a journalist from Agence France Presse. 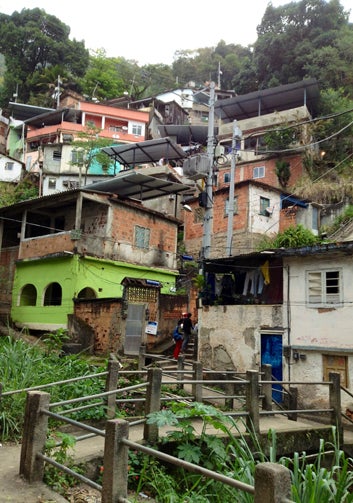 
Since 1986, the Environmental Secretariat of Rio’s City Hall (SMAC) has led a community reforestation program and planted over six million seedlings on 2,200 hectares of land within the city limits. Rio had long suffered from deforestation of its hills as a result of development, causing soil erosion, sediment build-up in waterways, floods, landslides, and pools of water filled with disease-carrying mosquitos.

Today, the degraded areas around Formiga and 57 other communities grouped in the project have been reforested using a rich mix of tree species from the Atlantic rainforest, and they now welcome birds and small animals, provide shade and improve the air, soil and water quality for the community.

Marcelo Hudson de Souza, who heads SMAC’s environmental recovery unit, leads us up the steep hill to the reforestation site and talks about the importance of engaging the community in the reforestation effort, since they are the ones who will maintain it after the planting is done.

"My 19-year-old son and I work together on this and we are happy to   make Formiga a better place".
Carlos Eduardo Gonçalves - Volunteer


Looking at Formiga below us, we chat with volunteers who are collecting debris and preparing for more seedlings to be planted.

“My 19-year-old son and I work together on this and we are happy to make Formiga a better place,” says 39-year-old volunteer Carlos Eduardo Gonçalves, smiling, as he ponders the hills. His supervisor, 66-year-old Dejair dos Santos, also involved one of his four sons in this work, making sure the next generation continues the work. 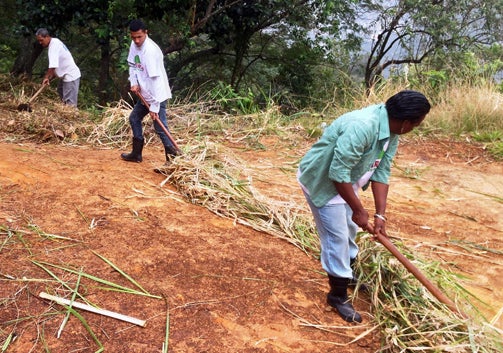 The LCCDP, developed in partnership with the World Bank, is a framework to plan, implement, monitor and account for low carbon investments and climate change mitigation actions across all urban sectors. The urban forestry team has identified an additional 11,000 hectares of degraded land that can be reforested within Rio’s city limits, also eligible for carbon credits. The Rio Capital Verde project will be seeking registration under the Verified Carbon Standard (VCS) as the first Urban Forestry Grouped Project in the world.

It’s clear, when visiting Formiga, that trees in urban settings are important not only for their beauty but also because they provide crucial ecosystem services. Urban forests reduce the “urban heat island effect” (a metropolitan area that is significantly warmer than its surrounding rural areas due to human activities) which in turn leads to lower energy consumption for cooling. Pollution mitigation, improved water quality, reduced water run-off and job creation – the list of co-benefits goes on.

The importance of these services and how to value them was discussed later in the week at the Latin American Carbon Forum. I moderated a workshop on “Low Carbon Development at the City-level: Valuing Services from Urban Forest Ecosystem” where we discussed how carbon sequestered by trees in cities provides an important entry point for drawing attention to a host of sustainable development benefits from urban forestry and the importance of measuring them.

David Nowak, from the USDA Forest Service, presented an assessment of the ecosystem services provided by Rio’s urban trees and pointed out that: “Mayors, city administrations and citizens can use these data to develop better long-term management plans to sustain a healthy urban tree population and ecosystem services for future generations.” 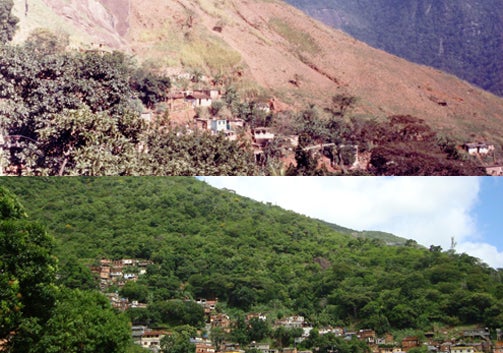 The data comes from an analysis undertaken with the iTree Eco tool developed by Nowak and his team. He explained that the 43,773,000 trees assessed for the Rio de Janeiro i-Tree exercise remove an estimated 6,400 metric tons of air pollution annually, which is associated with US$ 46.2 million in avoided health costs per year. When asked how this dollar value was derived, Nowak explained that the value of air quality improvements is assessed by estimating the avoided hospital bed days and doctor visits for respiratory illnesses each year.

In a debriefing later in the week, Rodrigo Rosa, Special Advisor to the Mayor of Rio de Janeiro, pointed to another important factor for generating reliable urban tree data: “We need these numbers so people in our communities can be proud of the contribution they make to bring Rio on a low carbon growth path. These reforestation projects contribute to the strong and sustainable development of our city.”