Toward a deep transformation of the banking industry in Africa 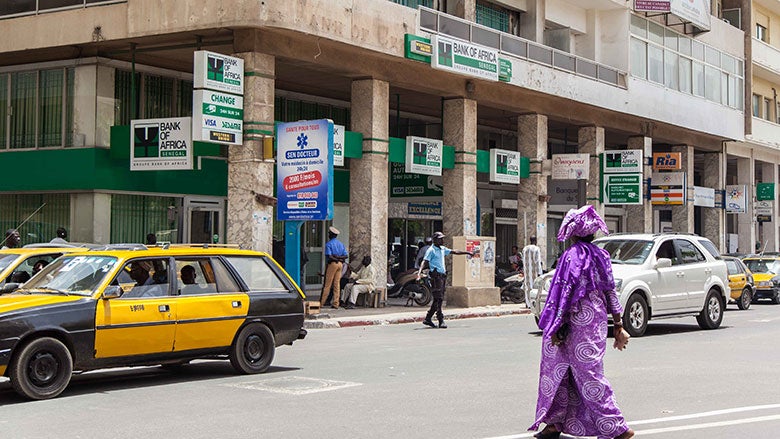 Newly assigned to Dakar, Senegal, I must, of course, take steps to have water, electricity, internet and a bank account.  For the latter, I chose a large bank for its reputation and its wide network of branches and ATMs.  What follows is not fiction but a reality that I thought had disappeared years ago.  Here is the story.

Arriving at the bank office, I am quickly welcomed by an agent who gives me forms to fill.  I sit in a corner of the agency and start filling the documents: last name, first name, address, phone number, passport number, annual salary, etc.  Very quickly, I realize that all the forms, 8 in total, except a few, ask more or less the same basic information.

After the amazement of such an administrative burden, I stop on a document that presents an offer to subscribe to life insurance.  Surprised, I ask the agent for further information. He explains that this insurance, in fact mandatory, will allow the bank to guarantee itself in case of my death, and there is a negative balance in my account. I propose that, instead of this insurance, my account be simply blocked in case of an insufficient balance, so that the bank is never exposed to such huge risk. I'm retorted that   the insurance will allow the bank to charge any fee after my death, even in case of insufficient balance.  Unstoppable.  Astonishment follows a slight annoyance.

I realize then that, besides the life insurance policy that claims an annual premium in the amount of $ 50, none of the documents the agent gave me indicate the fees and commissions to which I might be subject. I therefore ask what would cost me, on an annual basis, ownership of a current account with a checkbook and a visa card.  We reach very quickly the sum of 500 dollars a year, an amount that I consider totally disproportionate to my needs that would be limited, in practice, to a dozen withdrawals and checks per month.  The annoyance then gives way to a form of misunderstanding mingled with spite.  I decide, in the end, not to open a bank account in Dakar and continue to manage with my US bank account.

An extreme case will you say? Perhaps. But that tends to say it all on the relatively low financial inclusion rate in Africa.  Beyond the anecdote, this little story is a good demonstration that a banking model invented and tested for decades in the West hardly finds its place in this part of the world and that new forms of banking must be found.

The good news is that solutions seem to emerge from the banking world, thanks in particular to the concomitance of three factors:

This conjunction is happening in Africa, in some countries like Angola. The rebirth of Banco Postal is a perfect illustration of the fact that the bank can reinvent itself and set out again to conquer the market.  Through its new offer (Xikilamoney), Banco Postal has by far the most comprehensive range of financial services (including digital financial services and traditional banking services). Thanks to its network of about 200 access points (including branches and kiosks), Banco Postal onboarded already 200,000 customers in just 18 months. In Angola, the three ingredients are present: strong competition from telecom operators, more open banking regulations on the issues of branchless banking and the adoption of a new generation CBS.

Other countries could quickly follow suit, such as Senegal (and other WAEMU countries), where agent banking regulation could change soon.

These country-led developments also align with the World Bank Group’s approach to financial inclusion, particularly its Universal Financial Access (UFA) initiative which goal is that by 2020, adults globally will be able to have access to a transaction account to store money, send and receive payments as the basic building block to manage their financial lives.