The 2016 edition of World Development Indicators is out: three features you won’t want to miss 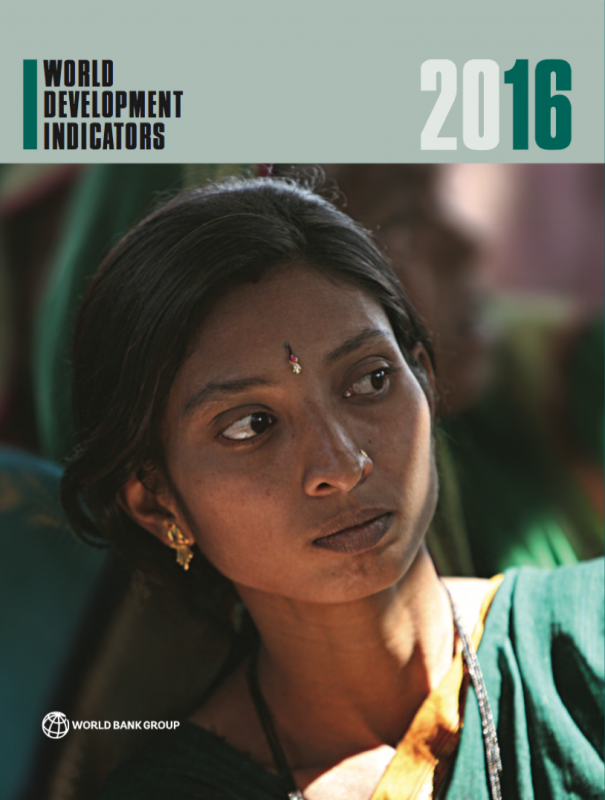 We’re excited to announce the release of the 2016 edition of World Development Indicators (WDI).

With over 1 million downloads last year, WDI is the most widely used dataset in our Open Data Catalog and it provides high-quality cross-country comparable statistics about development and people’s lives around the globe. You can:

WDI now includes 1,400 indicators for over 200 economies.  While we update the WDI database quarterly and make historical versions available, this annual release of a new edition is an opportunity to review the trends we’re seeing in global development and discuss updates we’ve made to our data and methods.

For each of the 17 SDGs the World View section of the publication includes recent trends and baselines against key targets. Data experts in the World Bank’s Data Group and subject specialists in the Bank’s Global Practices and Cross Cutting Solution Areas teamed up to identify new and existing indicators and assess key trends for each goal and for three cross-cutting areas: statistical capacity; fragility, conflict and violence; and financial inclusion.

A series of blogs will look further at data and the SDGs, and review some of the measurement challenges. To give you an idea of how interesting some of the trends are, here are four charts we found striking:

We’re no longer distinguishing between “developing” and “developed” countries

Last November, Tariq Khokhar and Umar Serajuddin  asked the question: “Should we continue to use the term ‘developing world?” The conclusion was that it’s becoming less relevant, and with the focus of the SDGs on goals for the whole world, we should start phasing out the term “developing world” in our data publications and databases.

Therefore, In WDI 2016, there is no longer a distinction between developing countries (defined in previous editions as low- and middle-income countries) and developed countries (previously high-income countries). Regional groupings (such as “East Asia”) are now based on geographical coverage rather than a sub-set of countries that were previously referred to as developing. In some occasional cases, where data availability or context have dictated it, we’ve excluded high income from some charts or tables, and we’ve indicated that in the footnotes.

Two implications of this change are that a new aggregate for North America has been included in tables, and aggregates for Europe and Central Asia include countries of the European Union. Since we know there is still demand for this from some users, global aggregates that exclude high income economies are still available in the database.

We’ve included the new $1.90/day extreme poverty line and data based on 2011 PPPs

WDI 2016 now includes the estimates of global and national extreme poverty rates at the international poverty line of $1.90 a day per person, in 2011 purchasing power parity (PPP) terms, as reported by PovcalNet and first published in the 2015 Global Monitoring Report.   These show that 13 percent of the global population lived in extreme poverty in 2012, down from 37 percent in 1990. WDI also includes the estimates of indicators of shared prosperity for 94 countries published in the Bank’s Shared Prosperity database, including the growth rates of the average income of the bottom 40 percent.

In addition to poverty measurement, the updated 2011 benchmark PPP data have been used to estimate  PPP conversion factors for 2014, and 2014 estimates of GDP in PPP terms. These estimates show that the world’s five largest economies are China, United States, India, Japan and Germany. 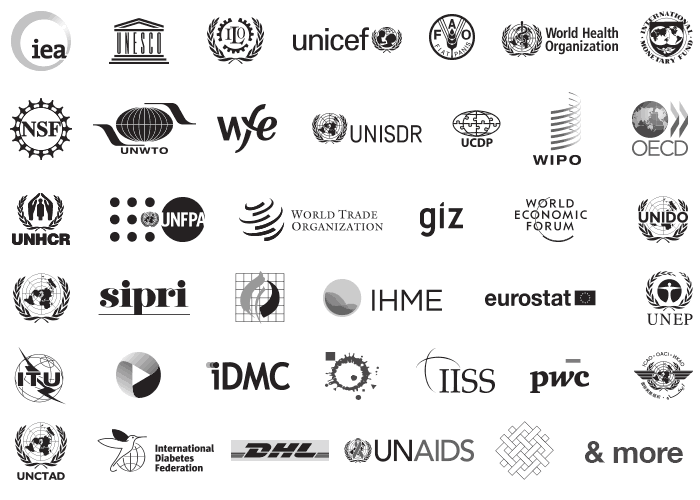 A selection of WDI partners, see the publication for a complete list of acknowledgements.

Producing WDI is only possible with the help of over 50 international organizations, more than 200 national statistical offices and the experts in the country offices, Global Practices and Cross Cutting Solution Areas of the World Bank.

But we have a global challenge: Only a few of the 169 targets in the SDGs can currently be tracked and measured completely . Both governments and development partners will need to continue investing in national statistical systems and other public institutions, where much of the data will continue to originate. At the same time, the statistical community needs to strengthen partnerships with the private sector and other emerging actors for advancing new techniques for data collection, analysis, and use.

We look forward to sharing more of our work in this area, including through the Global Partnership for Sustainable Development Data -  if you’re interested in collaborating, please get in touch.

All the data in World Development Indicators is available completely free of charge, as part of the World Bank’s Open Data Initiative. A complete list of tools to access, explore, and interact with WDI 2016 are available at  http://data.worldbank.org/wdi and include:

You can follow all the blogs related to the WDI here on The Data Blog and keep up to date with our latest news via @worldbankdata on Twitter. This information will greatly help across cultural and political economy among divergent practices that seek life and nations Development around the world!

Awesome , it is a treasure to correspond, correlate, cross check various, numerous kind of variables in all parts of the globe , International Bank for Reconstruction and Development may go further to open up a sign up for an email to keep in touch with these enormous archives of across the board details to all interested audience.

thank you for inputs
political class need to be educated on these matters. also terror affected countries to be explained economic comparisons in simple way for awareness. key information need to be put on primary , secondary and higher education.
best regards

Its very good & enthusiastic report world development indicators, which will be help to policy makers, researchers,economist& governmental bodies. thanks to world bank.

Very energetic blog, I enjoyed that bit. Will there be a
part 2?

I am a psychiatrist from Turkey, interested in global mental health issues especially from educational perspective. I am working on the relations between world developmental indicators and mental health priorities in the countries... I would be pleased to receive more information on this topic - if possible.

I really happy about these important World Development Indicators as well as the 56-year Statistical Data. Because I am Nigerian working in Kano State Bureau of Statistics as Statistician. We really need capacity building as our Bureau of Statistics just started operating in the year 2012. I hope our request would be duly considered. Thanks