Public, Private, and International Organizations Call for a Data Revolution

What will it take to make open data the default for all public data? How can developing countries leverage new data sources from the private sector? What can public and private organizations do to improve the quality of data collection, especially in developing countries? These were among the questions discussed during the World Bank’s recent official Spring Meetings data revolution event, “Talking about a Data Revolution,” as well as at an afternoon session with guests from the private sector. Some observers pointed out that the challenge is not always whether data is open, but whether data exists at all. If the data is accessible, and can be freely used, reused, and redistributed by anyone, then it's truly open.

Bank data experts and open data specialists from the public and private sectors called for more experimentation and stronger partnerships. “Why are we development organizations only talking amongst ourselves, when the private sector is already using data to innovate?” asked Haishan Fu, Director, World Bank Group’s Development Economics Data Group (DECDG).

The role of data in development 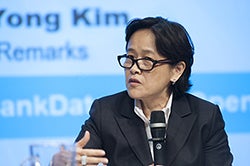 Haishan Fu, DECDG's Director, stresses the importance of collaborating with the private sector about data use.

A complete revolution is needed for how we produce and use data and is essential for better decision-making. “Open data is the key. We need machine readable data that is available for everyone to use,” said Nick Dyer, Director General, Policy and Global Programs for UK-based Department for International Development (DFID). “DFID has created an open data platform. Once you open up data, there are two positive impacts: it forces data producers to improve data accuracy and quality, and it highlights which types of data people are most interested in.”

Some questions were raised about what should be the appropriate role for international institutions and national governments in building a more comprehensive web of accessible demographic, economic, and health data. Malawi’s Finance Minister, Maxwell Mkwezalamba, provided a glimpse of that during his remarks, in which he discussed his Government’s efforts to improve and open up data on development projects through the country’s aid information management system and through the launch of a global open aid platform, which indicates where projects are geographically located within countries. The platform currently showcases country-owned aid data from Bolivia, Haiti, Honduras, Nepal, and Malawi.

Making data ubiquitous and useful
So what are the key things that need to happen to make data available to everyone? The consensus was on improving the reliability, timeliness, and quality of data, along with its accessibility and accountability. Recognizing budget limitations, the priority needs to be on producing fewer but better data. Investing in quality data and statistical capacity cannot be an afterthought. They need to be front and center. 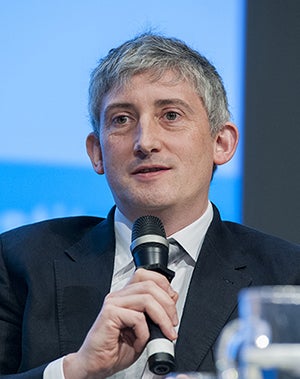 “Better data is not an add-on for development. This is a time of great promise and data needs to be a fundamental goal in the World Bank’s campaign to end poverty,” said Haishan Fu.” World Bank Group President Jim Yong Kim also signaled a strong commitment to the data revolution agenda during his closing remarks: “Current development data isn’t good enough. We need to fundamentally rethink how we use data for social good.”

It will also be critical to work together to build demand for open data from the bottom-up, by supporting the capacity of citizens, civil society and media groups to access, interact with, and effectively use open data to more actively participate in decision-making that affects their lives.

A transformative shift in data and statistical capacity requires significant improvements in the production, quality and use of data. “This will require investments in institutions, capacity building of statistical authorities, a change in the culture of data use to move toward more evidence-based decision making in policy and decision-making, and better use of technology,” said Mahmoud Mohieldin, President's Special Envoy, World Bank Group, in the introduction to the event. “It may also require both an evolution and revolution to fix the data system.”

Strengthening the role of partnerships
Another question that served as the backdrop to the day’s events was, “How can the post-2015 Development Agenda transform data activities for improving accountability and providing new services?” That question was addressed in several ways, through the potential for more public-private partnerships to shape the agenda and by a World Bank Group proposal to develop a Data for Goals initiative to fill key data gaps for poverty and shared prosperity targets. The idea of creating partnerships to address open data was on the minds of many. “Building a supply chain for open data and working with businesses that are dependent on the data supply helps to keep the political pressure on governments to keep the data supply flowing,” noted Gavin Starks, Chief Executive Officer, Open Data Institute. 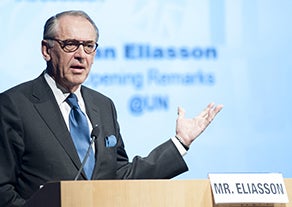 During an afternoon session organized for a few dozen private sector practitioners, there was both a sense of urgency and a great deal of enthusiasm to partner in data for development issues with the Bank. It was clear that the Bank should bring clear questions and needs to the data conversation. Those from the private sector indicated they can do very powerful things through data mash-ups but need a clear sense of direction from the Bank. The open by default is a good place to start.

There were several examples cited about the opportunities to combine public data with private sector data to address key development challenges, including the use of data to alleviate hunger and tracking food that goes unsold and understanding, through data, how much of that food ends up in landfills rather than helping to alleviate poverty. The potential for mining data through smartphones and taking advantage of mobile phones’ reach to rural areas was also discussed, and was identified as one of the catalysts for public-private partnerships on data for development.

The private sector also indicated that they could be more easily engaged with a narrower focus rather than a broader one. The UN Global Pulse team mentioned its “Data Philanthropy” concept, which seeks to develop workable solutions that offer a safe way of sharing private sector data for the public good. The Bank was strongly encouraged in this discussion to be very precise about asking the right questions. Rather than just talking about what can be done in the abstract, the focus needs to be on clear issues so that the private sector knows what the Bank wants and what specific issues need to be solved.

So what should the Bank use the dialogues for? How should the Bank measure its return on investment for data projects? What would be the most valuable collaborations with the private sector? Evolving answers to these questions - and the dynamic discussions around them – underscore the fact that the effect of the Data Revolution is being felt already. What is required is a systematic approach to harness the potential of the revolution.

World Bank Group Finances is the online access point for IBRD, IDA, and IFC open financial data. The website features datasets that cover loans, contracts, trust funds, investments, and financial statements. A relatedmobile app, which allows you to “talk” to us more easily about operational and financial data in nine languages, is available for download for Android and iOS smartphone and tablet users at the Google Storeand the iTunes Store, respectively. Follow us on Twitter to join and remain engaged in the conversation about the Bank’s open financial data.