Creating markets in Timor-Leste through a landmark port PPP 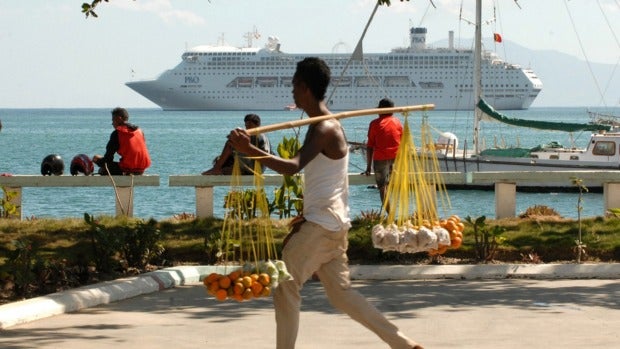 As recently as 2006, Timor-Leste was in crisis. Only a few years into independence, the country was torn by riots and political turmoil. Not surprisingly, its business climate was one of the region’s worst.

But Timor-Leste’s fortunes have changed dramatically. Income from oil, coupled with greater stability and a long-term economic plan, led the World Bank to describe the country’s social and economic development as remarkable . Nonetheless, Timor-Leste remains a fragile state, and with oil accounting for 80 percent of GDP, it is the world’s second most oil-dependent nation.

The Timorese government knew it needed better economic infrastructure to create jobs, attract investment, and open its economy, and the International Finance Corporation (IFC) has helped through the landmark investment in the Tibar Bay Port. The transaction is the first public-private partnership (PPP) in the country’s history—with private financing estimated to be at least five times more than any previous investment outside the oil and gas sector.

As the government’s transaction adviser, IFC has helped structure and bid out the transaction, providing support through to financial close, which recently occurred on August 30th .  With construction underway, the project exemplifies the Maximizing Finance for Development (MFD) approach, drawing on public funds to leverage large-scale private financing.

IFC also helped the government introduce global environmental and social standards for infrastructure and attract world-class investors to the country for the first time. French transport giant Bolloré won the 30-year concession through an open and transparent tender. Bolloré will invest $150 million in the first stage of construction, with the government contributing $129 million.

Timor-Leste’s Prime Minister, Taur Matan Ruak, said, "With the implementation of the port project, through a PPP, which represents the largest private investment to date in public infrastructure in the country, the government gives a signal to other investors that Timor-Leste is an attractive place to do business.” The Prime Minister added that he was confident "the project will progress with environmental impacts duly protected" thanks to "the implementation of the major mitigation measures chosen for this project in accordance with best environmental practices and the performance standards of the IFC.”

The port will eliminate a major economic bottleneck caused by congestion at Dili Port that added millions in costs to shippers for delays—affecting trade, reducing exports, and making goods more expensive. It will also open the country to a myriad of economic opportunities in southeast Asia.

Given Timor-Leste’s reputation at the time for instability, attracting strong international investors to the project was indeed challenging. The government had no experience with PPPs and the country lacked a track record for large foreign investments. The perception of high risk was understandable. So how did the government and its partners pull the project off? From my perspective on the ground, I credit five key success factors: The Tibar Bay Port PPP promises to be a game changer for Timor-Leste . The port is the foundation for government efforts to establish new logistics and industrial zones nearby to diversify Timor-Leste’s economy, create new economic opportunities for its citizens, and open the door for future private investment in infrastructure. The project sends a powerful message to investors to take notice of this emerging market and builds confidence among the Timorese people.

Learn more about the environment for PPPs in Timor-Leste from the World Bank Group’s PPP Knowledge Lab.

When (and when not) to use PPPs If one of the primary goals of this investment is to diversify the economy of Timor-Leste and reduce its oil dependency, what industries is Timor-Leste expected to enter into as its economic capacity develops? Furthermore, will the development of new industries be determined by further foreign investment, or are there industries that Timor-Leste is already interested in pursuing?