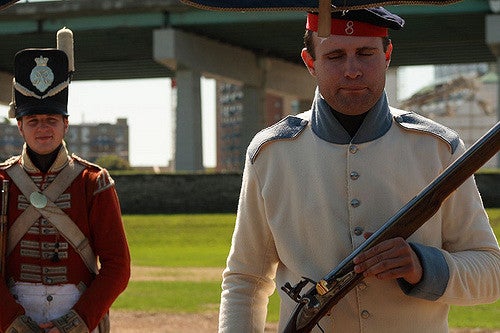 In the 18th century, muskets were produced by skilled craftsmen, one piece at a time. Each component was individually forged, filed, and worked—like a piece of art—until they could all be put together into a single weapon.

Today, the limitations of this approach are apparent. The cost and time required to produce each musket were high, and replacement parts had to be made by hand. This method was replaced by production with interchangeable parts in the early 19th century, a process advanced by Eli Whitney, an inventor who produced arms for the U.S. government.

Whitney did more than standardize parts, however. He also analyzed the production process and broke it down into smaller steps. This greatly simplified manufacturing and made it possible for less-skilled workers to be productive. Henry Ford later brought this concept to a new level with the automation of car manufacturing.

What, you may wonder, does this have to do with public-private partnerships (PPPs) and infrastructure?

I am not suggesting that various countries, sectors, populations, and projects are similar enough to mass produce PPPs. But there is significant scope for countries to use more standard ways of initial decision-making around their infrastructure programs. And the more PPP processes can be standardized along best practices, the more quickly they can be structured and implemented, with better results.

Multilateral development banks (MDBs) are now working more closely together than ever before to introduce greater standardization at many levels, for example, with definitions, metrics, standards, and features of a sound enabling environment. Risk management principles and assessment tools can also be standardized. Universal approaches to social and environmental standards are another good example.

The benefits of MDBs using standard approaches are becoming increasingly apparent. Here are a few examples:

Where is this going to take us?

The growing need for infrastructure and increasing availability of tools based on international best practices are making standardization in PPPs increasingly attractive . From my optimistic perspective, this will make the development of infrastructure projects with private sector participation through PPPs easier and more efficient, especially in emerging economies. In fact, we saw an interesting research note published yesterday that shows that private infrastructure investment (in good part, via PPPs) has recently doubled in the world’s poorest countries.

Going forward, some developments I expect to see include: In sum, the possibilities are immense but achievable. It is our responsibility to make them happen. And standardization is helping us get there
.
Disclaimer: The content of this blog does not necessarily reflect the views of the World Bank Group, its Board of Executive Directors, staff or the governments it represents. The World Bank Group does not guarantee the accuracy of the data, findings, or analysis in this post.

How PPIAF leveraged $17.1 billion for infrastructure by focusing on the critical upstream