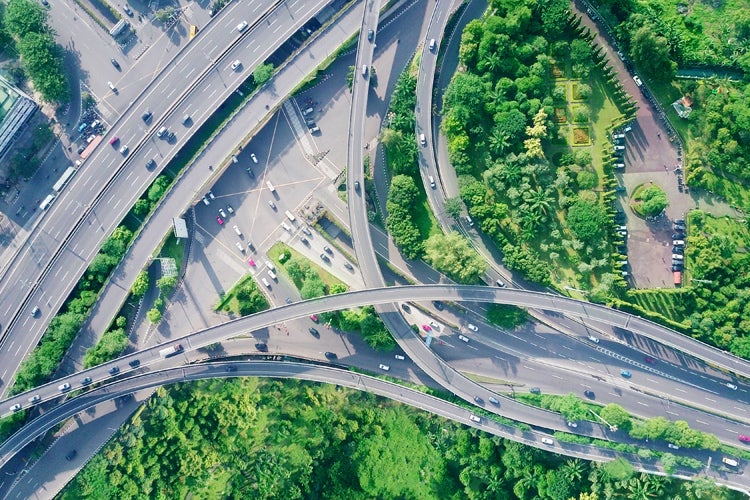 Critically constrained public resources on the one hand, and huge existing infrastructure needs for basic services on the other, make private participation in emerging markets and developing economies (EMDEs) not just critical, but in fact, imperative. Crowding in private finance is essential to spur economic development and meet the twin goals of shared prosperity and elimination of extreme poverty, as well as to achieve the Sustainable Development Goals.

The Private Participation in Infrastructure (PPI) Database, with data spanning over almost 27 years, has become a powerful tool and measure for gauging the level of private investment in infrastructure in EMDEs.

In addition to energy, transport, and water & sewerage, the PPI Database, starting in 2017, reports on a new sector—information and communication technologies (ICT) backbone . ICT backbone includes fiber optic cables, mobile towers and other hard assets with an active government component. Tracking private investment in this sector will be increasingly important due to the critical role that ICT plays in development. With some seven billion mobile connections and a 60 percent coverage in terms of 3G networks worldwide, the ICT sector is critical for disruptive innovation and for leapfrogging development and enhancing the impact under the Forth Industrial Revolution.

The recently-launched data from the PPI Database for the year 2017 marks an increase of 37 percent in investment levels from 2016 levels . Yet, it remains the second lowest level of investment in the past 10 years and is 15 percent lower than the past 5-year average investment level. On closer examination, the increase over 2016 levels is attributable to a few megaprojects in China and Indonesia as well as a recovery in South Asia, led mainly by Pakistan. Also notable is the fact that the average project size increased by 26 percent in 2017, with some 20 megaprojects averaging $2.4 billion per project and accounting for 51 percent of the total PPI investment.

The East Asia and Pacific region received the highest level of investment, while Latin America and the Caribbean and Sub-Saharan Africa received the lowest and the second-lowest level of investment in the past 10 years, respectively. With $49 billion, East Asia and Pacific accounted for more than half of the total PPI investment, and overtook Latin America and the Caribbean for the first time .

How different countries fared in 2017


The PPI Database is a product of the Infrastructure, PPPs & Guarantees (IPG) Group and is managed by the World Bank Group Singapore Hub for Infrastructure and Urban Development. It the most comprehensive database of private investments in infrastructure in the developing world. This endeavor was carried out by the PPI Database team led by Deblina Saha and comprising Seong Ho Hong, Alex Shao, Akhilesh Modi, and Iuliia Zemlytska.

Farewell 2017; Hello to More and Better Infrastructure in 2018

Slight bump in half-year private investment in infrastructure: a sign of recovery? Launch of United Nations Road Safety Trust Fund Published:12 April 2018.
There is no doubt that this is a great news that will be the beginning of effective action to reduce road accidents that have become and continue to increase because of the increase in population, with no corresponding expansion in roads.
While the natural disasters that occurred all over the world and stands for everyone on one foot did not reach the number of dead to these figures, but the loss of road accidents does not care about one.
So,need to improve road safety is gaining increasing recognition, targeted efforts have not been adequately funded at the local, national, regional or global levels. As such, we are far from being on track to halve the number of road traffic deaths by 2020– the target set out in the Sustainable Development Goals (SDGs).
The United Nations Road Safety Trust Fund, launched today in New York City, aims to accelerate progress in improving global road safety by bridging the gaps in the mobilization of resources for effective action at all levels.
Established at the request of the Secretary-General following the suggestion made by United Nations Member States, the Fund will mobilize resources from governments, intergovernmental or non-governmental organizations, the
I am from Egypt , The implementation of new innovations and inventions is the only way to support the implementation of the Sustainable Development Goals (SDGs) in the region, To create new industries that are far from competing with the world markets in terms of the cost of production and the quality of manufacturing in order to spread hope and awareness among the peoples of the region also, Africa is a continent where there are many wealth, but unfortunately there are no bright ways to travel long distances to exploit these wealth to open new areas of work for the peoples of this continent so that people do not have to migrate. illegally. Also security and transport are two sides of a single coin, called sustainable development, because the spread of security among people requires rapid movement everywhere without accidents. Reducing transport accidents contribute strongly to facilitate the movement of investors, workers, goods and all the necessities of life.
I introduced a patented for night lighting system currently used in all vehicles to reduce night accidents, to enhance night vision and to redirect strong lighten to a horizontal level near to the ground to avoid vision problems affecting drivers during driving at night. by creating the installation inside body vehicle to the rear is far from the front, to control such glow on, then redirected to the front for radiate through optical fibers and luminous elements.
With installation of light sensors on the light output of the projector at front of the vehicle and another sensor in the level of the driver's view of the opposite vehicles for successive control of high light rise under level of sensitivity in level of vision of other driver.
Now for the benefit of the space below the Heavy transport vehicles must be used Projector (Extra Spotlights through Xenon, Laser or LED Lamps with Optical fiber) Innovation For all vehicles, It is the first development for installation of the headlights strong inside the body of the car, is far from the front since the invention of the first car in 1886 till now, Where the light of,like a shot with random force in all directions without control at a speed of 300,000 meters / second to hit the optic nerve force of the person or animals are not qualified to bear this strong blow and can not tolerate and temporary blindness is the main reason to increase nighttime accidents.
The beneficiary drivers are professionals such as truck drivers, passengers goods transport vehicles a number of large vehicles licensed in Egypt only, a three million vehicles were increasing annually by 10% otherwise enormous numbers in most need of this innovation to maintain their lives.
Also most important problem in night lighting system used now all vehicles is one of important reasons for spread of light pollution to the environment, As a result of the start of light with random force without control in directions even to the sky.
What is Light Pollution?
Most of us are familiar with air, water, and land pollution, but did you know that light can also be a pollutant? The inappropriate or excessive use of artificial light – known as light pollution – can have serious environmental consequences for humans, wildlife, and our climate.
By joining IDA you can make a difference in protecting our Planet, saving billions of dollars in wasted energy, and connecting future generations with our legacy of starry skies.

• From over almost 27 years data spanning shows escalation in PPI & uptick of EMDEs in 2017. Data from the PPI Database for the year 2017 marks an increase of 37 percent in investment levels from 2016 levels. This is attributable to a few megaprojects in China and Indonesia as well as a recovery in South Asia, led mainly by Pakistan. Government support to projects increased from 94 projects in 2016 to 135 in after a decline in between 2012 to 2016. Fifty-two countries received PPI investments, which is a significant increase over the 2016 levels at 37 countries and a past 5-year average of 41. China, Indonesia, Mexico, Brazil and Pakistan were the top five investment destinations and together attracted 58 percent of global investments. Investments in the world’s poorest countries reached 8.5 percent of global investments in 2017 compared to 4.3 percent in 2016, with $7.9 billion worth of investments across 35 projects in 17 countries compared to the past 10-year average of 14 countries. Of the 197 electricity generation projects in 2017, 173 projects (88 percent) are renewable energy projects. Renewable continue to increase in numbers in 2017 but saw a drop in the share of electricity generation investment due to coal mega projects in Indonesia worth $7.7 billion. However, I do not find any concrete evidence of PPI investment in Bangladesh despite its ascending towards mid income group.

The private participation is fundamental in all infrastructure projects as illustrated in the successful
experience of PPPS projects through the World Bank support. ICT is essential to promote private
investment in EMDES , there is no indusrial revolution without ICT.
Yours Very Respectfully,
Dr. Mohamed Taher Abdelrazik Hamada, Ph.D
Senior American Citizen
Retired Professor at Strayer University , USA