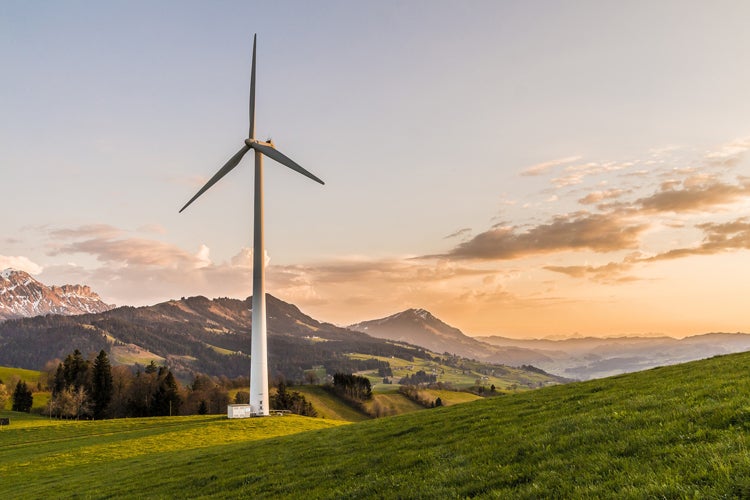 Infrastructure is a key driver for growth, employment, and better quality of life in emerging markets and developing economies (EMDEs). But this comes at a cost. Approximately 70% of global greenhouse gas emissions come from infrastructure construction and operations such as power plants, buildings, and transport. The Overseas Development Institute estimates that over 720 million people could be pushed back into extreme poverty by 2050 as a result of climate impacts, while the World Health Organization projects that the number of deaths attributable to the harmful effects of emissions from key infrastructure industries will rise from the current 150,000 per year to 250,000 by 2030.

Some examples of low-carbon infrastructure are:


What are the trends observed in low-carbon infrastructure in EMDEs?

Since energy projects form the crux of private investment in infrastructure in EMDEs, the emphasis on clean energy in reducing carbon emissions cannot be overstated. A feather in the cap for the renewable energy push was that more than half of all energy PPIs were renewables in some countries with the largest carbon emissions —notably Brazil, China, India, Turkey and Romania.

Subsidies spent by governments globally have been much higher for conventional energy sources as compared to renewable energy—in 2015, $325 billion worth of subsidies were spent on fossil fuels compared to only $150 billion for renewables. Conventional energy projects remain larger, on average, than renewable energy projects, both in terms of generation capacity and investment.

Transport projects presented a different story. Railways and urban transport projects are considered climate-friendly as they lead to lower carbon emission per unit of distance traveled as compared to roads. The share of urban transport projects almost tripled to 14% after 2010, indicating a shift in developing countries to undertake more metro and light-rail projects to efficiently cater to increasing volumes of passenger traffic. However, road connections are instrumental in EMDEs for economic integration and transporting perishables. Making the same goods available via railways would lead to higher transport costs—and higher prices for the end consumer. Road projects continued to garner almost three-fourths of the land transport investments in spite of a slight decline post-2010.

A shift towards low-carbon is happening, but the pace needs to pick up…

Over the last 15 years, there has been a focused effort to minimize or even reverse the threat of climate change. Governments have provided support to climate-friendly projects while private investors have taken the plunge by investing significant capital in such projects, particularly in EMDEs. A shift in the allocation of resources from carbon-intensive to low-carbon infrastructure is visible, but the efforts need to be intensified, particularly in land transport, if we aim to meet the goal of limiting warming to two degrees by 2050.

As the duel between humanity and the adverse impacts of climate change heats up, low-carbon infrastructure is proving to be a powerful weapon.


The PPI Database is a product of the Infrastructure, PPPs and Guarantees (IPG) Group and is managed by the World Bank Group Singapore Hub for Infrastructure and Urban Development. It is the most comprehensive database of private investments in infrastructure in the developing world. This endeavor on Low-Carbon Infrastructure was carried out by the PPI Database team comprising Deblina Saha (Task Team Lead) and Akhilesh Modi. It is quite typical to avoid nuclear power as an obvious component of a low-carbon infrastructure. This is one reason why all efforts to decarbonize our infrastructure despite all the big talk is failing. I recommend reading the latest IPCC reports on this and putting aside ideological barriers that only succeed in keeping emissions high.

We are ready to commit to building resilient infrastructure. Have green energy projects approved by government and conditions ready to start.
But very expensive and needs funding but have not yet found investors or banks to fund and facilitate the projects.
Kindly advice on how to get investors or banks for long term loans.
Kind regards

As the climate change affects are know to human at large facing hardships of life, livelihoods, food security, seasonal changes, crop patterns and water scarcity. SDGs awareness and response is also a wake-up call. But the level of this all response and measureless is not significant. Any reason so far?? Resources, Negligence, Governance, media, Civil socity, global ignorance, corporate power or any thing else....

No doubt that climate change affects seriously people's life , it maybe harmful to their health and even
to their existence . Low carbonate infrastructure can help to stop the damage that occurs as a result of
climate change exposure . Governments in both developed and developing countries should consider
climate change when making infrastructure delivery thruogh rewnewable energy that are adopted by
the World Bank . All countries whether developed or developing should shift to low carbon infrastructure
solution, this comes through advisory and consulation from the global World Bank.
Yours Very Respectfully,
Dr. Mohamed Taher Abdelrazik Hamada, Ph.D
*edited for privacy*