The calm before the storm? The impact of COVID-19 on cooperative financial institutions 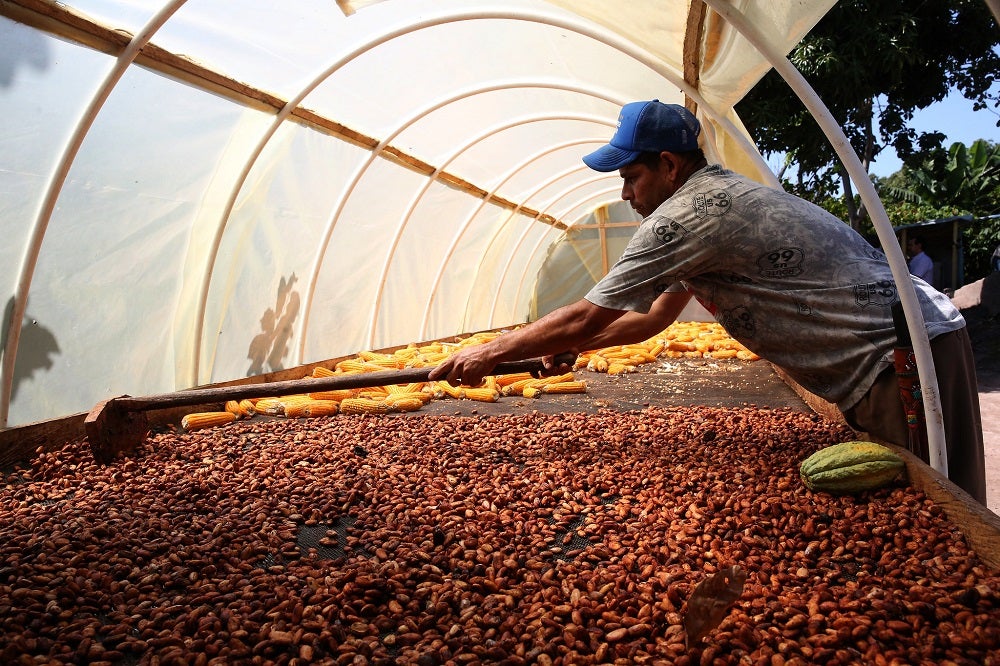 The mandatory shutdown of businesses and supply chain disruptions caused by COVID-19 are taking a toll on the activities carried out by cooperative financial institutions (CFIs).  These institutions are crucial providers of financial services to households and small and medium-sized enterprises, with a large rural presence in many developing countries. Although some rural areas have been less affected by the spread of the virus, they are being severely impacted by the economic distortions on demand—and in some cases, exports—associated with the pandemic.

CFI supervisors from Kenya and Mexico and representatives from Albania and India had an opportunity to discuss some specific challenges faced by CFIs during a webinar organized in July by the World Bank CFI Center of Excellence in partnership with Rabobank Foundation.

The cooperative nature of CFIs and their ability (or inability) to access public resources to cope with pandemic-related stress make their case different from that of non-cooperative financial institutions.  These characteristics, combined with structural issues regarding CFIs’ integration in the financial system and oftentimes relatively weak oversight, raise some questions: How are these entities faring in the presence of COVID-19? Can CFIs and their members and clients access public resources to deal with the crisis—and to what extent?

No failures (yet) due to COVID, but emerging signs of stress

While none of the countries represented at the event reported thus far any failures attributable to COVID-19, signs of emerging difficulties were evident:

The pace of CFI business is clearly slowing down, as portrayed by Kenya’s SACCO Societies Regulatory Authority (SASRA). The regulatory body reported negligible asset growth of Kenya’s CFIs between March and May 2020, compared to the same period in the two preceding years. The average growth rate of gross loans was negative in the same period of 2020, in sharp contrast with the positive growth rates in the two previous years.

As figure 1 shows, deposits in associated cooperatives, known locally as SACCOs, maintained a growing trend from previous years, which may be a sign of resilience among the CFI membership. Yet the outlook is dim, given job losses and pay cuts among SACCO members that are likely to affect their ability to save. 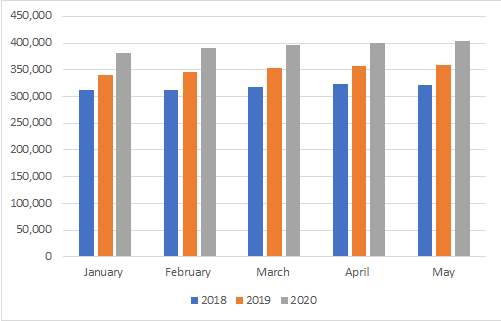 All panelists expressed a growing concern related to the quality of the loan portfolios. The presenters from Kenya and Albania reported substantial increases in loan delinquencies. Moratoriums on loan repayments and loan restructurings are pervasive, contributing to a growing liquidity drain, reported by all participants.

In addition to liquidity problems, capital adequacy is also deteriorating, with some SACCOs already being non-compliant in Kenya. The representative from Mexico’s Banking Commission mentioned that many CFIs in the country are expected to face solvency problems in the medium term.

Regulatory response and government support: How do they work with CFIs?

Restrictions on new lending, authorizing moratoriums on repayments and foreclosures, and restructuring existing credit facilities are among the immediate measures adopted by regulators or by large individual CFIs in Albania, for example. The specific way in which CFIs are integrated (or not) in the overall financial system comes to play when public resources are allocated to support financial institutions. While the process is almost automatic for established commercial banks, the mechanisms for CFIs are either non-existent or indirect.

Liquidity support has already been made available in India, via the regulatory body National Bank for Agriculture and Rural Development (NABARD). But in Albania, for example, no mechanism exists for the Central Bank to assist the CFI sector—although the Central Bank is actively supporting commercial banks.

In Kenya, liquidity support is not yet in place although the regulator established a daily liquidity monitoring report to closely follow the performance of this indicator. It is unclear how liquidity support would work for Kenya’ SACCOs. In the case of Mexico, support measures such as credit guarantees—to reduce loan loss provisions—that would work through development banks are being considered, but liquidity help from public funds seems unlikely. Capital infusions seem out of the question everywhere, even though they are not ruled out to support regular banks.

The way forward: Integration and consolidation?

“Joining forces, patient cooperative capital,” in the words of Marianne Schoemaker, from Rabobank, remain the strengths of CFIs and should help weather the COVID-19 storm that many see approaching. A focus on digitization in a way that reinforces and does not undermine CFIs’ cooperative nature is an important element for the way forward.

Multiple uncertainties remain about the extent and pace of the pandemic and its effects on CFIs, their membership, and the economies in which they operate, which makes it difficult to discern the road ahead. The webinar discussion suggests that the sector is likely to consolidate through mergers or other means of network integration that enable CFIs to benefit from new technologies, improved management skills, and much needed safety-net mechanisms.