Read this in Thai 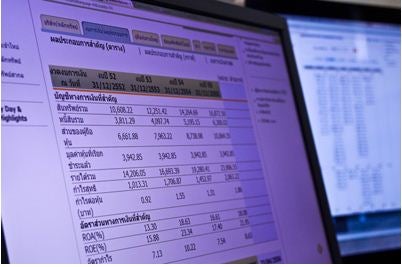 Thailand is a clear leader in corporate governance among Asian and emerging economies. But the recently launched 2013 Corporate Governance Report on Standards and Codes (ROSC) finds key challenges remain.
In the face of the 1997 crisis, Thailand has undertaken significant reforms that have enhanced corporate governance. Both regulators and the private sector in Thailand embraced good corporate governance, and have remained committed ever since. The World Bank also played a role - for example in helping establish the Thailand Institute of Directors in 2002 and conducting a previous Corporate Governance ROSC in 2005, which in turn was used by the Thai Securities and Exchange Commission (SEC) to support the next wave of reform.  Overall, progress in the last 15 years has been impressive.


The 2013 ROSC, a formal assessment of the OECD Principles of Corporate Governance, confirms that Thailand has emerged as a regional leader in corporate governance with a relatively comprehensive framework and has achieved high levels of compliance in a number of key areas. According to the ranking in the report, overall disclosure has a score of 87 out of 100 - one of the highest scores recorded as part of the ROSC program. Annual reports from Thai companies not only have complete financial statements, but a range of other information often not found in other countries, like details on the compensation of individual board members and the CEO and statements on risk and risk management that go beyond standard “corporate boilerplate”. Information on companies is readily available in English and Thai from a range of sources. Similarly, Thailand has a both a strong legal and regulatory framework for investor protection and a robust culture of board professionalism, with boards of listed companies embracing many of the best practices found in the most developed economies.
Corporate governance is not an end in itself, and in Thailand good corporate governance coincides with a robust capital market, strong company performance, and financial stability. Over 500 companies are listed, and various measures of capital market depth and breadth put Thailand ahead of many OECD countries, as well as BRICS like Brazil and China. Thailand’s banks and companies have had few of the problems experienced in more developed economies in the global downturn of recent years.

However, if Thailand is to remain a leader in corporate governance, the ROSC finds a number of areas that remain serious challenges.  For example, the gap between companies with private ownership and state owned enterprises (SOEs) is large, and growing. SOEs, which include some of the largest listed companies and play a major role in both infrastructure and finance, have too many civil servants on their boards, and line ministries playing too many roles: de facto owner, regulator, and policy maker. To take another major challenge, beneficial ownership disclosure, which basically means understanding who really controls companies, remains a challenge thanks to the use of confidential shareholder agreements, and complex corporate structures, including through off shore entities. Poor disclosure in this area in turn undermines the many rules Thailand has to prevent abusive transactions that can hurt small shareholders and undermine investor confidence.

Areas that Thai authorities can build on include:
· Improving state owned enterprises (SOE) governance and making the state a more effective owner
· Protecting the independence and effectiveness of the Thai Securities and Exchange Commission (SEC) and Bank of Thailand (BOT), this includes formal independence from the Ministry of Finance
· Making rules and regulations clearer for market participants
· Improving shareholder redress, including making it easier for the SEC to bring cases on behalf of shareholders
· Finalizing convergence to International Financial Reporting Standards (IFRSs) and enhancing beneficial ownership disclosure and other non-financial disclosure
· Strengthening auditor independence and effectiveness of market intermediaries
· Continuing to increase board independence and effectiveness, including giving the board the explicit power to pick the CEO

Thailand has made tremendous progress. If reform momentum can be maintained, it can truly establish itself as an international leader in corporate governance while ensuring that investors are protected, companies are transparent, boards professional and that companies with state ownership approach the good practices of the private sector.

Great news that Thailand is now top of the rankings for corporate governance in ASEAN.
In terms of Board CG challenges, here is the list from the recent IOD Conference, plus some suggested solutions:
http://www.talent-technologies.com/new/2013/06/3-corporate-governance-i…