Ebb and flow: Remittances in a year of pandemic 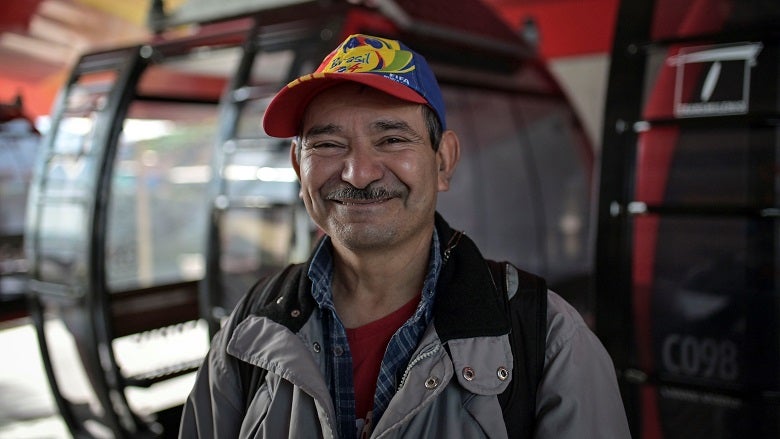 At the onset of the COVID-19 pandemic, funding and sending remittances became almost mission impossible for migrants. Job losses and severe curfews needed to curb spread of the illness resulted in reduced incomes, restricted mobility, and disrupted operations of service providers in many countries. Remittance services were not deemed essential services everywhere, and many were forced to close. Even those who managed to continue providing services faced higher costs and unexpected expenses to meet the requirements of “the new normal.” Yet remittance flows rebounded quickly and have played a crucial countercyclical role in supporting economic activity.

In recognition of the important role that remittances play as an enabler of economic growth and prosperity, the World Bank commissioned weekly pulse surveys and pricing analysis to monitor the situation in the international remittances market in April and May 2020, with the objective to identify challenges and make recommendations to address the crisis. The summary of the findings of the analysis and the methodology—with a focus on pricing, volumes, and operational issues—was recently published.

Despite all odds and initial projections, remittance flows rebounded quickly after a sharp decline at the start of the pandemic. By the end of 2020, remittance flows were down by only 1.6 percent globally from early in the year, far less than what was projected at the start of the pandemic, and less than the decline in volumes experienced during the financial crisis of 2008. According to the World Bank’s Migration and Development Brief 34, the resilience of remittance flows came as a result of migrants drawing on their savings to send money home, of shifting flows from unregulated channels, such as hand-carrying, to regulated remittance channels where accessible, and of migrants receiving cash transfers offered by host country governments where available.

Furthermore, despite the temporary increase in remittance costs that service providers experienced at the start of the COVID crisis, these much-needed flows reached their recipients at a reduced cost , due mainly to a general shift from cash-based to digital channels. According to the World Bank’s Remittance Prices Worldwide database, the weighted average cost of sending $200 reached the G20 objective for the first time in the end of 2020. With that, the sector is closer to achieving the Sustainable Development Goal of reducing average remittance costs to less than 3 percent by 2030.

"The pandemic has fundamentally affected the way in which remittances are sent, the business models, the behavior of remittance senders and receivers, their trust in the regulated financial institutions as well as their financial and digital literacy."

From digital evolution to digital revolution

The availability of remittance services declined by at least 10 percentage points globally during the past year, based on World Bank’s Remittance Prices Worldwide database covering providers responsible for about 80 percent of the global market. Newly introduced services have not yet managed to bridge this gap, which is most pronounced in South Asia, Middle East and North Africa, and Latin America and the Caribbean. Not surprisingly, cash-based services accounted for the bulk of closed services (70 percent) and only a fraction of the newly introduced ones (35 percent). Mobile wallet-based services have also increased their share of newly introduced services (18 percent), almost equal in share with services provided by banks (20 percent) (Figure 1). Today, digital remittance services are available in three-quarters of remittance corridors around the world.

While these numbers seem to be pointing to a digital evolution in the market of remittances, there is still a lot to be done to reap the full benefits of digitalization. Expanding access to and usage of digital financial services could facilitate remittance flows. Our analysis shows that countries with more people owning accounts saw lower drops in service availability, due to a greater awareness and ease of switching to formal services and digital solutions.

Similarly, countries with higher usage levels of digital financial services saw both bigger drops in remittance costs and smaller declines in service availability. Government initiatives to promote and incentivize the use of regulated financial services, particularly digital ones, have made a difference for some economies in boosting the inflow of remittances. For example, the introduction of the Roshan Digital Account in Pakistan, the Naira4Dollar initiative in Nigeria,  or the 2 percent cash incentive in Bangladesh seem to have yielded significant benefits in the short run.

The role of digital financial services in helping the remittance industry successfully navigate through the disruptions and risks of the crisis underscores the importance for authorities and donors to prioritize legal reform and market interventions. It also emphasizes the relevance of measures to promote financial and digital literacy, in line with the priorities laid out in initiatives such as the World Bank Call to Action, the Switzerland-UK Call to Action, and the Blueprint for Action. Authorities must also improve the underlying payments and market infrastructures, in line with international standards, as detailed in the G20 Roadmap for Enhancing Cross-Border Payments. These steps will bring us closer to our shared vision of enabling faster, cheaper, and more transparent cross-border remittances. Dear Authors,
Thank you for this excellent research.
Would you kindly explain the discrepancy between the text
"cash-based services accounted for the bulk of closed services (70 percent) and only a fraction of the newly introduced ones (35 percent)"
and the infographics - 58% and 16% cash respectively.
Which one is correct?

Thank you very much for your interest in our blog and also your thoughtful comments. The numbers cited in the text refer to the pick-up method (receiving side) for remittance services, while the graph refers to the payment instrument (sending side) of the remittance services.

Every Country should be well Organised for the welfare of Remittars. They are very important resource persons for enforcement of Human rights to their all family member. As well as they are developing the Economic condition of their origine Homeland,