Helping Green Business in the Caribbean 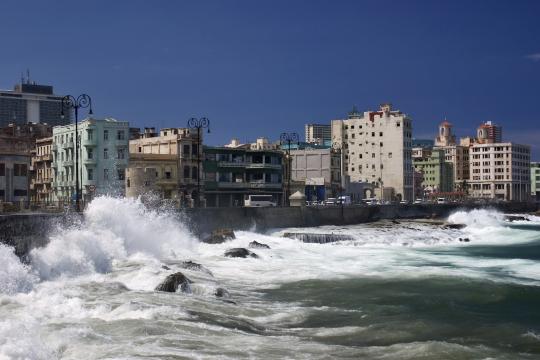 Increased hurricane activity and rising sea levels are well-known effects of climate change, and they prompt solemn head-shaking when we read about them in reports. But in the Caribbean they are part of a terrifying reality that is happening now: This reality was demonstrated again by recent flooding and landslides in the Eastern Caribbean that left 20 dead and hundreds of millions of dollars in damage.

Unfortunately, while sharing a heavy burden of the effects of a changing climate, the region’s inhabitants are currently struggling to tap into the opportunities of a new, low-carbon and greener economy.

Last year, the Jamaica-based MSME Alliance made headlines by staging a "funeral" to mourn the country’s ailing small and medium-sized enterprises. According to the Alliance’s president, one of the top challenges facing businesses in Jamaica is soaring electricity costs, which can reach 25 percent of a business’s expenses.
Start-ups developing alternative energy solutions should thrive in such an environment, but as a recent World Bank study reveals, innovative ideas are still not easily implemented and commercialized in the Caribbean and Latin America despite an abundance of entrepreneurs.

The seeds are in place for a Caribbean clean-tech revolution. The region holds vast — if largely untapped — renewable energy resources such as solar, wind and geothermal energy and biofuels; and opportunities for new investments and modern technologies to ignite climate-smart agriculture.

The local entrepreneurs who would develop the region’s resources are held back by a host of obstacles, some of which are cultural and contextual. As one entrepreneur puts it, “Part of the problem is that a large part of the population in the Caribbean sees innovation as something that comes from overseas, not from within the region.”
Also troublesome are the geographic realities of the Caribbean, home to 40 million people living in more than 30 different countries with pronounced socioeconomic and political differences. The small scale of the markets on each of the islands is a clear issue for capital-intensive enterprises in clean technologies and renewable energy.
Different market policies and independent laws on intellectual property constrain local businesses from expanding into new markets.

To meet these challenges, the World Bank (through infoDev’s Climate Technology Program) this week has launched the Caribbean Climate Innovation Center (CIC), which will have facilities both in Trinidad and Jamaica as well as smaller hubs on other Caribbean islands.

The CIC will work hand-in-hand with new clean-tech ventures in the region and link them with financing, business advice, technical assistance, market development, and high-value contacts from a network of CICs in eight countries.

Since meaningful innovation must scale up, the center is focusing on regional activities. In the first period, the CCIC is expected to support up to 80 innovative ventures, generating the equivalent of US$11 million in revenues and creating more than 1,400 jobs. In the next six years, it is expected to help more than 35,000 people increase resiliency to climate change and cut 20,882 metric tons in greenhouse gas emissions, equivalent to the exhaust of almost 4,500 passenger cars or 50,000 barrels of oil consumed.

In order to reach the best and brightest entrepreneurs with viable business plans in the climate technology and clean energy sector, the new CIC has launched a proof of concept contest.  Winning applicants could receive up to US$50,000 for expansion and business development.

The region’s inhabitants are acutely aware of the urgency of climate challenges. For the CIC and regional partners, the work of building local ownership of the solutions — and opportunities — in the battle to curb climate change still lies ahead. We that live in the Caribbean are affected the most by Climate change we should be leading the way in trying to develop to make new products to save our region and planted.Our people need to educated on proper garbage and waste disposal the litter here in Jamaica is a disgrace very sad and worried about the future