Making cities competitive – What will it take? 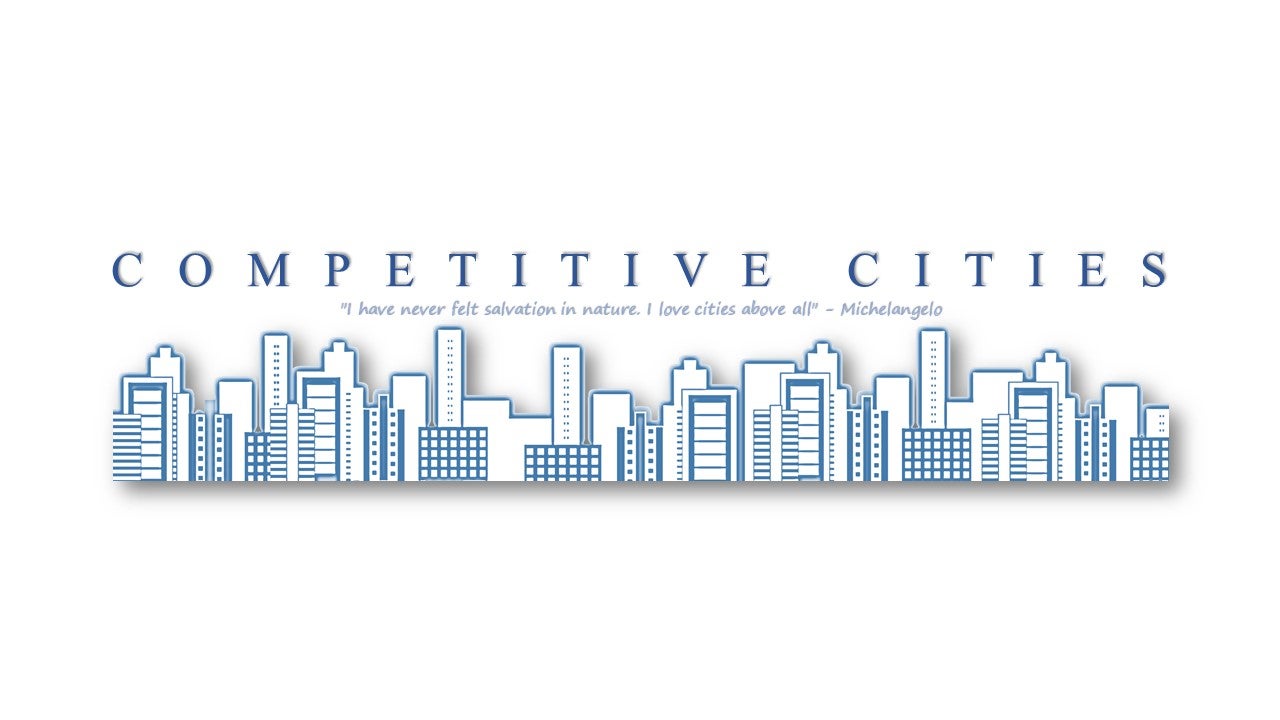 Cities are the future. They are where people live and work. They are where growth happens and where innovation takes place. But they are also poles of poverty and, much too often, centers of unemployment.

How can we unleash the potential of cities? How do we make them more competitive? These are urgent questions. Questions, as it turns out, with complex answers – that could potentially have huge returns for job creation and poverty reduction.

Cities vary enormously when it comes to their economic performance. While 72 percent of cities grow faster than their countries, these benefits do not happen uniformly across all cities. The top 10 percent of cities increase GDP almost three times more than the remaining 90 percent. They create jobs four to five times faster. Their residents enjoy higher incomes and productivity, and they are magnets for external investment.

We’re not just talking about the “household names”among global cities: Competitive cities are often secondary cities, many of them exhibiting success amidst adversity – some landlocked and in lagging regions within their countries. For instance, Saltillo (Mexico), Meknes (Morocco), Coimbatore (India), Gaziantep (Turkey), Bucaramanga (Colombia), and Onitsha (Nigeria) are a few examples of cities that have been competitive in the last decade.

So how do cities become competitive? We define competitive cities as those that successfully help firms and industries create jobs, raise productivity and increase the incomes of citizens. A team at the World Bank Group spent the last 18 months investigating, creating and updating our knowledge base for the benefit of WBG’s clients. In our forthcoming report, “Competitive Cities for Jobs and Growth,”* we find that the recipe includes several basic ingredients.

In the long term, cities moving up the income ladder will transform their economies, changing from “market towns” to “production centers” to “financial and creative centers,” increasing efficiencies and productivity at each stage. But economic data clearly shows there are large gains to be had even without full-scale economic transformation: Cities can move from $2,500 to $20,000 in per capita income while still remaining a “production center.”  In such cases, cities become more competitive at what they already do, finding niche products and markets in tradable goods and services. Competitive cities are those that manage to attract new firms and investors, while still nurturing established businesses and longtime residents.

What sort of policies do competitive cities use? We find that leading cities focus their energies on leveraging both economy-wide and sector-specific policies. In practice, we see how successful cities create a favorable business climate and target individual sectors for pro-active economic development initiatives. They use a combination of policies focused on cross-cutting issues such as land, capital markets and infrastructure, while not losing focus on the needs of different industries and firms. The crucial factor is consultation, collaboration and partnerships with the private sector. In fact, success also involves building coalitions for growth with neighbors and other tiers of government.

Process matters enormously. What is interesting about competitive cities is not their choice of policy action or reform, but how they get things done in the first place. Cities choose a strategy for economic development, align their budget to finance it, solve problems during implementation, and mobilize sufficient staff capacity and attention to the quality of implementation. They have an explicit economic development-oriented mindset that complements a social and environmental vision, and they rally agencies and layers of the city government around it.

The competitiveness opportunity for cities is overwhelming. If every average city had managed to do as well as its competitive-city counterpart within its region, the world would have added 19 million new jobs – in 2012 alone. Cities are potent tools in policymakers’ arsenal to reduce poverty and increase shared prosperity – and they deserve closer scrutiny and focus.

* “Competitive Cities for Jobs and Growth” has been made possible by the contribution of the Competitive Industries and Innovation Program (CIIP). The overview report and companion papers will be launched in Washington, D.C. in December 2015 – with a number of regional events throughout this year. Dear Megha, Austin and Stefano,
Compliments for a very interesting research particularly as it reiterates the significance of 'process'! I am sure that emergent cities may derive vital learning from this report by examining the critical success factors of competitive cities.
Best wishes.
Shaleen