Private sector engagement is key to success on gender equity 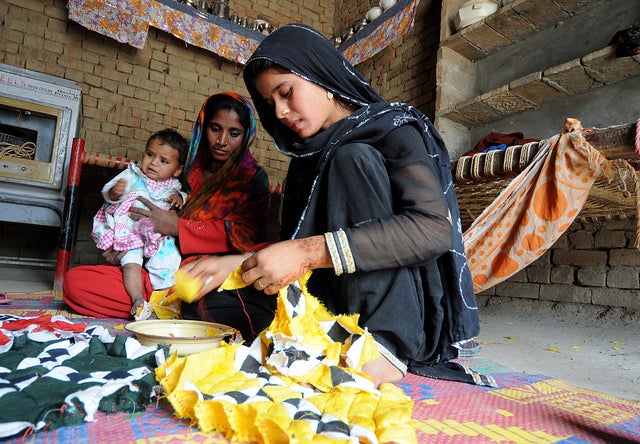 As we celebrate International Women’s Day, if there is one concept to keep in mind above all others, it’s that gender equity is vital 24-7-365, and not just as a once-a-year observance.

You have heard the argument before and you will hear it again: Economies cannot reach their full potential if half the population is systematically blocked from full participation. This fundamental idea motivates the World Bank Group as it redoubles its efforts to address gaps in gender equality.

We see this in the laws that prevent wives from making autonomous decisions about their careers. We see it in instances of violence against women in the workplace. We see this when harassment occurs at rural border crossings where women traders can encounter threats, and worse, from border guards.

In developing and developed countries alike, women face obstacles to starting and managing a business, to accessing finance, to earning equal pay for equal work, and to owning land or other assets. Many countries maintain laws and regulations that advantage men while discriminating against women, often relegating them to the status of a legal minor.

As Emeritus Professor Linda Scott of Oxford University’s Saïd Business School told us recently, “Women are economically disadvantaged in every country on the planet” and “women’s economic exclusion imposes a significant drag on world economies and societies.”

A key part of the Bank Group’s gender effort revolves around the importance of leveraging the private sector to ensure that reform goes beyond policy statements and creates real economic benefits for women and men. The Bank Group’s Trade & Competitiveness Global Practice (T&C) has developed an approach to gender equity that focuses on expanding market opportunities, enabling private initiative, and developing dynamic economies.

The work we are doing recognizes the entrenched nature of the obstacles to fuller economic empowerment for women. Achieving results at scale will require sustained commitment. But we also understand the importance of realizing near-term progress to catalyze change, and we recognize how interventions in particular countries can show the way forward elsewhere.

In the Punjab province of Pakistan, T&C is engaged in a range of lending operations, analytics and advisory services designed to promote women’s economic participation. This work is helping reform local laws to provide for quotas for women on corporate boards, display penalties for workplace harassment, and regulate the creation of one-stop-shop business centers for female entrepreneurs and for owners of small and medium-sized enterprises.

In Togo and Côte d'Ivoire, T&C has helped pass and implement changes in laws that denied head-of-household rights to women, prohibiting them from inheriting property or making independent decisions about their own careers.

In the Democratic Republic of Congo, a T&C team led reform efforts to change the country’s Family Code, which for years contained legal provisions that prevented married women from signing contracts, registering companies, opening bank accounts, or obtaining loans without the permission of their husbands. Reform efforts, supported by DRC’s ministries of Gender and Justice, led to the adoption of a new Family Code in 2016, allowing women in DRC to start businesses, open bank accounts, and perform a host of other economic activities.

In Africa’s Great Lakes Region, T&C has undertaken a first-of-its-kind trade facilitation project addressing challenges faced by small-scale traders, especially women. Harassment by border guards, physical searches of female traders by male officers and pressure on women to pay bribes with sexual favors are among the difficulties routinely encountered by small-scale traders in this region.

These initiatives are producing lessons and expanding expertise that we are seeking to apply and to scale elsewhere by coming together as a community of gender champions.

We hope that through this community, the Bank Group and its partners will continue to identify the relevant gaps between men and women that we can help close in agribusiness, tourism, manufacturing and other sectors. We can do this, using all our instruments, to obtain clear and measurable results within countries while also pressing the frontier of innovation in gender for development.

Caren Grown, Senior Director of the Bank Group’s Gender Cross-Cutting Solutions Area, joined us at the first CoP meeting, along with Linda Scott. Caren is urging teams to be ambitious, and we are taking her advice. “We have to realize we’re in this for the long game,” Caren said. “It’s a process.”

In the Trade & Competitiveness Global Practice, this means ensuring that, through our work in the countries we serve, women are empowered and included on an equal footing in the productive workforce.