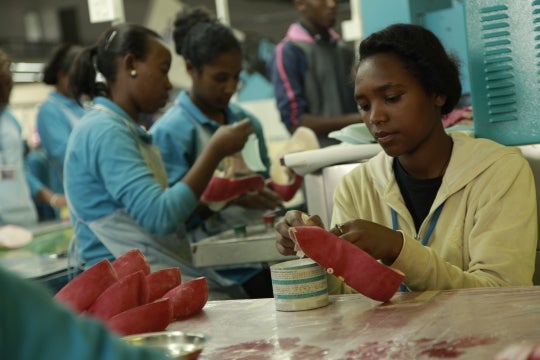 Technological changes and globalization have transformed the kind of skills required of workers in many sectors of the economy.  Yet, with employment opportunities becoming more fluid, it has also become harder to predict the skill content of next year’s jobs than it was when Korea, Malaysia and Singapore industrialized through industrial and training policies.

It is in this context that skill gaps have entered public discourse. Employers around the world routinely report large skill gaps and warn of dire consequences for industrial competitiveness if they are not filled. Governments, from India to the United States, have taken up this call.

How do employers identify these "skill gaps"? What does this mean for skills delivery systems around the world? These questions were recently discussed at a conference at the World Bank Group in Washington on "New Growth Strategies." Here are some thoughts we presented to kick off that discussion.

That the skills gap narrative has become so prominent in recent years does not sit well, for five reasons.

So, why does this cacophony over skills gaps arise and how can we design skill-development systems that are robust to it?

The confusion arises because we have perverse incentives in place. When we ask employers to identify skill gaps, we do not usually ask them to bear, or even consider, the cost of training workers. This is much like asking them whether they prefer strawberries or strawberries covered in chocolate, without asking them to pay extra for the chocolate.  They therefore routinely report a crippling shortage of chocolate. Yet, behind this strange exercise, there are some industries that are actually seriously skill constrained and there are other industries that are not skill constrained. The way we ask the question simply does not induce them to differentiate themselves.

Our objective in designing skill-development systems must be to ensure that this differentiation occurs. Otherwise, skill-intensive sectors will be hurt if they cannot access the skills they need, while workers who invest in skills for which there is not sufficient demand will not be able to recover the rather significant cost of those investments.

We will return to how to do this in a future post. For now, let’s think about what several firms really mean when they complain about skill gaps.  Through many conversations with employers, trainers, workers and their families, we have come to the conclusion that they simply mean: “I cannot find suitable workers at wages and working conditions that I can afford.” In other words, their costs of production are high relative to market prices, squeezing their margins so that they can’t offer enough to attract good workers. As this squeeze could be relieved in many different ways, a firm complaining of skill gaps may in fact be telling us that they need something else.

Two simple examples will clarify. Indian garment firms often complain of serious skill gaps. And yet, learning to operate a sewing machine to industry standard takes only around 15 to 30 days. Machinery and materials to practice on are also cheap. Each additional year of secondary schooling earns only 2-percent returns for non-supervisory shop-floor workers. It is hard to see a skill gap here. On the other hand, a soon-to-be-released study by the Asian Development Bank shows that Indian garment firms are significantly hamstrung by their small size. Their difficulties result partly from trade restrictions, labor laws and bottlenecks in synthetic fiber and fabric markets. Dealing with these "other" problems should create more garment-related jobs than promoting skill development.

This is quite different for the automotive sector. In a World Bank project focused on improving firm productivity in the automotive sector, we learned that technical skills take longer to acquire; that employers place an emphasis on hiring and retaining skilled workers; and that employers often build in-firm career ladders. They continue to face some real challenges with the quality of pre-service training institutions: Among them, SME component suppliers complain of both the quantity and quality of workers. Fixing pre-service training at Technology Centers (TCs) or Industrial Training Institutes (ITIs) could be much more cost-effective, and could achieve scale benefits rather than training workers solely on the job, as some firms currently do. Our point is that firms in the automotive sector act as if there is a skill gap: They invest in building their own pre-service training institutes, developing supplier capacity, and forming alliances to transfer skills and technology locally and from international players. With ample workers interested in filling this bona fide skill gap, employers and government should work together to help them to do it.

The trick, it seems, is to figure out who needs chocolate enough to pay for it. Dear Priyam et. al., thank you for your blog which is indeed thought-provoking and provides useful insight on skills gap narrative. The broader tourism industry in Nepal also suffers from 'skills gap' which drives the quality down for services provided at hotels, restaurants, trekking and other tourism products and activities, thereby leading to Nepal being a low spend destination despite the country's potential to attract quality tourists given vast array of world-class tourism assets. Skills gap emanate from both lack of willingness to pay for on-the-job training (i.e. paying extra for chocolate) and at the same time due to inadequate skills provided/acquired at the 'pre-service training institutions' (like Indian auto industry). An additional layer of complexity arises from frequent turnover of Nepalese travelling abroad as migrant workers after only days or at best months of on-the-job training at the restaurants, hotels and other sub-sectors. The rigid labor regime also does not help the cause.
Once again, thank you for your blog and we look forward to learn more from you.

Dear Taneem: Many thanks for reading our blog and your comments. Yes, indeed.Finding the balance of quality pre-service training and OJT is challenging for most countries. At the same time, we argue that we need to look at the behavior of the competitive firms in the sector closely to understand how they are navigating the skills challenge which might reveal how much skills really matter to them for their productivity when compared to other factor inputs (auto vs. textiles for instance). Cheers, Priyam

Thanks for highlighting weaknesses in surveys that ask employers about skill gaps. But I should point to the fact that there is much innovation in how to best elicit evidence on skill gaps from employers coming out of the World Bank's STEP skills measurement program (http://microdata.worldbank.org/index.php/catalog/step/about). First, it is important not to equate "skills" with years of education or with "voactional skills", asi is often still done. Instead, it is critical to differentiate "skills" into the three dimensions of a person's skill set: cognitive, socio-emotional and technical skills. When doing this, you actually get a more nuanced picture on the nature of skills that employers value most and consider in short supply. For example, in Vietnam employers value job-specific technical skills in their white and blue collar workers, but almost equally so cognitive and socio-emotional skills that manifest themselves in problem-solving, creative and crtiical thinking and team work competencies. This is important, because it guides us towards entry points for policy. For example, you need strong cognitive and socio-emotional foundation skills (which seem unversally demanded by employers the world over) from early childhood and general education to acquire technical skills in college and vocational training and indeed throughout the working life. There is scope for much more precision when talking about "skills gaps"!

Thanks for the blog posting. I would also suggest that any questions regarding skill gaps should be linked to questions about performance and results. Closing gaps in skills is, after all, of primary value when it is closely aligned with achieving desired results across the "results chain". If the desired results are not well understood then we may provide chocolate dipped strawberries when the health of the worker, organization, sector, and country may require something quite different. The posting reminded me of a short article by Dwayne Spradlin in the Harvard Business Review where he said "But we’ve seen that most organizations are not proficient at articulating their problems clearly and concisely. Many have considerable difficulty even identifying which problems are crucial to their missions and strategies." And I propose that the same is true for organizations in terms what skills they require today, and tomorrow, in order to achieve their strategies.
For me, this is an important starting place for examining skill gaps. Only we are clear on what results are to be achieved can we examine the multiple types of skill (and knowledge) gaps that may exist. Which reminds me of Harold Stolovich's work (then at Univ. of British Columbia) which showed that only about 25% - 30% of performance challenges in organizations are related to knowledge and skill deficiencies -- the rest of the challenges reside within the performance system (incentives, rewards, feedback, motivation, tools, etc.). Thus, we must ensure that skill gaps are considered within this broader context.
A few years ago I co-authored a book for the World Bank on this approach and this might be of value to those looking to align multiple levels of performance and results with the required skills. The book is "A Guide for Assessing Needs" and it can be found for free at https://openknowledge.worldbank.org/handle/10986/2231, or http://issuu.com/world.bank.publications/docs/9780821388686/1?e=0. This is another dimension to the skill gaps discussion highlighted in the blog posting, and I think that both perspectives are essential to understanding the whole system and achieving the desired results.
Link to Spradin article: https://hbr.org/2012/09/are-you-solving-the-right-problem/

It seems that the skill gap is in providing "thought leadership" in how to "identify" and then "address" any "skills gap" issues.