All I need is the air that I breathe… 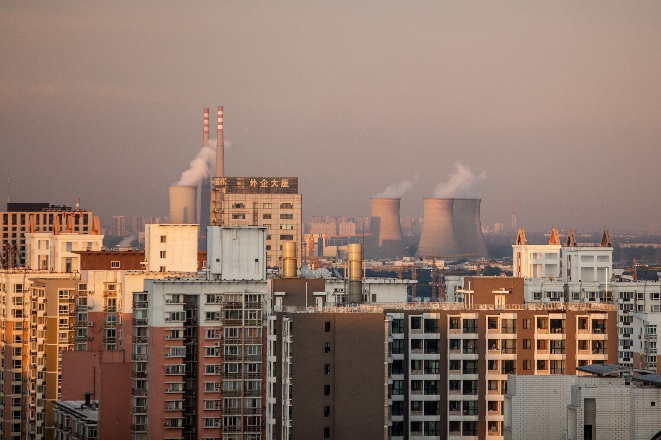 Recent research shows that air quality affects the productivity of high-skilled workers. What does this mean for developing cities?

City governments invest a lot in job creation—they plan infrastructure, skills initiatives, and industry support with the goal to improve productivity and generate jobs and growth, especially in the high-skill sectors. Yet, there might be an important input to productivity that cities can pay more attention to: clean air.

The research in question studied the effect of air pollution on worker productivity in call centers in Shanghai and Nantong in China. The firm analyzed is Ctrip, one of the largest travel agencies in the country, employing more than 30,000 people. 50% of the workers’ pay is based on performance and the measures of productivity are very detailed and high frequency. The study concluded that there is a robust relationship between daily air pollution levels and worker productivity. On average, a 10-unit increase in the Air Quality Index (AQI) led to a 0.35% decline in the number of calls handled by a worker in a day at an AQI of 100. If we translate this to the entire Chinese high-skill industries, a 10-unit reduction of air pollution levels would increase the monetized value of improved productivity by $2.2 billion per year.


How much is a 10-unit increase in AQI?  The AQI in China converts concentrations of six air pollutants into a single index. Ninety-eight percent of the time, the biggest pollutant is the particulate matter, or PM (both the larger PM10 and the smaller PM2.5), mainly from fossil fuel combustion. Particulate matter can be absorbed in both the blood stream, affecting cognitive functions, and the respiratory system, affecting pulmonary functions. It is ubiquitous and easily penetrates indoors. AQI values less than 100 are generally deemed acceptable, those between 100 and 150 are considered unhealthy for sensitive groups, and impacts on the general population begin to emerge at levels greater than 150.

We know that particulate matter affects test scores, but this is the first research estimating its effect on high-skill job productivity. The impacts are not isolated to the most polluted cities—the effects manifest themselves at an AQI of 150, commonly found levels of pollution in major cities throughout the developing and developed world. For instance, the AQI in Los Angeles was over 100 for 90 days in 2014. Even though AQI in the United States is not directly comparable to that of China, if these 90 days were brought into compliance, the service sector productivity in the county of Los Angeles would have been $374 million larger.

The good news is that a city can both manage pollution and advance economic efficiency  . A case in point is accessibility to people and places. Accessibility both reduces pollution and improves the efficiency of local economic activities. Research lead by Karen Seto of Yale University for the Fifth Assessment Report by the Intergovernmental Panel on Climate Change looks at urban form from four aspects: density, land use, connectivity, and accessibility. The research concludes that increased density is not necessarily sufficient for lowering urban emissions (closely linked to pollution) and that accessibility to people and places is in fact what best determines pollution among the four aspects. Accessibility is also a key determinant of the efficiency of local economic activities and a city‘s ability to attract companies and skilled workers.
​
These types of questions will be addressed by a multidisciplinary team at the World Bank from the Social, Urban, Rural and Resilience as well as the Environment and Natural Resources global practices under the umbrella of the Pollution Management and Environmental Health (PMEH) program. The team will support cities in addressing the effects of pollution on their competitiveness. City competitiveness is measured as a combination of economic growth (GDP per capita growth), job growth, and productivity growth.  The research will quantify the cost of pollution on companies’ productivity and their ability to attract talent. The team, in collaboration with leading researchers, will also assess how pollution affects the overall city competitiveness.  This research will provide new evidence of direct economic costs that are in addition to the health costs of air pollution. The team will work in close collaboration with several cities in studying these questions and will help city governments develop and implement policies to increase productivity while managing pollution.
Topics
Competitiveness
Environment
Health
Education
Jobs & Development
Countries
China
Poland
Regions
East Asia and Pacific Pollution and economic efficiency can be managed provided that is equal participation from all. If the world is concerned about these affecting productivity and air quality in general - there a number of steps that can be taken.How about constructing green/ecofriendly buildings? Or even using paints that are low on VOCs. This is just one suggestion but there are a number of steps that can be undertaken.

Thank you very much.
Your comments are useful. According to the IFC, almost half of all energy generated across the world is used to cool, light, and ventilate buildings, and more than half of all resources are used in construction. Please, follow the link to read more on IFC's work on Green Buildings:http://www.ifc.org/wps/wcm/connect/topics_ext_content/ifc_external_corp…

Mind blowing.. thanx a lot for sharing this excellent post...

Thank you for your comments!

I'm curious of what would the results of a study on Bucharest air pollution and its high-skilled job industry will be. I guess that these kind of studies are a more efficient way to convince countries or cities where air pollution is a problem to develop more sustainable ways of making a profit. Fossil fuel has its advantages in the short-term, but now we can have proof that it slows down the economy more than it fuels it.

Thanks for your comment!
Bucharest generates 25% of Romania’s GDP, and hosts 10% of the country’s population. Any improvements that can make Bucharest more environmentally friendly will have a big national impact.

Congratulations for the interesting project. Please keep us informed of the results, since it is a pertinent issue for both developed and developing countries.
Please consider including the example of Bulgaria where the Ministry of labour and social policy institutionalized through an official ordinance a policy providing direct subsidies to poor people to buy coal for heating. The emissions from burning it result in 10fold increase in air pollution during the winter. In this way the government, through institutionalized instruments and the state budget, is directly damaging the health of its own citizens.

Thank you for your comment. That is indeed an interesting issue.

The poorest quintile of the population in Bulgaria especially those living in informal settlements and lacking electricity access need the heating subsidy. It will make sense for the government to provide an alternative clean source for this program.

How about taxing carbon and gas heavily and then sharing out those revenues among all citizens? That aligns the fight against pollution with the fight against inequality.
http://teawithft.blogspot.com/2016/05/mexico-needs-carbon-and-petrol-ta…

Thanks for your comment.
Yes, there is a lot of literature around the topic of commodity prices to fight against pollution, it is a hot topic nowadays.

This is absolutely a major factor of many homes destructible air quality. Air quality must be clean and pure. As the world moving fast so this would be the hot topic of every home to how get better indoor air quality.

We rarely consider noise pollution but we should because we are bombarded with overwhelming sounds almost every day. These constant, incessant noises can wear us down and wreak havoc on our nervous systems, potentially leading to increased anxiety, stress, and other health issues.
According to the World Health Organization, road traffic is the biggest cause of noise pollution in cities. While noise pollution is most often caused by automobiles, motorcycles, and other traffic, airplanes, helicopters, loudspeakers, and construction all contribute to noise pollution as well.
Noise pollution is more than just an annoyance; it can also lead to adverse health effects. It can cause hypertension, it can increase stress levels and anxiety, and even lead to coronary artery disease.
Also...Studies have showed that in marine life, this type of contamination can be detrimental. Many marine organisms rely on their ability to hear for their survival. Sound is the most efficient means of communication underwater and is the primary way that many marine species gather and understand information about their environment.
Population of cetacean (whales and dolphins) has declined in areas prone to such noise pollution from ships.
Even though noise pollution is not visible like air and water pollution, it is a dangerous threat that humanity must put a limit to, because it means a tremendously negative impact on all forms of life on earth. Evidently it is impossible to eliminate all sources of noise pollution, but it is important to create strong limitations across all borders to control and decrease it to its smallest expression.