A housing policy that could almost pay for itself? Think retrofitting 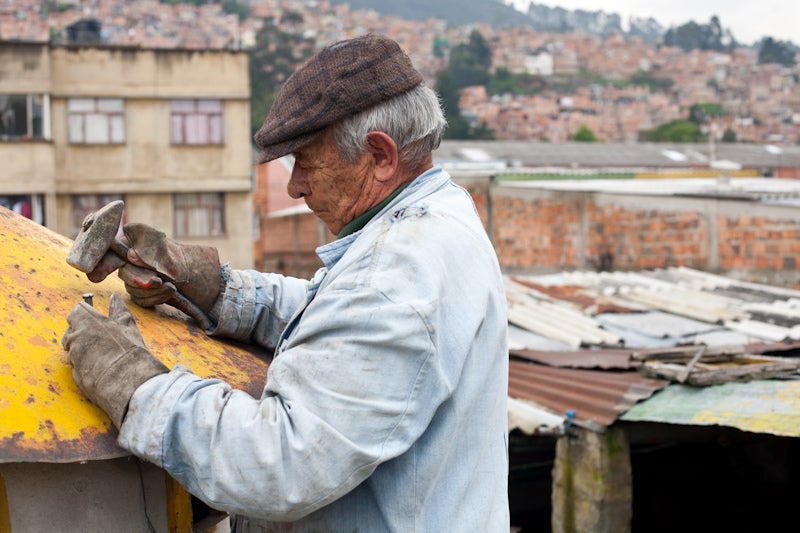 The demand for decent, affordable – and safe – housing for growing urban populations is a nagging problem for financially strapped governments throughout the developing world. According to McKinsey & Co., a third of the world’s urban population – 1.6 billion people – will be hard pressed to obtain decent housing by 2025.

Housing policymakers, however, have undermined their capacity to increase the supply of good housing , quickly, by strapping themselves inside the myth that it is always better to build new homes rather than strengthening existing ones.

In Colombia, for example, 98% of all housing subsidies fund the acquisition of a new house or apartment; almost nothing goes to retrofitting existing homes to withstand the forces of nature and the tests of time.

While new construction may be a more attractive way to create schools, hospitals, and other public infrastructure, housing is a bigger, more pressing and complicated problem that may have a simpler solution: Bringing existing housing up to a decent standard of safety through retrofitting.

It’s not only a more efficient way to deploy limited government subsidies, but also a strategy to leverage these public funds with another private source in reach of governments: homeowners.

This should come as welcome news for government budget directors, well aware that most of the people who need housing can neither afford the purchase price of a new home or qualify for a bank loan. In Latin America, for example, only 10% of home-owning families had taken out a loan to purchase their house, apartment or land.

Nor can any government on earth afford to hand out subsidies to help every needy family to purchase a new housing unit.

To improve housing, save lives, and build disaster-resilient cities and communities, we propose a two-fold strategy for financing a retrofitting program in less risky areas, where housing has been built with decent materials:

The capital is already flowing. For example, Colombia, Guatemala, Mexico, and Peru spend a total of $84 billion per year in housing – dozens of times more than what other governments spend on housing programs.

A housing retrofitting program also has multiple policy pluses:  Cynics about retrofitting are inclined to note that “Politicians see little value in standing for a picture in front of an ugly, retrofitted house. They prefer a shiny new building.”

But any housing official who initiated a policy to retrofit houses would be rewarded with improving the fortunes and saving the lives of people—especially the poor—in the next hurricane or earthquake.

To further the discussion with stakeholders and policymakers, the World Bank-supported Global Facility for Disaster Reduction and Recovery (GFDRR), along with international partners, are hosting a special plenary event at the World Reconstruction Conference 3 (WRC3) on housing on June 7. The plenary session will focus on housing recovery in a transformative manner that both reduces risks and builds urban resilience in increasingly dense and complex settings. Disaster risk management specialists from the World Bank, housing minsters from various governments, and private-sector representatives are set to share lessons on large-scale recovery programs. Follow @GFDRR @WBG_Cities and #WRC3 on Twitter. Hi! I am a student from McMaster University and I am researching retrofitting homes in order for multi family dwelling properties. I am currently engaging in looking at it from a sustainable and climate impact way. In this article you state a two fold strategy and in the second half you put "Create incentives for households to combine retrofitting with investments in improving and expanding their own properties". Could you unpack that for me a bit? I am seeing that you are saying making properties more viable for more people and I am just interested in more information on that. Also, this article is awesome!