Three misconceptions in the way of better housing policies 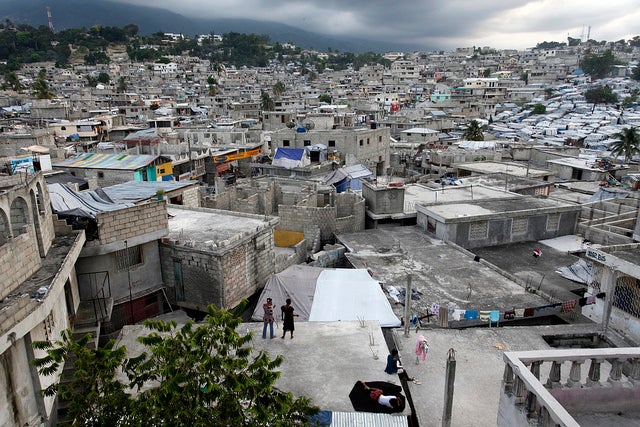 While the need for housing is widespread, individually people have different needs—depending on whether they are single, married, senior citizens, families with children, or members with disabilities. Despite the best of intentions of policymakers, "a roof overhead" remains an elusive goal for a large majority of the world’s people. Most households cannot afford even the cheapest house that fits their needs and qualifies as “decent,” and no government alone can close this gap with subsidies. Nor are we on track to build the 300 million new houses needed to close the housing gap by 2030.

1. Housing and employment policies are independent of each other.

Households need a continuous stream of income to pay for housing. Innovations are making economies more productive but employment more precarious. Automation has already wiped out good paying permanent jobs in formal economies, leaving many families dependent of “flexible working arrangements.” For example, 95% of the 10 million jobs created in the U.S. between 2005 and 2015 were “alternative work”—i.e. temporary, contract, or freelance assignments rather than traditional 9 to 5 jobs.

These flexible job markets are not being supported by equally flexible or tenure neutral housing policies, which are still focused on ownership and long-term mortgages. Governments that do not address this issue risk seeing their efforts at housing reforms actually increase credit defaults and the homeless population.

2. Incremental housing has no long-term prospects.

Most of the institutional structure for designing, financing, and subsidizing housing has been geared to those operating in the formal economy. And they are the minority in developing countries. If access to housing were a highway, those who had the cash to buy a house or the cachet to get a bank mortgage would be in the express lane speeding toward home ownership; while the rest of the road was a bumper-to-bumper traffic jam filled with those most in need of housing—“the informals.” In Sub-Saharan Africa, 70% of the 10 million people moving to urban areas every year end up living in slums.  Only about 2 million are lucky enough to live in a formal housing unit during their lives. The rest will have to be content with improving their existing informal homes gradually over time, but without access to the know-how to achieve even minimum safety standards.

Today, 1.2 billion people are living in substandard housing. By 2030, this figure is expected to reach 3 billion. Policymakers would better serve the needs of their constituents by balancing housing policies aimed at the acquisition of new housing units with those that help finance home improvements—and provide the technical assistance—so that people can bring their most important asset up to building codes.


3. The role of government in housing is best limited to post-disaster relief.

The data suggests that each new housing unit can create 3 full-time jobs, and it affects the ongoing debate on the role of government in housing, whether in supporting the construction of new houses or the retrofitting of informal ones. Advocates of government intervention argue that housing is as much a right as access to education or healthcare. For opponents, housing is a private asset subject only to limited government intervention, until an earthquake, flood, or hurricane leaves thousands of people injured or homeless. In the midst of public grief, everyone looks to the government for help in reconstruction, no matter how high the costs.

And the price tag—in terms of loss of life and property—is disproportionally higher in developing economies. After the 2010 earthquake in Haiti, estimated costs were larger than its annual GDP, mostly due to housing. The estimated costs of the 2011 Japanese earthquake were only 3.6% of GDP. Investing in making new—and existing—housing more resilient can close such gaps.
​
"Designing a dream city is easy," Jane Jacobs, the writer and activist for the social and economic benefits of cities, once noted. “Rebuilding a living one takes imagination." The challenge for policymakers in the developing world is to begin reimagining their cities with the realities of rapid urbanization, changing labor market, and inevitable natural disasters in mind. In that picture, affordable, safe housing—owned, rented, new, or retrofitted—looms large. The Government need to invest in low cost public housing for the people who can not afford to purchase property of their own specially now the way prices are shooting to sky the flip flop keep thousends of Unit empaty in the city because rents are too high. The Human being Need Food Clothes and Shelter their Basic Needs. Thank you

Nice to see a fresh, sound approach to the housing for the poor issue. International aid agencies have a long, long way to go in terms of improving their approach. At the international meetings , there is always a parade on "lessons learnt" where succes stories are told..never mind that "pilot" projects remain just that. How about a session on "mistakes repeated"? and some healthy humbleness?

Dear Vanni,
Thanks so much for your comments. You are absolutely right: learning about failures in previous housing initiatives is as important as learning about successes! Best, - L