Why cities matter for the global food system 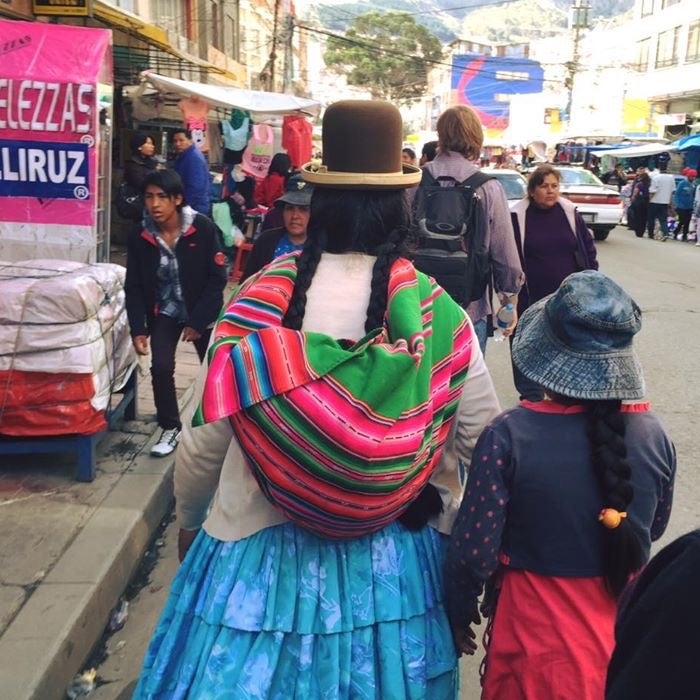 I was with the World Bank delegation at the Habitat III Conference in Quito last week, reflecting on the future of cities and speaking at a panel on food security. While there, I could not help but remember the story of Wara, an indigenous Aymara woman, one of eight children from a poor rural family living in the Bolivian Altiplano. Poverty forced her to migrate to the city when she was young.

Now living in La Paz, Wara has been working as a nanny in households for decades. She has three teenagers. Her oldest son is overweight and has already had several health problems. He occasionally works with his father building houses. The other kids are still in school and Wara hopes that armed with an education, they will be able to find a good job.

According to statistics, Wara is no longer poor. Indeed, Wara and her family are better off when compared to her modest origins. The truth is, however, that she is vulnerable and can easily fall back into poverty and hunger.

As in most Aymara families, Wara’s husband administers the money, including her own earnings, but she is the food-provider for the family. Each Saturday he gives Wara some money to get food for the week. She wakes up early to go to one of the four big markets in La Paz to buy basic staples such as potatoes, fresh vegetables, rice, sugar and oil, among others.

At the market, Wara doesn’t always find everything she needs. Climatic or logistic factors often hamper food deliveries to the city.  When this occurs, perishable food arrives in bad condition or with lesser quality, and many products are just thrown away.

The story of Wara illustrates some of the current and future challenges for the food system.

In the decades to come, the world will see at least 200 million people like Wara, seeking a better life in cities. By 2050, 6 billion people will be living in urban areas. If the global food system is supposed to feed the world, food security and nutrition in cities will become more and more important. From my standpoint I see at least three major implications for the urban development agenda. Last week, food security and nutrition was part of the discussion at the Habitat III Conference in Quito.

First, at both national and subnational levels, food policy should become an integral part of urban development policy.  The combined pressures of urbanization and its related social shifts, and the additional stress on natural resources, merit a more robust dialogue on urban food policy. The huge volume of food consumed by cities translates into an enormous daily logistical challenge. Large private and public investments are needed to ensure continuous supply. Addressing food security and nutrition in cities requires engagement at different levels, from a neighborhood-city level to the city region level. It is critical to address the supply chains that connect farmers to urban markets, with its implications on transport and logistics, storage, food safety, and so on.


Second, at the World Bank, we firmly believe that to feed the world we have to dramatically improve efficiency in food supply in urban areas. The fact that we lose over 30% of all food to waste is a matter of grave concern for us. This level of waste is unacceptable in a world with 800 million hungry people: it is a moral and ethical issue. It is a waste of money as well: $1 trillion a year, globally. In each supply chain, food losses and waste should be measured from farm to fork in order to identify those areas or links where loss can be minimized or eliminated. Local government should engage in this process not only to define tailored strategies—there is no one-size-fits-all solution for food supply in all urban areas—but also to stimulate  creativity in the private sector and  civil society. Happily, there is a number of social businesses across the world that are trying to tackle the food waste problem and change attitudes to waste, such as Rio de Janeiro restaurant Refettorio Gastromotiva which opened in August, and used surplus food from the Olympic village to feed hungry locals.

And third, the urban development agenda should prioritize gender issues. There is no way of improving nutrition outcomes in cities without empowered women.  Evidence indicates that over 50% of the reduction in underweight children in the last decades is attributable to improvements in women’s status. In many regions and cultures, women are the food-providers for their families. Strengthening women’s rights and capabilities in urban areas will definitely have huge impacts on undernutrition, obesity and micronutrient deficiencies.

At the World Bank we seek to build a food system that can feed everyone, everywhere, and every day.  It’s very clear that cities—and the people who live in them—have a pivotal role to play.
Topics
Agriculture and Food
Gender
Social Sustainability and Inclusion
Urban Development
Countries
Bolivia
Regions
Latin America & Caribbean Appreciate it for helping out, great information.