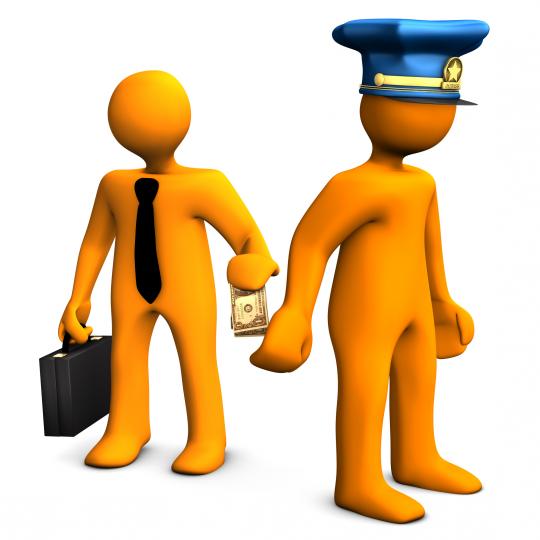 Corruption continues to plague customs administrations around the world regardless of their level of development and despite intense public attention.

Recent high profile cases in many first world countries reinforce what we always knew—that no country is immune, and that there are no quick fix solutions available. The very nature of customs work makes it vulnerable to many forms of corruption, from the payment of informal facilitation fees to large scale fraud and other serious criminal activities.

But this blanket generalization belies some genuine progress in countries where reforms are making a measurable impact on operational effectiveness and integrity.

Data from the World Bank’s Logistics Performance Index illustrates the progress that has been made by customs administrations in recent years particularly in South Asia and Sub-Saharan Africa.

Between 2007 and 2014, the number of respondents citing solicitation of informal payments as "often" or "nearly always" has fallen from 39 percent to 18 percent and 58 percent to 40 percent respectively.

Significant, but more modest, improvements were also recorded in the Middle East and North Africa (21 percent to 12 percent) as well as in East Asia and the Pacific (30 percent to 25 percent).

While this should provide some reinforcement to reformers, there is still a long way to go.

South Asia had an impressive drop, falling to 18 percent. But this is still much higher than the 2014 average of 7 percent across Organisation for Economic Co-operation and Development (OECD) countries. And in Latin America and the Caribbean, the numbers are not improving (36 percent in 2007 to 49 percent in 2014).

In recent years, there has been a positive trend for anti-corruption initiatives to be introduced as part of wider reform and modernization programs based on internationally accepted World Customs Organization (WCO) and World Trade Organization (WTO) standards. Reform efforts typically focus on reengineering systems and procedures to simplify and remove points which are vulnerable to corruption, introducing or expanding of automated systems to limit opportunities for face-to-face interaction between officials and traders, and improving transparency and accountability. These programs also typically include the introduction of codes of conduct, declarations of assets, and support for strengthening internal supervision and investigation capabilities.

The World Bank has been an active supporter of customs reform across the world for the past 20 years, having supported roughly 120 such programs. The Bank works closely with national reformers and has piloted a number of new, innovative strategies.

Two of these, in Cameroon and Afghanistan, deserve special mention.

Their approaches are relatively unique, reflecting very different circumstances. But they may have application in other countries.

Commencing in 2010 and building on previous reform efforts, the World Bank, with the support of the WCO, assisted the Cameroon Customs administration in introducing a performance contract system. This was designed to strengthen the chain of command by holding each link in the chain accountable, aided by the use of activity, performance, control, and risk indicators.

Cameroon Customs had been working to improve for years, but the director general was not satisfied with progress and wanted to initiate a second wave of reforms.

She commissioned the development of an integrity action plan with a specific focus on human resource policies through a monitoring and incentive framework. A pilot program was established and performance contracts for officials at the two largest customs offices were developed.

The results have been impressive.

Between 2009 and 2012, revenues increased by almost 0.3 percent of Cameroon GDP. Roughly 90 percent of declarations are now assessed on the day they are registered. The positive perception of customs officials rose from only 17 percent to 90 percent at the end of the pilot period, based on surveys of the private sector. The survey found the most important impact was the reduction in clearance times and the much improved attitude of customs officials.

Afghanistan is a different story.

The country is obviously in a much more complex geopolitical situation. The threat posed by corruption in customs has major implications on national security issues including terrorism and drug trafficking. For years, there had been little confidence in officials’ ability to effectively manage border integrity and security.

The World Bank started supporting customs reform efforts in Afghanistan in 2004. The focus was on infrastructure improvement, automation of customs procedures, and clarifying and reforming the roles and responsibilities of the government agencies operating at the border.
Automation, in particular, was a major reform facilitator as it reduced the face-to-face contact and negotiations that were then a central feature of the customs-business relationship. It also increased both transparency and national consistency as traders could no longer simply go to the border station that offered the best deal.

The results of these initial reforms were impressive.

Revenue collection increased from US$77 million in 2003-04 to more than US$900 million in 2009/10. Truck release times decreased substantially. At key border stations, they fell to under 40 minutes and as fast as 26 minutes from what was an average time of almost a day or more.

As in the Cameroon case, the Afghan Customs Department began regularly publishing revenue collection data, which increased transparency in procedures, and established mechanisms for regular contact with the business community supplemented by an integrity action plan.

In spite of these improvements, the overall corruption situation in Afghanistan did not significantly improve. Even the impressive revenue collection performance of customs and vastly improved border clearance times did little to change the business community’s continuing perception that customs was one of the three most corrupt institutions in the country.

The usual prescriptions had all been tried and were only partially successful at best. Key indicators had improved significantly, but corruption continued to be a key feature of cross-border trade environment. Understanding the particular circumstances that contributed to this situation in Afghanistan became a major development objective.

The World Bank began working with the Afghan Customs Department and other development partners to develop a new quantitative approach to identifying vulnerabilities to corruption in the customs and border management process.

The GAT tool breaks down individual elements of the border management process into a series of procedural steps and maps the points that are most vulnerable to corruption. Using some sophisticated modeling tools, it also identifies the corrective strategies with the greatest impact and the highest probability of success.

The GAT is now being developed as a generic tool for application in other border management environments.

Still, the GAT and the reforms mentioned above may not be suitable in all instances. Different environments present different challenges and often require different solutions, but some lessons apply across all borders.

The Cameroon example highlights the importance of identifying individual and team accountabilities for performance and the power of accurately measuring results over time.

The Afghanistan example shows the value of carefully assessing key vulnerabilities at the process level and targeting reform efforts where they have the most impact and highest probability of success. It also illustrates the need to look beyond customs when tackling corruption vulnerabilities at borders.